Choosing Between Socialism or Plutocracy 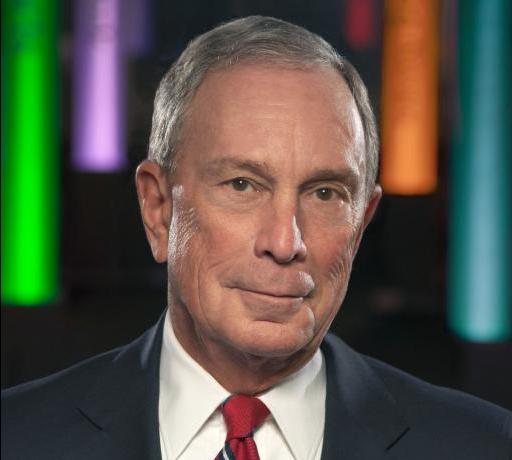 The Democratic presidential campaign is shaping up to be a contest between Bernie Sanders and Mike Bloomberg.  That is, a choice between socialism and plutocracy.

Plutocracy means government by the wealthy.  Not long ago, Democrats were warning against the influence of too much money in elections and were railing against “the rich,” the “1%.” Now that the relatively centrist Joe Biden is fading, many Democrats and particularly the party establishment, are looking to the billionaire ex-mayor of New York City to save the party from a too-radical Sanders nomination, which they believe would be easily defeated by Donald Trump.

The coldly-calculating Bloomberg, who has refused to enter the energy-draining but delegate poor early primaries and caucuses, has poured money into the Super Tuesday states, which will award one-third of the total convention delegates on March 3.  Bloomberg has spent some $417 million already, compared to $60 million spent by Sanders and $12.3 million by Biden.  The Bloomberg organization says that their candidate is willing to spend $2 billion for the nomination and the general election.

But don’t we already have a plutocracy, with a billionaire in the presidency?  Yes, Donald Trump has a net worth of some $3 billion.  Bloomberg has $65.2 billion–about 22 times more money than Trump has–making him the 8th richest man in the world.

For all his wealth, Trump is a populist, with a working class base and protectionist economic policies designed to help workers rather than multi-national corporations.  Bloomberg, on the other hand, is the elitist kind of billionaire, who has derided farmers and factory workers as being intellectually lacking.

Though Bloomberg is trying to buy the centrist vote, he seems to be taking few centrist positions–except for favoring capitalism over socialism–and has gone all in for raising taxes, investing trillions to combat global warming, advocating abortion, controlling guns, supporting the LGBT revolution, and most of the other causes on the progressive check list.  (Then again, the same can be said of the other “centrists” in the race, who have been limiting their conservatism to allowing the private sector to retain a role in their national health care plans.  The most moderate comment so far has been Amy Klobuchar saying that despite her pro-abortion beliefs, she would welcome the support of pro-life Democrats, which is more than any of the other candidates would do.)

But Bloomberg represents an important constituency in the Democratic party and a major strain of American progressivism.  He stands for “woke capitalism,” the ideology of Silicon Valley, Hollywood, Wall Street, the multi-national corporations, and lots of  affluent white suburbanites.  These groups are very interested in making money, but they also hold extremely liberal positions on social issues.

“Woke capitalism” differs from traditional capitalism, which favors not only free markets but freedom in general.  Traditional capitalists are often libertarians, which can (but does not always) mean they too can be liberal in their social beliefs, but they distrust big government, fearing government intrusion into the workings of a free market.  “Woke capitalists,” on the other hand, do support big government, which can advance their causes, orchestrate the economy according to their interests, and control the population for the general good.

Furthermore, the ideology of progressivism was never just about politics.  The early progressives believed that modern science, as applied by experts, could solve social problems, which they saw as relics of a less enlightened time.  These self-styled “pragmatists”–such as John Dewey and Woodrow Wilson–saw the Constitution, human rights, and moral absolutes as old-fashioned concepts unsuited to the modern world.  They believed that social scientists, empowered by a strong-enough government, could solve the problems of poverty, crime, and unhappiness, unencumbered by restricting ideologies from the past.

Jonah Goldberg shows how Bloomberg fits into that tradition:

As mayor of New York, he was a poster boy for a kind of arrogant progressive, post-partisan technocratic government that prizes data over feelings. The data showed that obesity cost the health-care system money, and since sugary sodas contributed to obesity, Bloomberg clamped down on them. The data showed that young black men committed most of the gun homicides, so Bloomberg clamped down on them with stop and frisk. . . .

Bloomberg’s antecedents can be found in democracy-skeptical “disinterested” progressive pragmatists such as Walter Lippmann, Oliver Wendell Holmes and the “Wisconsin School” economists.

Rich Lowry further documents Bloomberg’s “technocratic” and thus authoritarian approach to government.  Lowry quotes a dismissive comment Bloomberg made about the Constitution, which reflects “the olden days” and cites his affinity for the “administrative state”–with its bureaucracy, regulations, and experts–as opposed to democratic government:

The signature Michael Bloomberg initiative is the ban — of smoking, of large sodas, of guns. He is most comfortable when he is prohibiting things that people should know better than to consume or own. The spirit of these initiatives was undemocratic and in some cases, the method was, too. Bloomberg bypassed the city council when attempting to impose his soda ban, instead getting the board of health to issue a diktat against 16-ounce sodas sold at the wrong establishments. . . .

Bloomberg considers the U.S. Constitution an anachronism that poses obstacles to the initiatives of right-thinking people. Why should an 18th-century conception of rights get in the way of a 21st-century government, especially when health and safety are at stake? . . .

Bloomberg’s technocratic instincts. . .run with the grain of contemporary progressivism. There will be no checks on his natural tendency toward unilateral rule through the administrative state.

So which would be better, or perhaps the lesser of two evils?  To live under socialism or a plutocracy?  A President Sanders or a President Bloomberg?

Sanders, in his Marxism, wants workers to unite and to throw off their chains.  Bloomberg would want to tighten up those chains, for the workers’ own good.  Then again, Marxism also tends to authoritarianism, once the Revolution is over.  And probably the best example today of the fusion of leftist ideology, money-making prowess, and technocratic, anti-democratic authoritarianism, is China.  So maybe China and Bloomberg represent our post-ideological future.

Or maybe the Democrats, faced with the choice of socialism or plutocracy, will concede not just the right but the center to Donald Trump, making him look like a moderate and assuring his victory.

February 21, 2020
The Coming Drop-Off in Church Giving?
Next Post