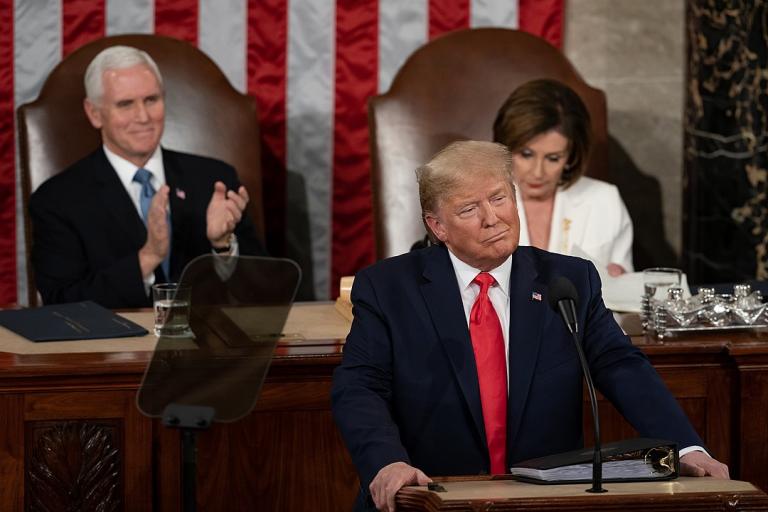 The effort to impeach President Trump and remove him from office came to an end, as the Senate voted to acquit him on both charges.

What did Democrats get from their five month effort?  President Trump has his highest approval ratings ever, reaching 49%.

The vote in the Senate trial was along partisan lines except for former Republican presidential nominee Mitt Romney (R-Utah), who voted to convict on the abuse of power charge. (The vote was 52 no-48 yes on abuse of power; 53 no-47 yes on obstruction of Congress.) Democrats claimed Republicans in the Senate were just being political, as if the Democrats in the House who drew up the articles of impeachment were not.  Observers said the Democrats did not handle the trial well (see this and this).  Instead of even trying to win over Republicans, they insulted them.  But the whole process was an exercise in futility, since there was no way the Democrats could reach the two-thirds majority necessary to convict.

Trump’s victory in the impeachment attacks was preceded by a victory with his State of the Union address.  (Go here for the full text.)  Here we see how effective Trump can be when he controls himself.  He didn’t so much as mention impeachment, nor did he crow about the Democrat’s Iowa caucus debacle, nor did he attack his critics.  He didn’t have any emotional outbursts that make him look bad.  He left that to the Democrats.

The first part of his speech was a long litany about just good the economy is, how it’s a “blue collar boom” that is helping lower income folks most of all.  He talked about how unemployment among black Americans is at its lowest level and how the number of black Americans in poverty has diminished.

At every bit of good news and heart-tugging moments from invited guests, the Democrats ostentatiously scowled.  Advice to the female Democrats in their suffragette-honoring white dresses:  Don’t make yourself so visible!  Viewers couldn’t really tell how the male Democrats in suits were reacting.  But to see the ladies, as a large group, reacting with such disrespect and insensitivity was not a good visual for Democrats.

To top it off, at the end of the speech, Speaker of the House Nancy Pelosi stood up and tore up the president’s speech!  The president is constitutionally required to present to Congress a report on the state of the union, so delivering a written document–more so than giving it as a speech–is an important and meaningful ritual.  That Pelosi tore it up showed disrespect not only to the President but to the Constitution.  Though some liberal pundits and Democrats on social media praised what she did, I suspect it repelled most Americans.

According to polls, 76% of viewers had a positive reaction to Trump’s speech, with 59% “very positive” and only 23% with a negative reaction.

And no wonder.  As a New York Post editorial pointed out, Trump “seized the center.”  His speech was not just a right wing harangue, as many people expected.  Trump has never been a conventional conservative.  Yes, in his speech he was pro-life, pro-religious liberty, and pro-Second Amendment, but he also promised social programs, more spending, and restraints on capitalism.  In the words of the editorial, “President Trump seized the center with a powerful, patriotic and utterly centrist speech.”

And why not?  The Democrats have been repudiating the center, even though that’s where most of the votes are.

The Iowa caucus fiasco also made Democrats look bad.  But lost in the display of incompetence is that Joe Biden, the closest things Democrats have to a moderate, lost!  The results are still not conclusive, but according to this tally, Biden won only 13.7% of the vote, which means he gets no delegates!

Sanders reportedly has a strong advantage in New Hampshire, which holds its primary next week.  If Democrats are abandoning Biden, that means they turning against the candidate who arguably has the best chance of beating Trump.

If Trump gets re-elected, as seems increasingly likely, the Democrats will have only themselves to blame. 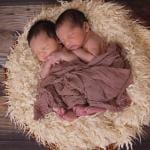 February 5, 2020
Evangelicals' Birth Rate Is Now Nearly as Low as That of Secularists
Next Post 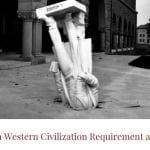 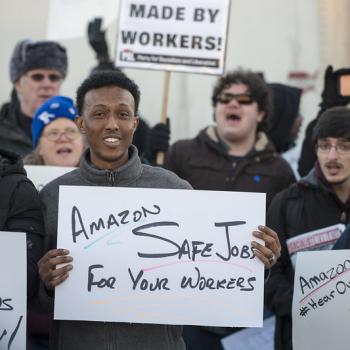 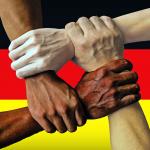