A Nomination for Lutheran Sainthood? 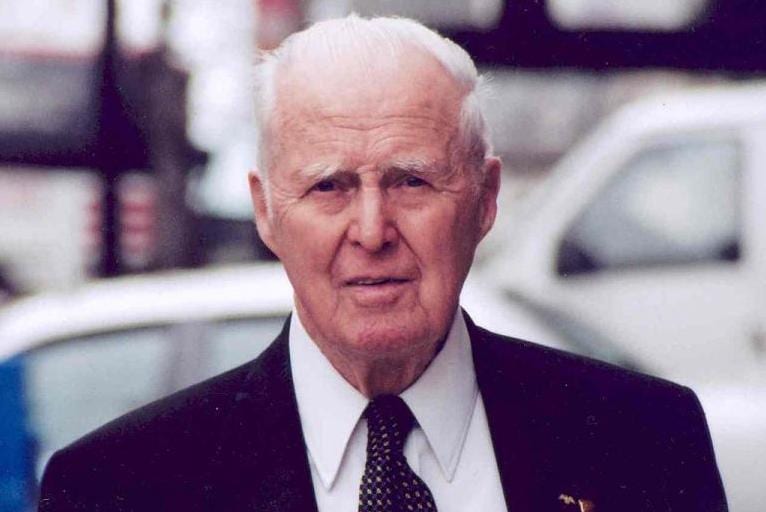 Although we Lutherans will use the title “saint” to refer to Biblical heroes of the faith, such as “St. Paul” and “St. John,” we don’t have a mechanism for giving other Christians that title.  Indeed, we affirm that ALL Christians are “saints,” as well as simultaneously being “sinners.”

But if we did have some kind of process for recognizing remarkable and imitation-worthy Christians, which we don’t and don’t want to, I would nominate Norman Borlaug.

The Roman Catholic Church, which has such a process, requires that the person recommended for sainthood perform miracles.  How about this miracle from Norman Borlaug?  Eliminating world hunger.

Borlaug was the scientist who launched the “green revolution”–not “green” as in environmentalism, but as in an agricultural revolution on a par with the industrial revolution.  By crossbreeding and genetic study (not genetic modification), Borlaug developed new strains of crop plants that resisted disease and insects, grew better, and produced much greater yields.  As a result, combined with innovative farming practices that Borlaug also developed, the global food supply soared.

Thanks to Borlaug, the perennial problem of global hunger essentially went away.  Of course, hunger and starvation still exist, as in North Korea and Venezuela, but the reasons now are mainly political and economic.  But there is plenty of food.

Borlaug is credited with directly saving over a billion lives.

Although he concentrated his work on poor countries with food problems–particularly Mexico, India, and Pakistan–his innovations have also helped those of us in more developed nations.  Americans now spend just 9.7% of their disposable income on food.  Throughout history, getting enough to eat has been a major preoccupation for human beings in a never-ending struggle for survival.  Now we Americans have food even in the midst of an epidemic and economic shutdown (though, as we blogged about earlier this week, those political and economic factors are getting in the way).

Malthus (1766-1834) had predicted that since population rises at a greater rate than growth in food supplies, overpopulation would lead to mass starvation.  His theories led to the “population explosion” fears, as in the books of Paul Ehrlich, who predicted in 1968 that India would be doomed by 1980 and that nothing could save its vast population.  That was about the time Borlaug went to India, where he solved its food problem, which, in turn, became the foundation of its economic Renaissance.

Borlaug won the Nobel Peace Prize in 1970.  Also the Presidential Medal of Freedom and the Congressional Gold Medal, among many other honors.  The magicians and fraud exposers Penn & Teller hailed him on their TV show as the “Greatest Human Being That Ever Lived,” even though, they observed, “you’ve probably never heard of him.”

Borlaug lived 95 years, from 1914 to 2009.   I blogged about him when he died.  Read his Wikipedia article for his life, research, and contributions.

As that article says, Borlaug was a life-long Lutheran.  His parents were Norwegian-American farmers who settled in Iowa.  He was baptized and confirmed in the Saude Lutheran Church, presently a congregation of the Evangelical Lutheran Synod.  He attended the University of Minnesota, though he at first failed the entrance examination, going on to get his Ph.D. in plant pathology and genetics.  At some point he became affiliated with the Evangelical Lutheran Church in America.

In an obituary published at the ELCA website, the pastor who presided at his memorial service in College Station, Texas, where Borlaug served on the faculty at Texas A&M,  said that the scientist often talked about his Lutheran faith.  And the pastor observed, “He got the connection between his faith and his commitment to his work.”

That is to say, he “got” vocation.

What qualifies Norman Borlaug for the Lutheran equivalent of sainthood is that he carried out his work in light of the doctrine of vocation.

He loved and served his neighbors by using his God-given talents and opportunities.  God worked through him to bless the world.

God, in his government of the world, mitigated human hunger through natural, physical means:  a scientist studying and applying His creation.  God preserves and sustains His temporal kingdom primarily by means of material reality and vocation, and he did so in a spectacular way through an Iowa farm boy who at first flunked his college entrance exam.

All of this is very Lutheran.

Why do I bring up Norman Borlaug now?  Because a PBS documentary is attacking his legacy.  In “The Man Who Tried to Feed the World: A Tale of Good Deeds and Unintended Consequences,” Borlaug is given credit for his work in feeding the world.  In the words of a critique of that documentary in the Wall Street Journal, the film goes

light on the lives saved and heavy on the “unintended consequences.” These include everything from diminished water supplies and depleted soil to increased urbanization in Mexico and a “broken society” in India.  What these critics never say is what the alternative was, or answer whether their implicit message is that it might have been better if Borlaug had done nothing and let tens of millions of people starve.

But even in his lifetime, Borlaug had his critics.  The Wikipedia article quotes his response:

Of environmental lobbyists opposing crop yield improvements, he stated, “some of the environmental lobbyists of the Western nations are the salt of the earth, but many of them are elitists. They’ve never experienced the physical sensation of hunger. They do their lobbying from comfortable office suites in Washington or Brussels. If they lived just one month amid the misery of the developing world, as I have for fifty years, they’d be crying out for tractors and fertilizer and irrigation canals and be outraged that fashionable elitists back home were trying to deny them these things.”

He did take environmental concerns seriously, pointing out that increased crop production can prevent deforestation, which is usually caused by the need for ever more farm land.  But I most appreciated this answer:

He stated that his work has been “a change in the right direction, but it has not transformed the world into a Utopia”.

He was not presuming to solve all the world’s problems by his own human efforts.  Utopias in this fallen world are impossible–those cursed man-made political and economic problems keep getting in the way–but we can do what we can.  We can do what we are called to do. This too is very Lutheran. 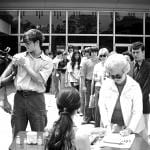 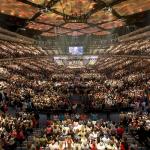 April 30, 2020 The End of Big Churches?
Recent Comments
0 | Leave a Comment
Browse Our Archives
get the latest from
Cranach
Sign up for our newsletter
POPULAR AT PATHEOS Evangelical
1