Singing Is Unlikely to Spread COVID-19 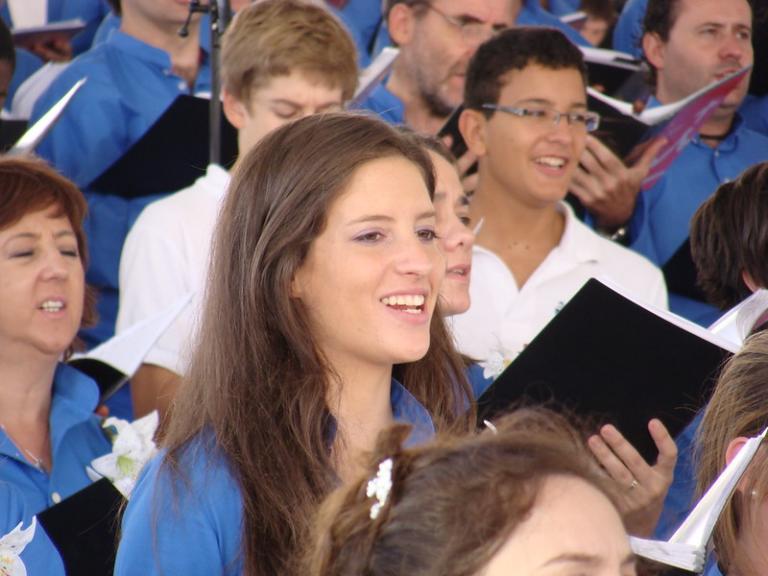 UPDATE:  As so often happens, we are getting competing studies.  I will just say that the professional music organizations are recommending that, just to be completely safe, churches should refrain from singing.

I blogged about how our congregation, when we got back to in person worship, didn’t sing, following some best practices guidelines about conducting services so as to avoid spreading the coronavirus.  In response to some questions, I did some more research and found that singing in church is almost certainly safe after all.

This story sums up the case for not singing:  German churches stopped singing to prevent virus’s spread. Should Americans clam up, too? The fear is that singing projects out from the lungs respiratory droplets that could contain the COVID-19 virus.  The story cites cases in Washington state and in Germany cases where an outbreak of coronavirus was traced to choir practices, but that could have been due to simple proximity.  Still, churches in Germany are doing without their choirs and congregational singing, and some American church bodies and congregations are following suit.  Mendocino county in California has gone so far as to ban churches from singing, even during online services!  Still, the experts quoted in the story–which is by Sarah Pulliam Bailey, a very good Christian journalist–expressed uncertainty on the issue.

But now we have an actual experimental study of the matter by two German scientists, who conclude that singing is unlikely to spread the virus.

From Norman Lebrecht in the arts & music site Slipped Disc, Two Scientists Pronounce Singing in Church to Be Covid Safe

Professor Christian Kähler and Dr Rainer Hain from the military university in Munich have been conducting experiments with singers and orchestral musicians to determine whether their activities can spread the Coronavirus.

The initial results from the Institute of Fluid Mechanics and Aerodynamics are encouraging.

Air was only set in motion no more than ​​half a metre in front of the mouth, making virus spread beyond that ‘extremely unlikely’, according to the study leaders. Kähler nonetheless recommended a 1.5 metre safety cordon in a choir or church of 1.5 meters, as well as distancing between singers to prevent droplet infection.

As for orchestral instruments, trumpets and trombones also affect the air only as far as half a meter.  Woodwinds, interestingly, have a farther effect, moving the air in a range of one meter, with flutes going beyond that.

This makes sense.  Music consists of sound waves.  We don’t hear because air from one person’s lungs is projected out until it hits our ears.  A wave is energy that travels through a medium.  Throwing a rock in the water will create waves that will reach the shore, but the water isn’t traveling, just moving other water. Similarly, singers use their diaphragms to create vibrations in the air, which eventually register on the listeners’ eardrums.  But what reaches the listener is not the same air that comes out of the singer, infected or otherwise.

Coughing, of course, does project air out a much further distance.  Hold your hand in front of your face and cough, then sing.  You can tell the difference.

But social distancing of six feet, or a meter and half, should be plenty of protection.  Singing as such evidently poses little, if any, additional risk.  At least according to this study, which the researchers admit is not definitive.

UPDATE:  Here is another discussion of the issue from Christianity Today, on the controversy in Germany, emphasizing the “don’t sing” side.  It cites this 2019 study, which, however, focuses on droplet transmission in speech and how the number of droplets increases with the loudness of the speech.  It does mention singing, citing an study from 1997 that found singing to generate 6 times more droplets than speaking, about the same as coughing.  But none of these studies seem to address the distance that the droplets are projected, which this more recent German study concentrates on.

Standing close to anyone who is speaking or breathing on you can transmit droplets, but this is what the “social distancing” rule of staying six feet or 1.5 meters away addresses.

UPDATE:  Before you make a decision about this, you might want to read this article also.  It says that loud talking and singing can create a cloud that can go as far as 23 or 27 feet.  But it distinguishes between “aerosol” particles that linger in the air and the heavier “droplets,” which is the way COVID-19 is transmitted and which can only go for three to six feet.  The article says that some people want to classify COVID-19 as an “airborne” disease, which would implicate the aerosol particles, but that there has been no evidence of any infections that way to date. 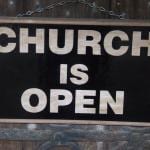 May 13, 2020 Give Us All $2000 per Month, Pay 80% of Our Salary, or Pay our Housing?
Recent Comments
0 | Leave a Comment
"The problem I am trying to look at is one of human finitude. We take ..."
Bill Powers Thanksgiving and the 1620 Project
"Satan has you right where he needs you. Doing Satans dirty work lying to people ..."
D.M.S. Republicans Should Be Party of Working ..."
"Yes and I’ll enjoy every minute serving our Lord Christ Jesus and praying for people ..."
D.M.S. Republicans Should Be Party of Working ..."
"Article 1 Section 8 of the U.S. Constitution grants to the Congress "exclusive Legislation in ..."
pasro Why Republicans Are Likely to Win ..."
Browse Our Archives
get the latest from
Cranach
Sign up for our newsletter
POPULAR AT PATHEOS Evangelical
1