USA as a “Failed Social Experiment”? 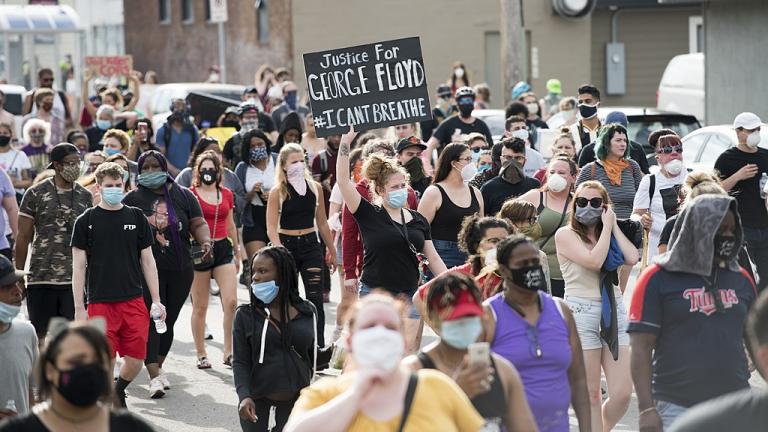 Rioting, looting, and arson have broken out in American cities in reaction to a Minneapolis police officer killing a black man in custody by kneeling on his neck.  Mass protests have broken out in response to the coronavirus shutdowns, which have devastated the economy and thrown millions out of work.  Our political system is dysfunctional. Capitalism needs a government bailout, as many Americans are calling for socialism.  The nation is polarized into hostile political and cultural camps.  The national debt will soon surpass our gross national product.  Civil liberties are suspended.  And no one seems able to solve our social, economic, and cultural problems.

Is the United States of America–as a free, democratic Constitutional republic–coming to an end?  Do we need a new kind of government?  A new economic and social order?   Some prominent people on both the left and the right are saying so.

The prominent African-American intellectual and Harvard professor Cornel West told CNN, “I think we are witnessing America as a failed social experiment.”

And now our culture so market-driven, everybody for sale, everything for sale, you can’t deliver the kind of really real nourishment for soul, for meaning, for purpose. So when you get this perfect storm of all these multiple failures at these different levels of the American empire, and Martin King already told us about that.

The police brutality in Minneapolis and elsewhere with the ensuing riots, he said, demonstrates that capitalism has failed black Americans.  And so has American culture.

Prof. West, a Democratic socialist, says that we are now ruled by a “neofascist gangster in the White House” and that the “neoliberal Democrats” are little better.  “We’ve reached a point now a choice between nonviolent revolution — and by revolution what I mean is the democratic sharing of power, resources, wealth and respect. If we don’t get that kind of sharing, you’re going to get more violent explosions.”

That’s coming from the Left.  But prominent figures from the Right have been saying something similar.  We have been blogging about this (see, for example, here and here).  Some conservatives are saying that our ideology of freedom has led to the destruction of the morality that is necessary for any society.  Democracy has become nothing more than mob rule.  Free market economics has led to consumerism and commercialism, which is toxic to our culture.

Respected conservative leaders are calling for a conservatism built around the “common good,” one which subordinates traditional conservative principles such as liberty, capitalism, and individual rights to what what is best for society as a whole.  Some conservative intellectuals have gone so far as to advocate a non-democratic authoritarian government.

Some Christian thinkers are proposing a revival of “integralism,” in which the church is integrated with the state, and, indeed, exercises authority over the temporal order.  This is mainly a Roman Catholic ideal, a return to the medieval hierarchy in which the Pope claimed ultimate authority over earthly rulers.  Though the Reformation ardently opposed the political rule of the church, integralism today has Protestant forms in the various  “dominionist” movements, such as “theonomy” among the Reformed and the  “Seven Mountains” movement among the Pentecostals.

So what do you think?  Is the U.S.A. a “failed social experiment”?  Do we need to come up with a better system than our current Constitutional order?

I would say that before we say that our system of rights and liberties has failed, we should try it out more than we have.

George Floyd, the man accused of passing a counterfeit $20 bill who was killed by the police officer, had his liberty taken away from him and his rights were violated.  Giving the government–that is to say, the police–more power would not have helped him.  In a police state, the government’s knee is on everyone’s neck.

The coronavirus shutdown is another “social experiment.”  Civil liberties, capitalism, constitutional rights, are all being sacrificed for the “common good” of limiting an infectious disease.  And yet, as Rich Lowry points out, “common good conservatives” are among the biggest complainers.

Those who are advocating a more authoritarian government are naive if they think that conservatives or Christians will be in charge.  In today’s cultural climate, they will not be the ones defining the “common good.”  And if we had a different culture, which conservatives and Christians should indeed be striving to build, we would not need their authoritarianism.

Dismantling democracy and human rights would only give the anti-Christians total power.  Christians need those rights for their own protection, and they need democracy to retain any say whatsoever.

I don’t mean to denigrate Sen. Josh Hawley‘s “common good conservatism” or Sen. Marco Rubio‘s “common good capitalism.”  I think they make some valid points and have some good ideas.  I happen to believe, as I think these senators and others in this camp do, that individual liberty and Constitutional rights are part of that common good.  I even agree with Cornel West that “our culture [has become] so market-driven, everybody for sale, everything for sale, you can’t deliver the kind of really real nourishment for soul, for meaning, for purpose.”

I think that the problem in all of these ideologies–conservative, libertarian, liberal, post-liberal, socialist, integralist, etc.–is utopianism, or at least utopian expectations.  The human condition being what it is–namely, sinful–NO ideology is going to solve all of our problems.  A political or economic system may sound ideal theoretically, but it will not work as advertised in this fallen world.  Not only that, the followers of the ideological system will not be able to live up to their own high ideals and will tend to violate them once they get into power.   Furthermore, none of these ideological systems can prevent or fully deal with the problems that will arise, such as epidemics or police brutality.

That includes our current Constitutional order.  But I think it remains the best option, since it builds in limits to what our government can do to us, distributes political power very widely and thus dilutes it, and offers protection to individuals and minority groups, including Christians.

Photo by Fibonacci Blue / CC BY (https://creativecommons.org/licenses/by/2.0) via Wikimedia Commons

June 2, 2020 Lessons from Roman Persecution
Recent Comments
0 | Leave a Comment
Browse Our Archives
get the latest from
Cranach
Sign up for our newsletter
POPULAR AT PATHEOS Evangelical
1