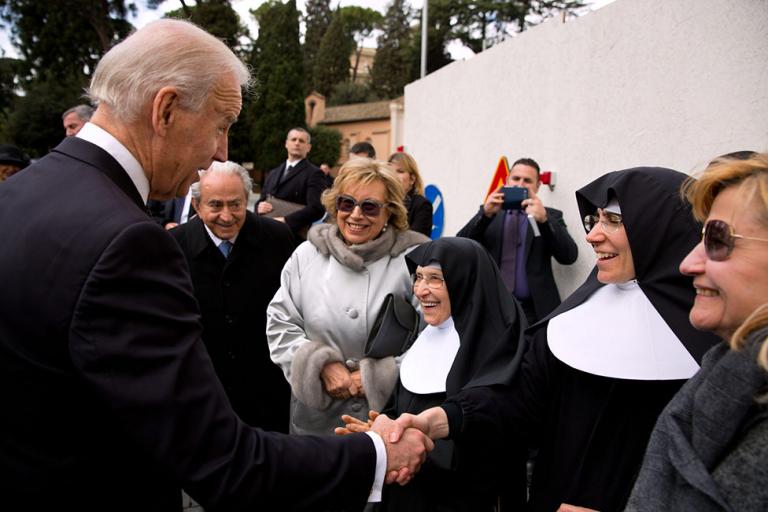 After Sister Dede Byrne gave her pro-life speech at the Republican convention, as we blogged about yesterday, the legendary football coach Lou Holtz gave his talk.  He said that “the Biden-Harris ticket is the most radically pro-abortion campaign in history” and that Joe Biden and other pro-abortion politicians “are Catholics in name only.”

Politico reporter Tim Alberta, covering the proceedings, was taken aback.  He had never heard the expression “Catholics in Name Only”:

I’ve covered abortion politics for a long, long time. “Catholics in Name Only” is something I’ve never heard before. And my guess is that the one-two punch of Holtz and Sister Byrne will make for a popular video package that will be circulating among Catholics before week’s end.

Though, apparently, Holtz did not coin the term, which, along with its abbreviation “CINO,” is documented elsewhere.

But “in name only” is a useful concept. It describes someone who “identifies,” as they say, as a member of a group, while rejecting what that group stands for.

Thus we have “Republicans in Name Only,” with the acronym RINO, which spells out an animal that rivals the GOP Elephant, which works well for editorial cartoonists.  There are also Democrats in Name Only, DINOs, a pre-historic reptile.  I have also heard “Lutherans in Name Only” (LINOs), referring to members of Lutheran churches who would really rather be mainline Protestants, non-denom evangelicals, or Catholics.  (What other versions have you heard?)

Today, “identity” is considered to be determined by the affirmation of the self.  A man who identifies as a woman is considered a woman, and any objective criteria–such as the makeup of the person’s body and every cell thereof–are considered irrelevant.  So if a person identifies as a Republican or a Lutheran or a Catholic, who can possibly object?

To be sure, there are some identities that are objective categories and do not depend on particular beliefs or practices.  I don’t think it makes sense, for example,  to accuse someone of being an American in Name Only, though I have heard that, since American citizenship is not dependent on ideology.  And sometimes the defining beliefs are not so clear and well-established, so that the different factions in political parties often accuse each other other of being “in name only.”

But religions are defined by their beliefs.  If you don’t hold to a religion’s beliefs, you don’t really hold to that religion.  Of course, many religions are quite open-ended, allowing adherents to believe whatever they want, in some cases, but Catholicism is not that kind of religion.  Rather, its tenets are all spelled out.  (The same is true for Lutheranism.)

So is Joe Biden a “Catholic in Name Only”?  He has been a member of Catholic parishes his whole life.  He regularly attends Mass.  He carries his rosary around.  He speaks about how his faith helped him deal with the tragic deaths of his wife and two children.  The Democratic Convention highlighted Biden’s Catholicism and, rather uncharacteristically, was replete with religious references.

Biden credits inspiration from nuns, who taught him in school, for his social justice commitments.  And yet, ironically, he has said that if elected he will reverse the rulings that exempted the Little Sisters of the Poor from having to pay for contraceptive coverage.  But Catholic politicians often invoke the church’s care for the poor, opposition to capital punishment, environmentalism, and other social teachings.  But how can Catholic politicians–particularly a seemingly devout Catholic like Biden–be so supportive of abortion, which the church teaches is an especially great evil?

Pro-abortion Catholics say they oppose abortion personally, as a matter of their faith, but they do not believe in imposing their religious beliefs on anyone else.  But why doesn’t that principle apply to their advocacy of other Catholic social teachings?  Why don’t they set aside their church’s teaching about preferential treatment for the poor for the same reason?  The answer is that some of these teachings are not religious as such, but moral, and, according to Catholic ethical teachings, morality has to do with the natural law, applicable to all human beings, and not just to adherents of a particular religion.

Last December, Biden published a op-ed on “Restoring the Soul of Our Nation.”  Here is part of his testimonial (my bolds):

I’m running to restore the soul of our nation.

I first learned those values growing up in a Catholic, middle-class family in Scranton, Pennsylvania, and Claymont, Delaware. I learned them at my father’s dinner table, at Sunday Mass and at St. Paul’s and Holy Rosary Elementary. The nuns there taught us reading, writing, math and history — as well as core concepts of decency, fair play and virtue. They took as a starting point the teaching from the Gospel of Matthew: “Whatever you did for one of the least of these brothers and sisters of mine, you did for me.”

My whole idea of self and family, of community and the wider world, stems from those lessons. They drilled into me a core truth: Every single human being deserves to be treated with dignity. Everyone. The poor and the powerless, the marginalized and vulnerable, the least of these. That has been the animating principle of my life and my faith.

How can “everyone” not include children in the womb?  Who is more poor, powerless, marginalized, and vulnerable than a developing baby?

So is Biden a “Catholic in Name Only” or just a liberal Catholic or just one of the many Catholics today who reject their church’s teachings about sex, gender, and life?  Very likely, Biden exemplifies the current dysfunctional state of American Catholicism.  Perhaps he reflects the reality of Catholicism today, in which case he is not “Catholic in name only.”

It seems that Biden does have at least a residual commitment to the Catholic church.  Like other liberal Democrats, he used to be pro-life, before that position went against the grain of the party and his political career.  At least he supported the Hyde Amendment, forbidding taxpayer money from paying for abortions, until this presidential run, when his opponents criticized him for it.  So is he just weak or hypocritical or confused?  Perhaps he may someday be changed.

We Reformation Christians (who are not LINOs) know that sin is pervasive, that it distorts how we think, and that self-righteousness is deadly.  The ideal of being a “good Catholic” is a myth.  We need Christ’s forgiveness.

Being a Christian “in name only” gets us nowhere.  We need faith “in the only name.”  As St. Peter said of Jesus, “there is no other name under heaven given among men by which we must be saved” (Acts 4:12). 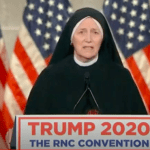 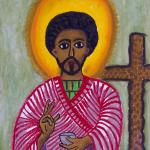 September 3, 2020 Luther and Africa
Recent Comments
0 | Leave a Comment
""... American culture changed and we all changed with it."Or vice versa?"
Tom Hering Religious Affiliation RISES with Education
"Those are some good beats. Here's the ones at the top of my mind:https://www.youtube.com/wat...https://www.youtube.com/wat..."
SAL DISCUSS: What Are You Thankful For?
"I am thankful for my four children.Several years ago my wife had a miscarriage. We ..."
SAL DISCUSS: What Are You Thankful For?
"He was an English professor and not a Mathematician right?"
SAL Religious Affiliation RISES with Education
Browse Our Archives
Related posts from Cranach