The Supreme Court Vacancy & the Pro-Life Cause

The Supreme Court Vacancy & the Pro-Life Cause September 21, 2020 Gene Veith 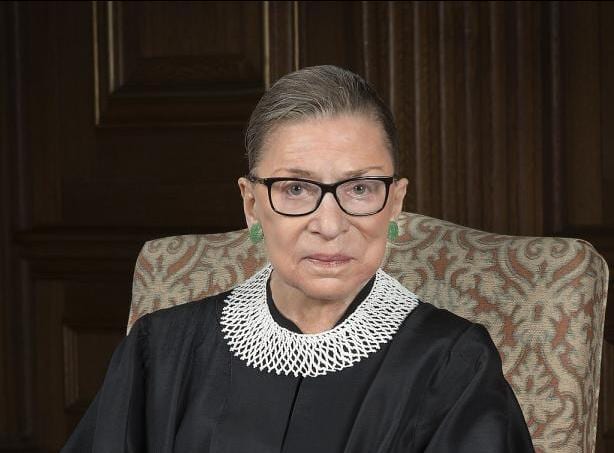 The death of Supreme Court justice Ruth Bader Ginsburg has poured gasoline on an already fiery presidential election.  It creates the possibility that conservatives–including pro-lifers–could have solid control of the Supreme Court for a generation, even if Donald Trump loses the election.

As it has been up to now, 5 justices were identified as “conservative,” with 4  identified as “liberal.”   But with Justice Ginsburg gone, there are only 3 “liberals” left.  A conservative replacement would make the court 6-3.

Furthermore, one of the two remaining liberals, Justice Stephen Breyer is 82.  In the next four years, Justice Sonia Sotomeyer and Elena Kagan may be the only liberal left, giving conservatives a hard-to-overcome 7-2 majority.  (See this for the age of the judges.)

This vacancy makes the Supreme Court a major, maybe the major, issue in the presidential campaign.  Quite a few Christians have become disenchanted with President Trump’s antics, with many pro-lifers thinking that presidents can’t really do much about abortion anyway, so that other issues can come to the fore.  But a court in which Justice Ginsburg is replaced by a pro-life woman would surely overturn Roe v. Wade.  And the question of who gets to make further nominations to the Supreme Court–which has become the final arbiter in culture war issues, as in same-sex marriage, takes on new urgency.

Conversely, the prospect of a conservative, pro-life Supreme Court has thrown pro-abortion liberals into a panic.  In the hours after Justice Ginsburg’s death, record donations poured into the Democratic party, to the tune of $71 million. Both the pro-abortion and the anti-abortion sides are describing the Supreme Court vacancy as pivotal to their cause.

So should President Trump and Senate Majority leader Mitch McConnell rush through a nomination and confirmation process just a few weeks before the November 3 presidential election?  Shouldn’t the newly-elected president, whoever he may be, have the opportunity to make the nomination?

Sen. McConnell blocked President Obama’s nomination of Merrick Garland to the Supreme Court during the last year of his presidency, making the argument that the country should wait for a new president to make a nomination.  So Democrats are infuriated that this nomination is going forward.  They are accusing Sen. McConnell of hypocrisy for going against his own principle.  Then again, Democrats back then had insisted that a sitting president has the right to make his nomination.  They should be happy that Sen. McConnell has changed his views to accept their position.  Of course, principles hardly enter into practices like these.  In the words of Vice-Presidential candidate Kamala Harris, when asked why she is praising her running-mate Joe Biden, whom she excoriated as a segregationist in the primary debates, “That’s politics.”  In controversies like these, each side can be expected to follow their own interests.

So can a new justice be confirmed before the election?  Confirming judges is the business of the Republican-led Senate, with the Democratic-led House of Representatives having no say.  Republicans control the Senate with a 53-47 majority.  Most Senate actions are subject to a filibuster–the threat of endless debate, which takes a 2/3 vote to end–so that a 60 vote super-majority is necessary for most measures.  But a recent rule impose by Democrats wanting to thwart Republicans removed the filibuster options for Supreme Court justices.  So a simple majority is all that it would take to push through a new judge for the Supreme Court.

But this also means that the defection of four Republican senators could block the nomination.  Already, two “pro-choice” Republicans–Lisa Murkowski (R-Alaska) & Susan Collins (R-Maine)–are saying they will not support a nomination before the election.  But it’s hard to think of two more Republican senators who would be likely to join them.

Is there time?  Most nominations since the 1970s have taken an average of 40 days to go through the process, so, yes, there is time to confirm before the election.  But even if delaying tactics make it impossible to meet that deadline, the lame duck Senate and, should he be defeated, the lame duck President could still complete the confirmation until the constitutionally-required inauguration on January 20.  So there would be plenty of time, though if Republicans were to pull this off despite losing the presidency and the Senate, Democrats would be apoplectic.

Then again, they already are.  The media is describing the “fury” of the Left, which is calling for “total war.”  If Republicans fill this vacancy, progressives are promising “retribution.”  Specifically, they are threatening to pack the Supreme Court by increasing its membership, which is set by federal law, to 10 or 13 or 15, so that the conservative justices would be outnumbered.  If they win the presidency, the Senate, and the Congress–as they fully expect to–they will also push through statehood for the District of Columbia and Puerto Rico.  This would give Democrats 4 more Senate seats.

They are thus willing to impose one-party rule and to do away with the ability of the judicial branch to check and balance the executive and the legislative branches.  All to protect the “right” to an abortion.

If such threats are thwarted–for example, by Republicans keeping the Senate–a conservative Supreme Court could check and balance a Democratic administration and inhibit its more radical proposals.

At any rate, the upcoming election–which had been packaged as a referendum on Donald Trump’s character and his handling of the coronavirus epidemic–has now acquired much greater significance.  As have the various Senate and Congressional races, which often get second-billing on November 3, but which can have enormous consequences.

This time voters will have a say on all three branches of government.

September 18, 2020
The Historic Evangelical Opposition to Abortion
Next Post

September 22, 2020 "The Ultimate Showdown between the Power of Man and the Power of God"
Recent Comments
0 | Leave a Comment
"I’ll join everyone in wishing you a happy birthday as well. Was a thoughtful read ..."
Jeremiah Oehlerich Three Score Years and Ten
"Why *wouldn't* you assume that the fruit itself plays a part of itIsn't that question ..."
tODD The Mystery of Tom Bombadil
"As ever, the question is always "How do you know yours is correct?". In the ..."
axelbeingcivil The Mystery of Tom Bombadil
"It would never occur to me to ask about this, but I'm glad you've provided ..."
Randy Thompson The Mystery of Tom Bombadil
Browse Our Archives
get the latest updates from
Cranach
and the Patheos
Evangelical
Channel
POPULAR AT PATHEOS Evangelical
1