Fascism Then and Now 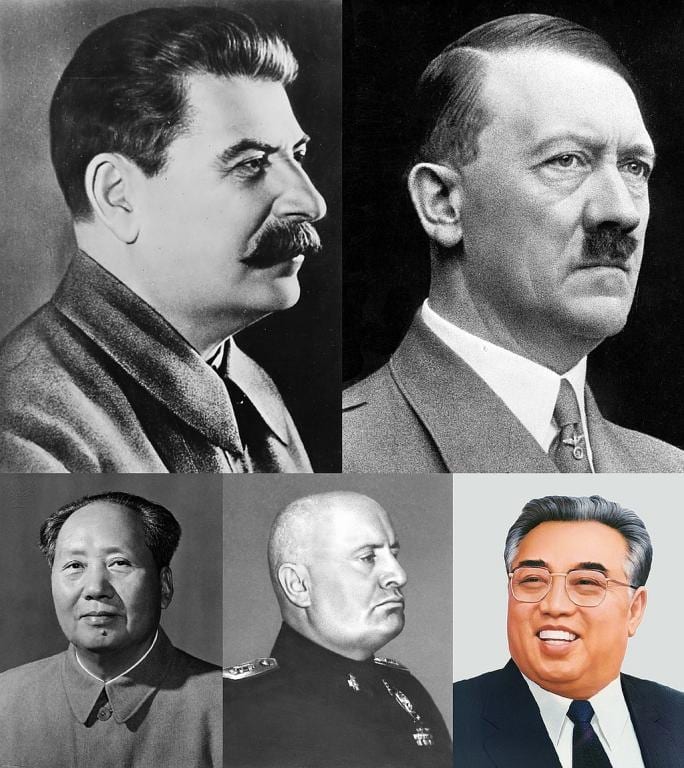 “Fascist” is not just an all-purpose insult, or a synonym for “conservative,” or a generic right-wing dictatorship.  Rather, fascism is a distinct ideology, with its own philosophy, economic theory, political program, moral convictions, and religious worldview.  And, despite their catastrophic consequences, elements of fascism are re-emerging.

That is the subject of my book Modern Fascism [paid link], published back in 1993.  Far from being conservative, the fascists were a radical, revolutionary, anti-capitalist movement, favored by avant-garde artists and academics.  It was very much a “modernist” movement, which anticipated today’s “post-modernist” worldview.

Mussolini defined fascism as Nationalism + Socialism, differing with Marxism in downplaying class conflict and emphasizing instead the conflict between nations, races, and other groups.  (Sound familiar?  Critical theory has brought this back to a degree I had never anticipated in 1993.)

The fascists hated the Jews not only on bogus racial grounds, but because of what they considered the “Jewish influence” on Western civilization, as mediated by the Bible.  The Jews and their holy book gave us transcendent, objective morality (which represses our natural urges and makes us feel guilty) and a transcendent God (which prevents us from a proper veneration of nature and the state).  This heritage of transcendence, in turn, has given us “Jewish notions” such as rationalism, capitalism, and individualism.  It has replaced the healthy Darwinist principle of “survival of the fittest” with anti-scientific notions such as compassion for the weak, the disabled, and the unwanted.  Instead of following the Jewish Bible’s moral absolutes, said the fascists, we should pursue Nietzsche’s principles of the triumph of the will (in which we construct our own morality and our own reality by our choices) and the will to power (which is the true basis of every belief and institution).  (Sound familiar?)

And there is much more, including how the Nazi euthanasia program of “life unworthy of life” led to the death camps, the militant commitment to the Nazi party on the part of current post-modernist heroes such as the deconstructionist Paul DeMan and the existentialist Martin Heidegger, and the  Nazi connections of liberal theologians who favored a cultural Christianity and higher Biblical critics who sought to discredit the Bible so as to purge Christianity of its “Jewish elements.”

Subsequent research by specialists in a wide range of fields has confirmed what I wrote about in that book.  I came across an  article recently that bolsters my thesis in some interesting ways.

Aaron Kheriaty, a medical ethics professor at the University of California-Irvine, has written an article entitled The Latent Fascism of Today’s Anti-Fascists:  Why do so many contemporary social movements come to resemble their enemies? (It appears in Arc Digital [subscription required, but visitors have access to a limited number of free articles].)

Kheriaty explains how the view of Fascism as the polar opposite of Marxism arose during the post-war years.  He also says why progressives define fascism as they do.  He shows the historical commonality and mutual relationship between Marxism and Fascism before the war.  He then describes the definitive features of fascist thought (my bolds):

Fascism understands itself to be a revolutionary and progressive manifestation of power. As in communism, fascism replaces traditional religious principles with a secular religion in which the future — rather than an idealized past or meta-historical ideals — becomes an idol. Politics replaces religion in the quest to liberate humankind. Contrary to popular characterizations, fascism makes no attempt to preserve a heritage of traditional values against the advance of progress (one only has to look at fascist architecture for confirmation of this). Instead, it proceeds as the unfolding in history of a wholly novel and unprecedented power. . . .

As this ideology presses its advance, it makes no attempt to conform to any higher truth or moral order. Reality is simply that which must be overcome.

I was intrigued by Kheriaty’s quotation of Mussolini in his affirmation of relativism:

If relativism signifies contempt for fixed categories and for those who claim to be the bearers of objective immortal truth, then there is nothing more relativistic than fascist attitudes and activity. From the fact that all ideologies are of equal value, we fascists conclude that we have the right to create our own ideology and to enforce it with all the energy of which we are capable.

He then brings up other aspects of fascism that. . .sound familiar:

What are the ethical consequences of fascism? Once value is attributed to pure action, other people cease to be ends in themselves and become mere instruments, or obstacles, to the fascist political program. The logic of the fascist’s “creative” activism leads him to deny other people’s personhood and individuality, to reduce persons to mere objects. Once individuals are instrumentalized, it no longer makes sense to speak of moral duties towards them. Others are either useful and deployed or they are useless and discarded. . . .

The fascist lacks any sense of the purpose of law, or any reverence for a binding moral order. He embraces instead his own raw will to power: laws and other social institutions are mere tools deployed in the service of this power. Because the fascist’s action requires no ultimate end, and conforms to no transcendent ethical norm or spiritual authority, various tactics can be embraced or discarded at whim — propaganda, violence, coercion, desecration, erasure, etc.

Which brings Keriaty to why today’s self-styled “anti-fascists” themselves exhibit the characteristics of fascism.

With this description in mind, we can understand why the word “fascism” logically boomerangs back on many of today’s self-styled anti-fascists. . . .The danger is that a thinly veiled fascism — marching mendaciously under an anti-fascist banner — will overtake and absorb legitimate attempts to cure our ills, including ethically valid attempts to cure the cancer of racism or address other societal injustices. . . .

In such a society there can be no shared deliberation rooted in our participation in a higher Logos (word, reason, plan, order) that transcends each individual. As happened historically with all forms of fascism, culture — the realm of ideas and shared ideals — is absorbed into politics, and politics becomes total war. . . .

A fascist does not attempt to persuade his interlocutor, he merely overpowers him — using words when these serve to silence the enemy or deploying other means when words will not do the trick.

This is always how things begin, and as the internal logic unfolds, the rest of the totalitarian apparatus inevitably follows.

Just as Fascism has affinities with Marxism, Marxism has affinities with Fascism.  There can be a fascism of the left as well as a fascism of the right.  Symptoms include authoritarianism, government control over all of life, and the repudiation of transcendence (replacing objective morality with the will, rejecting the rule of law in favor of pure power, and replacing a transcendent God with an idolatry of nature, the group, or the leader).  The remedy is those “Jewish influences” as expressed in the Bible.

October 21, 2020
Something Americans Can Agree On: Hating Modern Architecture
Next Post

October 22, 2020 The Final Debate
Recent Comments
0 | Leave a Comment
Browse Our Archives
get the latest from
Cranach
Sign up for our newsletter
POPULAR AT PATHEOS Evangelical
1