Developments in the Sexual Revolution

Revolutions often begin with a sense of liberation and noble human values, only to end in oppression, brutality, and insanity.  So it is with the sexual revolution.

I will report on what some people in the revolutionary vanguard of that movement are thinking.  And about a major defeat for the pornography industry.

A theory first espoused by Robin Hanson and later championed by violent involuntary celibate (incel) fringe forums, the redistribution of sex involves the state controlling women’s bodies and the men they have access to, in order to make sure everyone has access to consensual sex. If some women don’t consent, sex workers and sex robots will take their place.

But the use of sex robots, which some futurists are saying are the future of sex, poses problems of its own.  According to Murti,

As robots get more sophisticated AI, they will gain independent decision-making skills that will give them a specific legal status as electronic persons, according to a 2016 draft resolution put forth by the European Union Parliament. . .

In Artificial Intelligence and Law, ethicists Lily Frank and Sven Nyholm write, “The legal community should make it very clear that any member of the legal community who enjoys the status of personhood needs to give his, her, their, or its consent before any sexual acts are performed on them. It cannot be that the legal community does anything that can be construed as condoning what is sometimes called ‘rape-culture,’ i.e., a mindset by which non-consensual sex is normalized or otherwise implicitly or explicitly approved of largely as a result sexist attitudes, institutions, and patterns of behavior.”

Sex robots that can give and withdraw consent already exist, but the models of consent utilized are a work-in-progress. This is mainly because, as of now, sex robots can only simulate consent, rather than actively give consent.  It is imperative to note that meaningful consent is possible only if robots achieve independent decision-making skills — a possibility many policymakers and researchers believe is only a few decades away.

Murti says that some sex robots simulate consent by shutting down if the user gets too rough.  But, say ethicists, that very lack of “consent” can cause users to rape the robots.  This contributes to a mindset that will treat actual women that way.  Yes, reducing human beings to sex objects will be the effect of having sex with objects.

Notice, though, what this discussion reveals about where we are today.  Instead of thinking in terms of transcendent moral absolutes to direct our sexuality, the only criterion left today that can determine whether or not sexual activity is licit or not is consent.  This is indeed important to traditional morality, but if that is the only relevant issue, it becomes hard to apply.  If consent is necessary for licit sex, and we have sex with machines, how can machines consent?

Note too the impoverished view of human beings that we have come to.  Christians believe that individuals have immortal souls, a complex spiritual dimension that includes but is not limited to reason, will, memory, conscience, consciousness, and an eternal core.  Today, some people reduce personhood to reason, so that they think “artificial intelligence” can turn a computer into a person.  Others reduce personhood to the will, so that a machine that can respond in alternative ways must, after this ability is highly enough developed, be considered a person.  Once again, I refer you to that post The Brain is NOT a Computer, which cites an expert in both computers and the brain who explains that the connections people make are only metaphors, so that artificial intelligence and artificial decision-making have nothing to do with the mind or personhood.

In the ensuring uproar, the major credit card companies–Visa, Mastercard, and Discover–have announced that they will no longer process payments to the company.

So there are limits after all.  Even the one criterion of consent is enough to thwart the sexual revolutionaries.  And perhaps inspire a counter-revolution.

Image by Stefan Keller from Pixabay 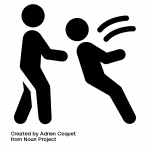 December 21, 2020
We Americans Don't Trust Each Other
Next Post 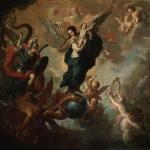 Ravi Zacharias: I didn’t want it...
Unbelievable?
Books by This Author Books by Gene Veith 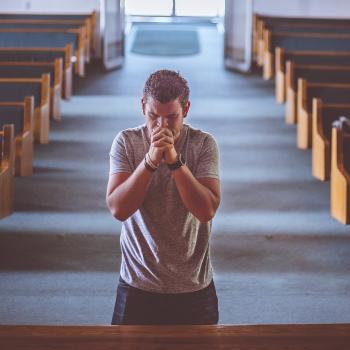