The Conservative Choice between Populism and the Establishment

The Conservative Choice between Populism and the Establishment January 29, 2021 Gene Veith 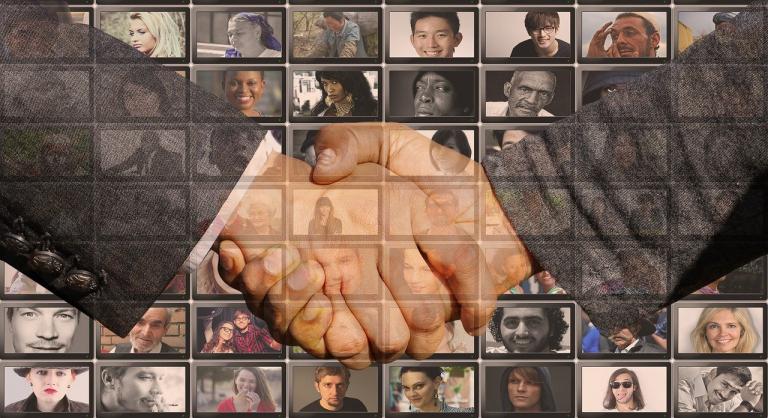 It seems apparent that conservatism is in a bad way right now, even though that movement was still able to attract over 74 million votes.  Republicans lost the presidency, the House, and the Senate.  More than that, the conservative infrastructure seems to be shaken.  The NRA is bankrupt.  Talk radio, which popularized conservative ideas to a mass audience, is reeling, with Rush Limbaugh being seriously ill and the Cumulus radio network that operates much of conservative talk radio clamping down on their hosts.  The big conservative donors Sheldon Adelman and David Koch are dead, with his brother Charles planning to limit political donations, and corporate donors are pulling away from the conservative brand.

So political conservatives are trying to regroup and plan a way forward.  Some blame Trump for the Republicans’ woes, while others still see him as the future of the party.  If he is, some say–including those who want to run for president themselves–that will block the new leadership that the party needs.  They say further that a former president who was defeated and then runs again has a very poor chance of winning, no matter how popular he is (see, for example, what happened to Teddy Roosevelt).

But even if Trump’s moment in history is over, he has had a profound impact on the nature of contemporary conservatism and what Republicans stand for.   His brand of populism has given the Republicans, which used to be the party of big business and the “rich,” a new working class base.

David Marcus says that even the most die-hard Trump supporters will generally admit that he has his personal faults.  But what they support the most are Trump’s policies.  Marcus summarizes them as “global trade [with protectionist policies], aggressive opposition to China, ending foreign wars, growing American manufacturing, securing the border, and using government to fight the culture wars.”  He recommends that Republicans keep a focus on these issues with or without Trump’s active involvement.  It may be that a less polarizing figure who nevertheless holds to these positions might hold on to those 74 million voters, plus add a few more to put conservatives back into power again.

A few comments about that list of policies:  First, they are quite popular with the public, and rightly so.

Second, note how different these positions are from those of traditional Republicans, who used to support free-market capitalism at all costs, advocated strong national defense and an aggressive foreign policy, embraced a global economy including easy immigration to give businesses cheap labor, and urged a more or less libertarian approach to cultural issues.  They were also big on fiscal responsibility, eliminating the national debt, and cutting government spending.

Third, this policy list reminds me of what Democrats used to be for.  And still are when it comes to using government to fight the culture wars, only on the other side from the way conservatives want it to go.  But as Democrats become the new party of the affluent, college-educated middle class and the big corporations, animated now by the new ideology of “woke capitalism,” the Republicans should be happy to become the party of the working class of all races.

So, if the Republicans keep up their populism, is there to be no political advocacy for less government spending?  Or free market economics?  Will Americans of both parties, in their commendable desire to stay out of foreign wars, withdraw into isolationism?

In the 1960s, the counterculture disdained what they called “the establishment.”  All of those traditional values, social responsibilities, and same-old habits were felt to inhibit the rising consciousness of the coming Age of Aquarius.  But the conservatives of the day defended the establishment.  Your father works selflessly from nine-to-five to put food on the table, which you long-haired kids need to appreciate.  Our military keeps this country free so that you can do your protests.  The establishment is what keeps this country functioning.

But, alas, we are all hippies now.  Yes, the establishment, in many ways, has become ineffective and corrupt.  But doesn’t something in this country, this culture, need to be “established”?  Don’t conservatives want to, you know, conserve something?  If so, what needs to be conserved and, indeed, established?

That’s a conversation conservatives need to be having.  It is not enough to just champion the “people,” as in mob rule or in the mass manipulations of demagogues.   What do the people need for a flourishing life?  I think the people themselves, in a genuinely populist movement, want answers to that kind of question.

Ultimately, the dichotomy between populism and the establishment may be a false one.  Perhaps conservatives could build a synthesis.  (See, for example, this attempt to find a golden mean between elitism and populism in a Madisonian republicanism.)

If they can, their political exile may be a short one.

January 28, 2021
Impeaching Someone Who Has Left Office?
Next Post 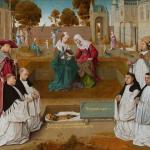