The Self-Destructive Triumph of Postmodernism 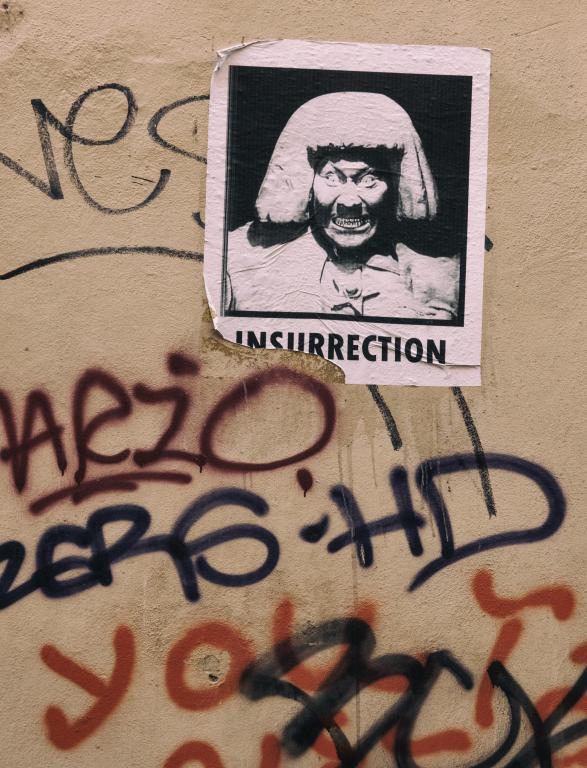 From Trump’s Kinship with His Critics:

. . .many of [Trump’s] critics were too busy savoring their superiority to him to recognize their mental kinship with him.

They consciously, and he by cultural osmosis, are participants in the postmodern rejection of reason. He and they are collaborators in the rising rejection of the Enlightenment that produced classical liberalism and this republic.

Postmodernists say, with Nietzsche, that there are no facts, only interpretations — alternative “narratives” about reality. As Andrew Sullivan writes at Substack, to be “woke” is to be awake to this: All claims of disinterestedness, objectivity and universality are bogus. So, reasoning is specious, and attempts at persuasion are pointless.

Hence, society is an arena of willfulness where all disagreements are power struggles among identity groups. The concept of the individual disappears as identity becomes fluid, deriving from group membership. Silence is violence; what is spoken is mandatory and must accord with the mentality of the listeners. Welcome to campus.

In a world thus understood, life is a comprehensively zero-sum struggle. Postmodernism rejects, as Adam Garfinkle writes, the Enlightenment belief in a positive-sum social order in which human beings, who are both competitive and cooperative creatures, can prosper without making others poorer.

Hence, the Enlightenment belief in, and Trump’s disbelief in, free trade. Postmodernism is the ill-named revival of a premodern mentality: The social order as constant conflict, unleavened by trust and constrained only by the authoritarianism of the dominant group.

Will concludes that we should “recognize that the least intellectual president had a mentality — such is the seepage of intellectual fashions into empty receptacles — akin to that which has closed the academic mind.”

You might not agree with Will’s anti-Trump stance, but he has a point not just about our politicians but about the public as a whole.  Our conflicts, our inability to agree, the rise of “fake news” from all sides, the vogue of conspiracy theories on both sides, all have to do with the pervasive worldview that teaches that objective truth is impossible to know, that truth claims and even facts are just the constructions of one group trying to exert power over you, and that you can only resist them by creating your own “narratives” or “interpretative paradigms.”

I have been writing about postmodernism and warning about its consequences since 1994, when I published my book Postmodern Times. And now, here we are.  Pretty much everything I predicted has come true.  For example, if I may be allowed to quote myself from that book:

Today from Africa to India, from Serbian nationalism to the neo-tribal structures of American street gangs, once-unified societies are fracturing into tribes at war with each other. Going beyond the modern, being postmodern, sometimes is nothing more than the rebirth of the primitive.

As one critic has pointed out, “Bad multiculturalism promotes tribalism, the root of much of the world’s meanness. Good multiculturalism underscores commonality, the footing for respect and understanding.” The concept of “commonality,” of a universal humanity that people of all cultures share, is exactly the point under attack by postmodernist ideology. If we are wholly determined by our cultures, as the postmodernists say, if we are locked away from each other in a “prison house of language” so that people of different cultures are mutually inaccessible to each other, we have no alternative but to pull back with people like ourselves into our own tribes. To have “respect and understanding, on the other hand, assumes the existence of values that go beyond culture, a set of trans-cultural moral absolutes and a vision of a common humanity.

Christianity thus has a stronger basis than postmodernism for “good multiculturalism.” Christians affirm the innate kinship of all human beings. We are all related through our creation in the image of God, through Adam’s Fall, and through the redemption of Jesus Christ. The Church is in fact one of the world’s most “multicultural” institutions, extending throughout time and throughout the world, both unified and diverse, “a great multitude that no one could count, from every nation, tribe, people and language, standing before the throne and in front of the Lamb” (Revelation 7:9).

But in the contradictions of the apocalyptic clashes that this ideology necessarily leads to, there is hope that something better can be rebuilt on the rubble.  I write about this–the various mutations of postmodernism, how they are in a state of meltdown, and how more positive alternatives may be emerging–in my new book, a sequel to that previous one, entitled Post-Christian.

January 25, 2021 What Do the People Love?
Recent Comments
0 | Leave a Comment
Browse Our Archives
get the latest from
Cranach
Sign up for our newsletter
POPULAR AT PATHEOS Evangelical
1