What Can Go Wrong in a Democracy

What Can Go Wrong in a Democracy January 13, 2021 Gene Veith 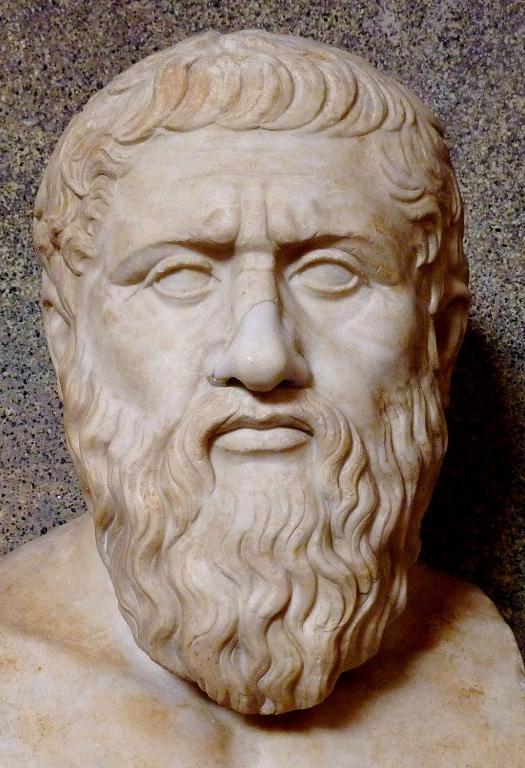 In researching my last two posts, I re-read Plato’s discussion of democracy, what he calls “a charming form of government, full of variety and disorder, and dispensing a sort of equality to equals and unequals alike.”

I had to share at least some of what he said with you.  Keep in mind that Plato did not approve of democracy.  His experience with it was the notoriously unstable direct democracy of Athens, as well as other Greek city states.  All of the citizens voted directly on every issue.  He did not know of the more effective version of representative democracy, as would be practiced by the Roman Republic and, arguably, perfected in the American constitution.

What Plato wanted was a government by experts, philosophers bred and trained for the role, and his idealized Republic would be more akin to what we would recognize as totalitarianism.  And yet, as he discusses the various options for government, Plato–or Socrates, whose conversations he is either recording or inventing–he makes brilliant observations and insights that make his book The Republic foundational to political thought to this very day.

What he said about democracies, though, in 380 B.C. is startlingly prescient and squirm-inducing for modern readers as we recognize ourselves in what he says 2,400 years later.

To sum up, he says that democracies often lead to tyrannies, as we blogged about, as an excess of freedom leads to an excess of slavery.  He said that democracies value equality so much that eventually, women are equal to men, children are equal to parents, and students are equal to their teachers, to the point that education declines.  They also value liberty to the point that people insist on doing whatever they want with no limits.  In a democracy, he says, poor people will pass laws to take the property of the rich and acquire free money, to the detriment of the economy and the social fabric  (get your stimulus check yet?).  Democracy is also leveling, favoring mediocrity over merit.  And democracy is open to manipulation by demagogues, who will stir up the people’s passions and worst impulses and, in the name of freedom, will take the people’s freedom away from them.

Read Plato’s Republic, Book VIII (the discussion is in the form of a dialogue between Socrates and his disciples).  Here is a sample from a modern translation:

Is it not inevitable that in such a state the spirit of liberty should go to all lengths?

And this anarchic temper, said I, my friend, must penetrate into private homes and finally enter into the very animals.

Just what do we mean by that? he said.

Why, I said, the father habitually tries to resemble the child and is afraid of his sons, and the son likens himself to the father and feels no awe or fear of his parents, so that he may be forsooth a free man. And the resident alien feels himself equal to the citizen and the citizen to him, and the foreigner likewise. . . .

The teacher in such case fears and fawns upon the pupils, and the pupils pay no heed to the teacher or to their overseers either. And in general the young ape their elders and vie with them in speech and action, while the old, accommodating themselves to the young, are full of pleasantry and graciousness, imitating the young for fear they may be thought disagreeable and authoritative.  . . .

And do you note that the sum total of all these items when footed up is that they render the souls of the citizens so sensitive that they chafe at the slightest suggestion of servitude and will not endure it? For you are aware that they finally pay no heed even to the laws written or unwritten, so that forsooth they may have no master anywhere over them. . . .

And in truth, any excess is wont to bring about a corresponding reaction to the opposite in the seasons, in plants, in animal bodies, and most especially in political societies.

And so the probable outcome of too much freedom is only too much slavery in the individual and the state.

Yes, that is probable.

Probably, then, tyranny develops out of no other constitution than democracy–from the height of liberty, I take it, the fiercest extreme of servitude.

Plato is also perceptive in his analysis of tyranny and how tyrants operate:

Then at the start and in the first days does he not smile upon all men and greet everybody he meets and deny that he is a tyrant, and promise many things in private and public, and having freed men from debts, and distributed lands to the people and his own associates, he affects a gracious and gentle manner to all? . . . .He is always stirring up some war so that the people may be in need of a leader.

And also that being impoverished by war taxes they may have to devote themselves to their daily business and be less likely to plot against him?

And if, I presume, he suspects that there are free spirits who will not suffer his domination, his further object is to find pretexts for destroying them by exposing them to the enemy? From all these motives a tyrant is compelled to be always provoking wars? . . . .Then the tyrant must do away with all such if he is to maintain his rule, until he has left no one of any worth, friend or foe. . . . He must look sharp to see, then, who is brave, who is great-souled, who is wise, who is rich, and such is his good fortune that, whether he wishes it or not, he must be their enemy and plot against them all until he purge the city.

A fine purgation, he said.

Yes, said I, just the opposite of that which physicians practice on our bodies. For while they remove the worst and leave the best, he does the reverse.

These negative tendencies were what the American Founders were trying to avoid with their representative government and their checks and balances on both government and the different “factions” that comprise the society.  (See James Madison’s Federalist No. 10.)

And, in this fallen world as opposed to Plato’s ideal world,  government by those who consider themselves Philosopher Kings is even worse, with more thorough-going tyrants.

But still, the effect of democracy, with its supreme values of freedom and equality above everything else, on culture can, indeed, come with unintended consequences and cause distortions in non-political facets of life. 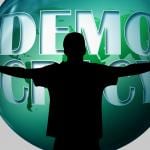 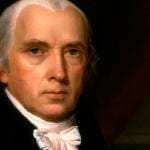 January 14, 2021 Direction from James Madison
Recent Comments
0 | Leave a Comment
Browse Our Archives
get the latest from
Cranach
Sign up for our newsletter
POPULAR AT PATHEOS Evangelical
1