Why We (Supposedly) Don’t Need to Worry about the National Debt February 3, 2021 Gene Veith

I’ve been trying to get my mind around this–how our government can spend so much beyond its means and what the consequences might be of this level of deficit spending.

I came across an article explaining why we don’t need to worry about this.  Basically, the argument is that interest rates are so low right now that we can borrow with almost little cost.  And that there are plenty of buyers, including foreign governments, for American debt.  Even though government bonds yield almost no interest, since the dollar is the world’s currency of record and since the U.S. government can be relied upon not to default on its bonds, buying American debt is a good way for the world to store its money.

Here are some excerpts from the article in Politico by Victoria Guida, entitled Wall Street shrugs at Washington’s debt pileup, with the deck “The debt poses no imminent danger to U.S. finances, economists say, so the more pressing concern should be jump-starting the economy”:

More than a decade of historically low rates, coupled with surging demand for safe investments like U.S. Treasury bonds, ensure that Biden can probably spend as much as he wants to revive the pandemic-battered economy and concentrate on the debt later, despite new alarms being raised by Republicans in particular. . . .

The U.S. borrows money by selling bonds that are traded on the open market, and they can be owned by anyone from regular citizens to foreign governments. The more demand there is for those bonds, the lower the interest rate the government has to pay.

These bonds, known as Treasury securities, are risk-free investments because the U.S. government is theoretically unable to default on its debt; if it needs to, it can just borrow more money to pay off its current obligations. Therefore, confidence in the stability of the federal government keeps demand high.

“They don’t have to ‘pay back the debt,’” said Julia Coronado, a former Fed economist and president of MacroPolicy Perspectives. “That’s just never how it’s worked.” . . .

But the U.S. government’s borrowing power goes even beyond that, thanks to the dollar’s status as the world’s reserve currency. Much of world trade is conducted in dollars, and countries and foreign governments have savings in the U.S. currency, so it is convenient for them to also own U.S. debt. Because demand for the dollar is so strong, the federal government can run higher deficits than any other country.

This still sounds like voodoo economics.  The article says that we can concentrate on the debt “later,” and that’s what I’m concerned about, the future consequences.  If so much unbacked money pours into the economy, how can that not create inflation and other ills?  If the American economy is no longer reliable, why would foreigners continue to park their dollars here?  What makes us think that the dollar will always be the world’s reserve currency or that the government’s “full faith and credit” in backing its bonds will still mean anything?

Furthermore, one of the biggest owners of American debt is China.  Is it wise to owe so much money to an adversary, a rival that hopes to supplant us in economic strength and global influence?  What about the principle that “the borrower is the slave of the lender” (Proverbs 22:7)?  If China decides to call in our debts or all of a sudden decides to stop buying our bonds, what would that do to us?

Do you agree with the article, that we don’t need to worry about federal deficits, or do you see problems with this approach to government spending? 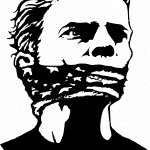 February 2, 2021
The Efforts to Ban Fox News
Next Post 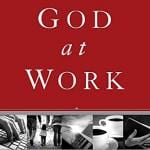