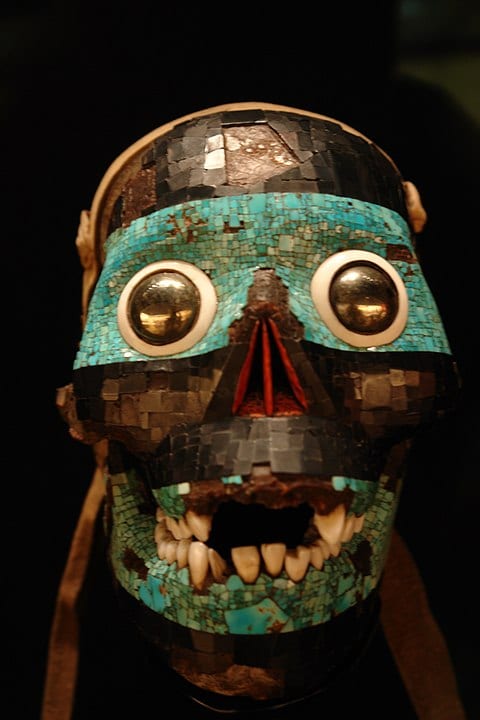 You have perhaps heard of the “model curriculum” for ethnic studies being proposed for California public schools, in which students chant the names of Aztec gods, along with positive thinking mantras.

According to a news story on the curriculum,,

The chant starts with a declaration that “you are my other me” and “if I do harm to you, I do harm to myself.” Before chanting the name of the Aztec god Tezkatlipoka, the text reads: “Seeking the roots of the truth, seeking the truth of the roots, elders and us youth, (youth), critical thinking through.”

Now as any exorcist would tell you, this kind of chanting amounts to demonic invocation.  (This deity, whose name means “smoking mirror”, was the god of darkness and sorcery.)

And those who don’t believe in such things should still be bothered by bringing religion into a public school classroom.  If it’s illegal to pray to God in a government-funded school, it also has to be illegal to pray to Tezkatlipoka.

And those who have no objections to that either should still be outraged at the condescension and cultural appropriation of the exercise and the distortion of Aztec religion.  Those chants and the associated moralizing are completely made up by modern educators.  I don’t think  it would have occurred to the Aztecs to advocate “critical thinking.”

The curriculum includes other chants quoted in the article that calls on other Aztec deities to bring into being other buzzwords of contemporary woke education:

Here is the reason for this classroom activity, according to those putting it forward:

“By affirming the identities and contributions of marginalized groups in our society, ethnic studies helps students see themselves and each other as part of the narrative of the United States. . . .

The guiding principles included goals including, “celebrate and honor Native People/s of the land and communities of Black Indigenous People of Color.” Another guiding principle read: “Center and place high value on the pre-colonial, ancestral knowledge, narratives, and communal experiences of Native people/s and people of color and groups that are typically marginalized in society.”

I think that teachers will find that these marginalized groups in their classrooms–namely, their Hispanic students–are actually Catholics and Evangelicals.  They don’t worship Tezkatlipoka, and even if their ancestors did, that is no more relevant to them than it is to white students that their ancestors worshipped Thor and Wotan.

But I have another problem with this curriculum.  It illustrates the bankruptcy of a major element of progressive education as practiced today:  the priority of experiential learning, or learning by doing, when pursued for its own sake apart from objective instruction.  As if chanting to Aztec gods teaches students anything at all about the Aztecs or their religion.

From what I can tell, this exercise does not teach any objective facts or information about the Aztecs.  Such as the fact that the way Tezkatlipoka was actually worshipped was by offering human sacrifices, cutting out their hearts as offerings to the god.  (Read about the specific sacrifice this deity demanded here.)

This made me wonder what critical theory does with inconvenient truths like that.  So I dug into that question.  I will report on what I found tomorrow.  You will be amazed.

Illustration:  Turquoise mask representing Tezkatlipoka, made from a human skull, photo by Z-m-k – The photographed object was exhibited in the w:British Museum, w:London [1], CC BY-SA 2.5, https://commons.wikimedia.org/w/index.php?curid=65920255 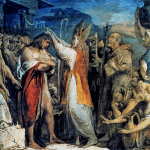 March 24, 2021
When St. Patrick Accidentally Stabbed the King
Next Post 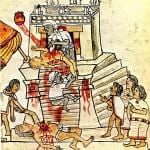 March 26, 2021 The Human Sacrifice Deniers
Recent Comments
0 | Leave a Comment
Browse Our Archives
get the latest from
Cranach
Sign up for our newsletter
POPULAR AT PATHEOS Evangelical
1