Christ as Our Substitute 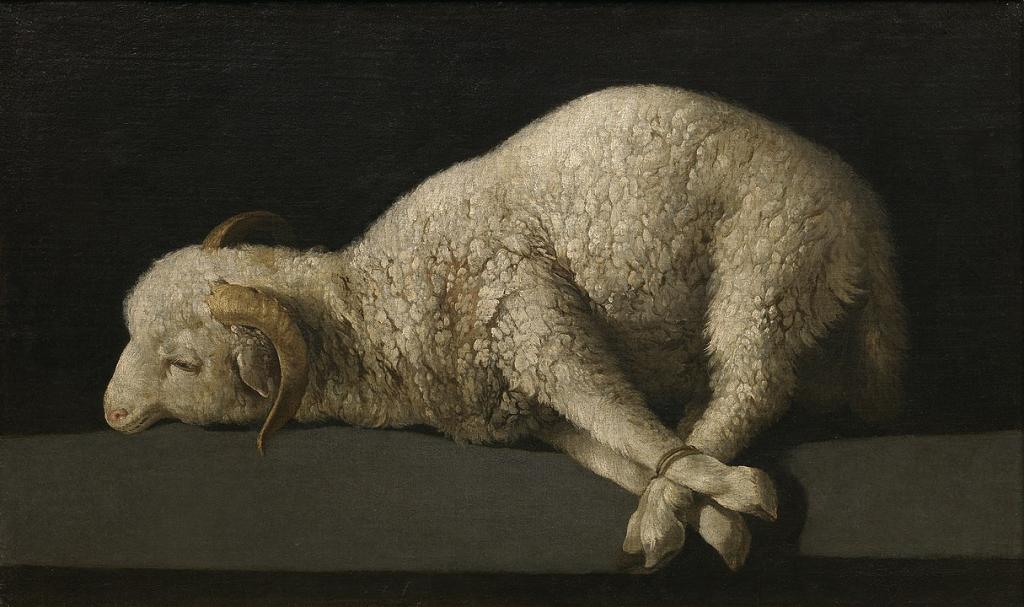 Regarding Christology, the bloody Crucifixion and Resurrection is not merely the historical inauguration of Christianity, it is also its well-spring. As such, it must be turned to over and over again to die and be reborn. If Christianity is to survive, if it is to prosper, it must be on this horrifying event and theophany. Too many churches want to turn their back on its “pagan” brutality, to clean it up, make it a happy-song. To do so, to secularize it, is to kill it and its connection to the cross of existence and the Divine.

This squeamishness manifests in the current practice of drawing back from the substitutionary atonement, the teaching that Christ on the cross was our substitute who bore our sins and gives us His righteousness.  This, in turn, has weakened contemporary Christians’ grip on the doctrine of justification.

That our salvation hinges on this “bloody,” “horrifying event,” with its “‘pagan’ brutality” is just too much.  Thus, some contemporary theologians are calling the notion that God is punishing His Son for things he didn’t do “cosmic child abuse.”  It’s not righteous, that God would subject Jesus to the cross, and it wouldn’t be just for us to get off scott free.  If God wanted to forgive us, why doesn’t He just forgive us, instead of requiring Jesus to suffer.

Read the Wikipedia article on Penal Substitution, which summarizes the controversies.  And whoever wrote that article makes an important point that critics of the teaching often miss:  “Those who believe that Jesus was himself God, in line with the doctrine of the Trinity, believe that God took the punishment upon himself rather than putting it on someone else.”

God is not punishing some random person in a kind of human sacrifice, nor is He tormenting his son like an abusive father.  God is incarnate in Christ, so what God accomplishes in the Cross is a self-sacrifice.  The deity of Christ does not mean that the Son is a separate deity from the Father.  Rather, Christ and the Father are one (John 10:30).  In the words of the Nicene Creed, the Son is of “one substance with the Father.”  The doctrine of the Trinity is another key teaching, which, when it is neglected, other doctrines come apart.

Also, the atonement does not just forgive our sin, it removes our sin, cancelling not only our punishment but our guilt.  In a miracle that rivals the Creation, it undoes our transgressions, as God takes them into Himself, something only God can do.  This is how He makes us righteous, by removing our unrighteousness and giving us His righteousness.

In the words of the Augsburg Confession, when we are justified, Christ’s death has made “satisfaction” for our sins:

. . .men cannot be justified before God by their own strength, merits, or works, but are freely justified for Christ’s sake, through faith, when they believe that they are received into favor, and that their sins are forgiven for Christ’s sake, who, by His death, has made satisfaction for our sins. This faith God imputes for righteousness in His sight. Rom. 3 and 4.  (Augsburg Confession, Article IV)

The substitutionary atonement is taught throughout both the New Testament and the Old Testament, being foundational to the sacrificial system of the Mosaic Law.   The sacrificial offerings are not attempts to give things to the gods–as in Canaanite paganism; rather, the sacrifices deal with sin, as the sacrificial victim becomes the substitute who dies in the sinner’s place, symbolically looking ahead to the fulfillment of the Temple in Christ.

Yes, there are other complementary understandings of the atonement, such as Christus Victor, stressing Christ’s victory over sin, death, and Satan.  But He is victorious precisely because He has become our substitute and dealt with our sins in such a complete and decisive way.  And there are other emphases and aspects of atonement and justification that can be found in various theological traditions.

It is widely said that the Early Church preferred the Christus Victor explanation for how His sacrifice gives us justification.  But, as Baptist theologian Brian Arnold shows in his article Penal Substitution in the Early Church, the early Christians also spoke of the substitutionary atonement.  He gives some striking quotations from the Church Fathers, as well as a Church Mother (!) that I hadn’t known about:

Clement:  “Because of the love that he had for us, Jesus Christ our Lord, in accordance with God’s will, gave his blood for us, and his flesh for our flesh, and his life for our lives” (1 Clem. 49:6).
Eusebius:  “In this he shows that Christ, being apart from all sin, will receive the sins of men on himself. And therefore he will suffer the penalty of sinners, and will be pained on their behalf; and not on his own” (Proof of the Gospel, 3.2).
Macrina the Younger:  “You redeemed us from the curse and from sin, having become both on our behalf. You have crushed the heads of the serpent who had seized man in his jaws because of the abyss of our disobedience. You have opened up for us a path to the resurrection, having broken down the gates of hell and reduced to impotence the one who had power over death.”
Author of Epistle to Diognetus:  “In his mercy he took upon himself our sins; he himself gave up his own Son as a ransom for us, the holy one for the lawless, the guiltless for the guilty, the just for the unjust, the incorruptible for the corruptible, the immortal for the mortal. For what else but his righteousness could have covered our sins? In whom was it possible for us, the lawless and ungodly, to be justified, except in the Son of God alone? O the sweet exchange, O the incomprehensible work of God, O the unexpected blessings, that the sinfulness of many should be hidden in one righteous person, while the righteousness of one should justify many sinners!” (Epistle to Diognetus, 9.2–5). 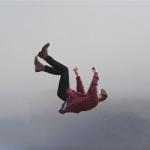 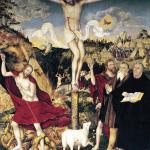