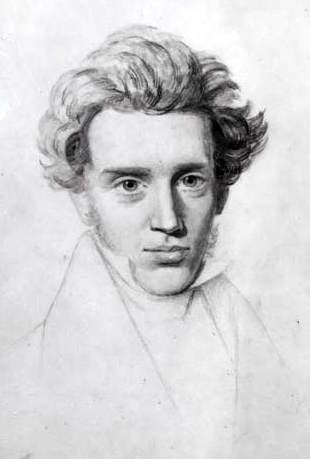 David French has written a challenging article entitled How American Christendom Weakens American Christianity, with the deck “An age of scandals reveals how institutions of the faith can fundamentally oppose the faith.”

He makes some useful distinctions:  “Christianity is the faith, Christians are believers in the faith, and Christendom is the collective culture and institutions (universities, ministries) of the faith.”

He draws on Kierkegaard’s Attack on Christendom, in which the existentialist (Lutheran) Christian excoriates the Danish (Lutheran) state church, which he thought had become a bastion of bourgeois respectability that had forgotten the Cross.  French quotes Whitman College professor Matt McManus explains, who summarizes why “Kierkegaard believed Christendom is dangerous to Christianity”:

For Kierkegaard, the middling and enforced homogeneity of Christendom was the greatest danger facing genuine Christianity. In many ways, it was far better to see Christendom shrunk down to a few genuine believers than to see it ballooned and enforced into a parody of itself. It was designed, in his famous phrase, to “make the way [to Christianity] easier” when, in fact, the genuinely faithful must always make the way harder.

French sees this happening today.  He has been studying the sex scandals that are seemingly rampant in Christian ministries today.  He says that in every case, the church bodies or parachurch organizations have been responding to these shocking accounts of abuse and sexual immorality like any secular institution:  Trying to limit the damage, manage the PR, resorting to payoffs or nondisclosure agreements.   The preservation of the institution is paramount, regardless of the Biblical issues.

French, a prominent NeverTrumper, also sees allegiance to “Christendom” over “Christianity” in the way evangelicals and other conservative Christians supported Donald Trump.  They often recognized President Trump’s flaws, but they were so afraid of losing out in the culture that they supported him, as some said, in “self-defense.”  Maintaining institutional power and influence trumped (so to speak) Biblical faithfulness.

French’s essay, which you should read in its entirety, concludes,

And why would they come to that conclusion? Because the institutions of Christendom are rejecting the example of the cross. “That,” Moore says, “is a crisis.” And he’s right.

It is true that the trend in contemporary Christianity today is to try to make everything easier.  But Kierkegaard’s distinction between the imitation of Christ promoted by true Christianity and the “doctrines” of Christendom misses the mark and is not the problem today.

I think Kierkegaard, the proto-existentialist, sees doctrine as simply the affirmation of abstract formula, which can be done without any kind of commitment or cost.  Today, though, doctrine is the point of conflict with culture, and believing in Christian doctrines does indeed require commitment and comes at a cost. The traditional Christian teachings about Creation, Redemption, Sanctification, Law, Gospel, marriage, sex, etc., etc., have all become unpopular and even culturally demonized.  In the effort to make Christianity easier, the institutions of “Christendom”–European state churches, religious studies in academia, mainline denominations, and some congregations that seek to grow at all costs–are watering down or jettisoning Christian doctrines.

Also, Christianity isn’t primarily about imitating Jesus–who could do that?–but about Jesus dying for the sins of people who realize they are moral failures.  Institutions tend to be in favor of morality, as we all should be, but the atonement–Christ crucified for sinners–that is the scandal and the stumbling block (1 Corinthians 1:18-31).  This is the Cross that is so often minimized today in favor of the Prosperity Gospel, the Power of Positive Thinking, or social gospels of the left or the right.

If we believe that the church is primarily about the salvation of sinners, we should not be surprised to find sinners in the church.  That does not excuse them.  Far from it.  The church must pursue holiness and Christians must bear the fruit of their faith in love and service to their neighbors.  But Christians should be somewhat immune from disillusion.  They should have no illusions in the first place.

At any rate, the church is certainly called to faithfulness, and there are lots of forces that pull it towards unfaithfulness.  Those forces are characterized in historic Christianity as the World, the Flesh, and the Devil.   Christians and churches must beware of “worldliness,” which can lead them astray.  Much of the critique of “Christendom” is really about the temptation of worldliness, which is an important teaching that has been much neglected.  But I don’t think “institutions,” as such, are necessarily to blame.

May 12, 2021 A Defense of Cultural Christianity
Recent Comments
0 | Leave a Comment
Browse Our Archives
get the latest from
Cranach
Sign up for our newsletter
POPULAR AT PATHEOS Evangelical
1