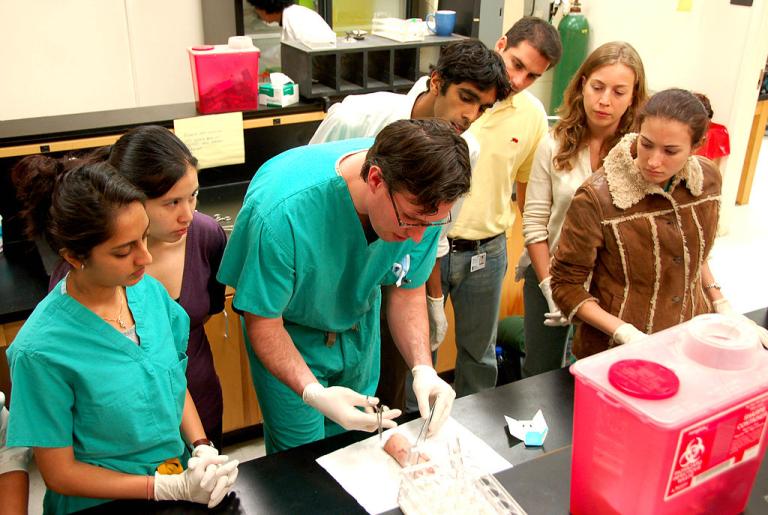 This is particularly becoming a problem in medical schools, where, in many cases, professors and scientists are not allowed to teach about, study, or even bring up the subject of biological sex, for fear of being branded “transphobic.”

Katie Herzog, writing for the Substack newsletter of Bari Weiss, reports on the phenomenon in her article Med Schools Are Now Denying Biological Sex, with the deck, “Professors are apologizing for saying ‘male’ and ‘female.’ Students are policing teachers. This is what it looks like when activism takes over medicine.”

She tells about a professor in a top medical school in the University of California system interrupting his lecture to make a groveling apology:

“I said ‘when a woman is pregnant,’ which implies that only women can get pregnant and I most sincerely apologize to all of you.”

She also tells about med school professors getting into trouble for saying “breastfeed” instead of “chestfeed,” “she” and “her,” “father” and “son,” and “male” and “female.”

A med school student told Herzog about the student petitions designed to “‘name and shame’ instructors for ‘wrongspeak.'”  One of these “was delivered after an instructor referred to ‘a man changing into a woman,’ which, according to the students, incorrectly assumed that the trans woman wasn’t always a woman.”

The article goes on to tell about faculty members who lost their jobs, had their research cancelled, had published articles retracted by the academic journals, all for this kind of “wrongspeak” and for conducting serious scientific investigations into gender dysphoria and the effects of transgender drugs and surgeries.

When sex is acknowledged by her instructors, it’s sometimes portrayed as a social construct, not a biological reality, she says. In a lecture on transgender health, an instructor declared: “Biological sex, sexual orientation, and gender are all constructs. These are all constructs that we have created.”

In other words, some of the country’s top medical students are being taught that humans are not, like other mammals, a species comprising two sexes. The notion of sex, they are learning, is just a man-made creation.

The big medical problem with this is that males and females react differently to certain diseases, exhibit different symptoms, are subject to different health problems, and require different doses of medications.  As a medical student complains to Herzog, these future doctors are not being taught how to deal with these realities!  And their patients–no matter which sex they identify with–will be at risk!

Herzog quotes a former medical school dean who says that such restrictions “are a serious departure from the expectation that medical education and practice should be based on science and be free from imposition of ideology and ideology-based intimidation.”

I marvel at the spinelessness of the professors and the scientists, the corruption of the teaching relationship in which students police their teachers, the institutional intimidation of medical schools, professional organizations, and academic journals.

Why won’t physicians, professors, scientists, scholars, and administrators assert what they know to be true?

UPDATE:  The American Medical Association, no less, is now calling for birth certificates to stop recording the sex of the child!