The Infrastructure Bill Would Turn America into a Welfare State

The Infrastructure Bill Would Turn America into a Welfare State September 16, 2021 Gene Veith 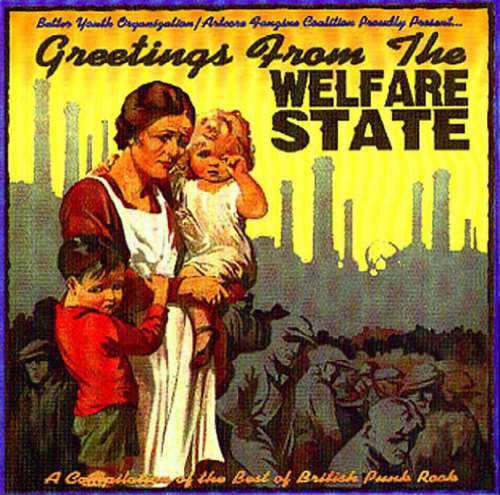 Most criticisms of President Biden’s $3.5 trillion social infrastructure plan focus on its mind-boggling price tag.  But the content of the plan and its impact on American families, education, and society are far more concerning.

Here is how a booster of the proposal, which “would touch virtually every American’s life, from conception to aged infirmity” describes it.  Originally from the New York Times (my bolds):

To grasp the intended measure’s scope, consider a life, from conception to death. Democrats intend to fund paid family and medical leave to allow a parent to take some time off during pregnancy and after a child’s birth.

When that parent is ready to return to work, expanded funding for child care would kick in to help cover day care costs. When that child turns 3, another part of the bill, universal prekindergarten, would ensure public education can begin at an earlier age, regardless of where that child lives.

Most families with children would continue to receive federal income supplements each month in the form of an expanded child tax credit that was created temporarily by Mr. Biden’s pandemic-rescue law and would be extended by the new social policy bill. School nutrition programs, expanded on an emergency basis during the pandemic, would continue to offer more children free and reduced-price meals long after the coronavirus retreats.

And at high school graduation, most students would be guaranteed two years of higher education through expanded federal financial aid, geared toward community colleges.

Even after that, income supplements and generous work force training programs — including specific efforts to train home health and elder-care workers — would keep the government present in many adult lives. In old age, people would be helped by tax credits to offset the cost of elder care and by an expansion of Medicare to cover dental, hearing and vision services.

The anonymous journalist exults at how “transformative” this package would be.  Indeed, it would be.

Notice how it shifts the task of child-raising away from parents, with the federal government assuming that role.  The government will pay for the child’s upkeep through the child credit.  Soon after the child is born, mothers will be able to work full time with the government paying someone to take care of the baby.  When the child is a toddler, at only three years old, universal pre-kindergarten will kick in, adding up to two years more of public school.  The role of a parent in the child’s life would diminish and children would all become wards of the state.

Notice what this does to education.  Currently, the public schools are doing a terrible job of educating children, especially those who are poor and disadvantaged.  So it makes little sense to add two more years to public education.  Actually, the infrastructure adds four more years to public education, adding two more years post-high school with free community college.  As the educational establishment moves ever further from teaching basic academics by venturing into political indoctrination, this provides for four more years to propagandize young people into the leftist worldview.

The two-years of community college would be devastating to higher education, particularly to Christian schools.  But, you might ask, wouldn’t this create a bigger pool of students who would transfer into 4-year colleges and universities to finish their degrees?  The first two years are when college students take the core curriculum.  In Christian colleges, this includes their Bible and theology courses.  In high-quality liberal arts colleges, this also includes courses in great books, history, logic, math, and science, all of which develop not only students’ knowledge but their ability to think deeply and express their ideas effectively.  By cutting out the first two years–which would be taken up with generic and usually leftist community college courses–liberal education, including Christian education, would be crippled.  Yes, students could still sign up for the entire four years, but the prospect of two free years would be hard to pass up, especially for average or lower income students.  Colleges, even universities, including the left-leaning prestige institutions, would be reduced to job-training finishing schools.

And after finally graduating from all of this public education, our dependency on the government continues.  “Income supplements and generous work force training programs,” to quote again the Times story, “would keep the government present in many adult lives.”  That government presence would follow us into our graves.

There was a time when being dependent on the government–that is, being “on welfare”–was embarrassing, even shameful.  Such programs were designed as “safety nets,” providing help for people who went through hard times, who, to continue the circus metaphor, fell off of the tightropes and the trapeze of life.

But if everyone is on welfare, the stigma is removed.  Crowding everyone into the safety nets and keeping them there keeps anyone from falling, but it also means that no one is on the trapeze.  (OK, I will drop the circus metaphor.)

At any rate, the social infrastructure bill will mean fundamental, revolutionary changes to American society, including marginalizing the family and drastically expanding the power and reach of the government.  It would allow the government to reach into the most personal areas of our lives and would make us all utterly dependent on the federal government and its bureaucracy.  It turns the United States of America into a welfare state.

Do we really want this?  To be sure, some people do.  Is it really a good idea?  Has the government shown itself competent in its current functions?  Does its current performance bode well for expanding its role by having it take care of us “from cradle to grave”?

Shouldn’t we at least debate these specifics?  Did you even know what they are?  There are many more that would be “transformative” of the American economy, our energy use, and other aspects of our daily lives.  Shouldn’t we investigate the unintended consequences of such a revolutionary makeover of American society?

Illustration:  Album cover of Greetings from the Welfare State:  A Compilation of the Best of British Punk Rock via Amazon.com