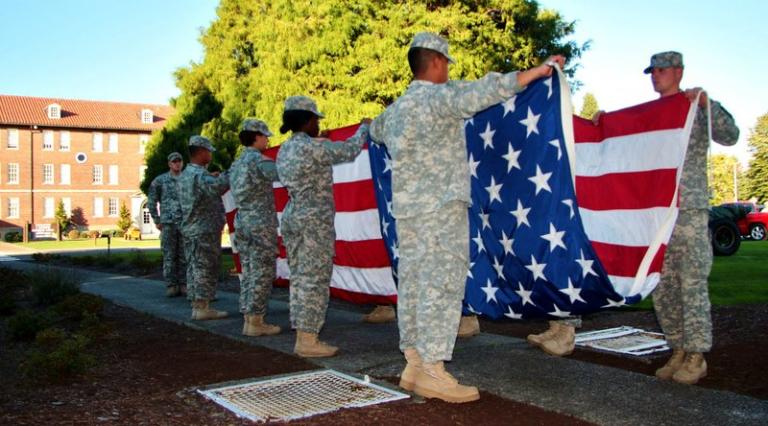 Way back in 2008, Fareed Zakaria published The Post-American World, in which he predicted that America’s dominant position and leadership in the world would soon fade away.

Now that the United States has fled from Afghanistan in such an ignominious way, our allies–whom President Biden failed to consult–are worried that America may not be as reliable as they had assumed, and our adversaries, particularly China, are gloating over American weakness.

Conservative columnist Rich Lowry in National Review responds to those narratives of American decline in his essay, No, Afghanistan Is Not the End of American Power.  I think highly of Mr. Lowry, I share his patriotism, and I hope he’s right.  But it seems to me that the very strengths he brings up may show signs of a growing weakness.

Our economy still leads the world.

It certainly does.  Lowry cites our abundant natural resources, our accounting for 25% of the world’s gross domestic product, and how our labor force is the world’s most productive.  But our government is restricting our use of our natural resources and paying our labor force not to work.  And our profligate government spending is exporting inflation to the rest of the world, even before the $4.5 trillion “infrastructure” bills blow up our economy.  The European Union panicked over the irresponsible spending of  little Greece, imposing fiscal “austerity” on that country lest it drag down the Euro.  America’s economy is so big that if and when it fails, it could very well drag down the world’s economies.

We still have the world’s most powerful military.

Indeed we do.  So how did the world’s most powerful military suffer such a humiliating defeat at the hands of a few thousand guerilla terrorists?  Our troops are the very best, and they are armed with weapons of unsurpassed military technology.  But military  effectiveness hinges on more than the prowess of the soldiers and the quality of their weapons.

How good is their leadership?  Lots of command mistakes are coming out of Afghanistan.  For example, military historian Victor Davis Hanson is raising questions about how our top brass abandoned $90 billion worth of equipment to the Taliban, which amounts to 85% of all of our military aid to Israel over 70 years and is the equivalent of 12 new air craft carriers.  “This is the greatest loss of military equipment in the history of warfare by one power,” he said, and “the people responsible for this should be either fired or resigned.”

How is their morale?  Not good, from what I hear.

And even though we still probably have the best military in the world, what if America always refuses to deploy them?  Does anyone think we would defend Taiwan from a Chinese attack?  Would we honor our NATO commitment to treat any attack on a NATO member as an attack on our soil?  If Russia decided to take back the Baltic Republics, each of which is a NATO member, would we go to war with Russia?  Wouldn’t we be hearing from all sides, “Why should Americans die defending Estonia?”

Isn’t the perception mostly valid that Democrats tend to be pacifists, and Republicans tend to be isolationists?  Post-Afghanistan, aren’t our allies, big and small, pretty much on their own militarily?

“We dominate the list of top universities in the world.”

The quality of our “top universities” is greatly exaggerated.  Read Academically Adrift: Limited Learning on College Campuses,in which New York University education and sociology professor Richard Arum and University of Virginia higher education specialist Josipa Roksa report on their extensive study of college students’ level of learning from their university education.  These non-conservative scholars found that students often know less and are less adept at critical thinking after graduating than when they first enrolled.

Today’s campuses are not like most of us remember.  It’s hard to exaggerate the extent of ideological indoctrination, censorship and self-censorship, and anti-intellectualism in the halls of today’s academe.

Yes, we still produce some good scientists, but the scientific fields are now being subjected to the same critical theory that has ruined the humanities and the social sciences.

Our universities still turn out good engineers, for now, at least.  And some institutions and professors are keeping learning alive.

But, on the whole, our universities are not something for America to be proud of.  In fact, other countries–including quite liberal societies such as France–are complaining about how the influence of American universities is harming their own schools by exporting “woke” ideology and postmodernist relativism.

“There is no country people would rather come to.”

This is true, and it suggests that there is something about America that is still compelling after all.  Then again, immigration has become a major problem for American society.  But the promise of America–a land of liberty and opportunity–is still strong.  And yet, our liberties are under attack, both the left and the right have become critical of liberal democracy and our constitutional order, and we are trashing our own history.   People who want to come here still value such things, but many of our citizens do not.  American culture is sick, and unless it recovers, America can only decline.
But maybe a reaction will set in.  We have lost our confidence and our mojo before–think of the Great Depression, the post-Vietnam syndrome, Jimmy Carter’s “malaise”–but we have come back.  Maybe that can happen again.  How, short of another World War, might that happen?
Photo:  Retiring the Colors, U.S. Army photo by Maj. Johnpaul Arnold, via Flickr, Creative Commons License 2.0 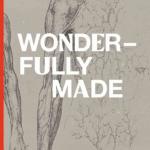 September 7, 2021
A Protestant Theology of the Body
Next Post 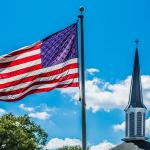 September 9, 2021 "The Powers of Church and Civil Government Must Not Be Mixed"
Recent Comments
0 | Leave a Comment
"I thought it was because of Russia, ;)."
SKPeterson “The World Has Gone Mad”
""I lost the game, but unless you say I won I am taking my ball ..."
reg Republicans Shouldn’t Vote?
"I was wondering myself, wouldn't smart fraud simply take advantage of "sloppy practices"."
Rev_Aggie_98 Republicans Shouldn’t Vote?
"No, I don't. Americans (including me) cannot follow that peculiarly British mode of expression. I ..."
reg “The World Has Gone Mad”
Browse Our Archives
get the latest updates from
Cranach
and the Patheos
Evangelical
Channel
POPULAR AT PATHEOS Evangelical
1