The Four Distinctives of the Reformation

The Four Distinctives of the Reformation October 29, 2021 Gene Veith 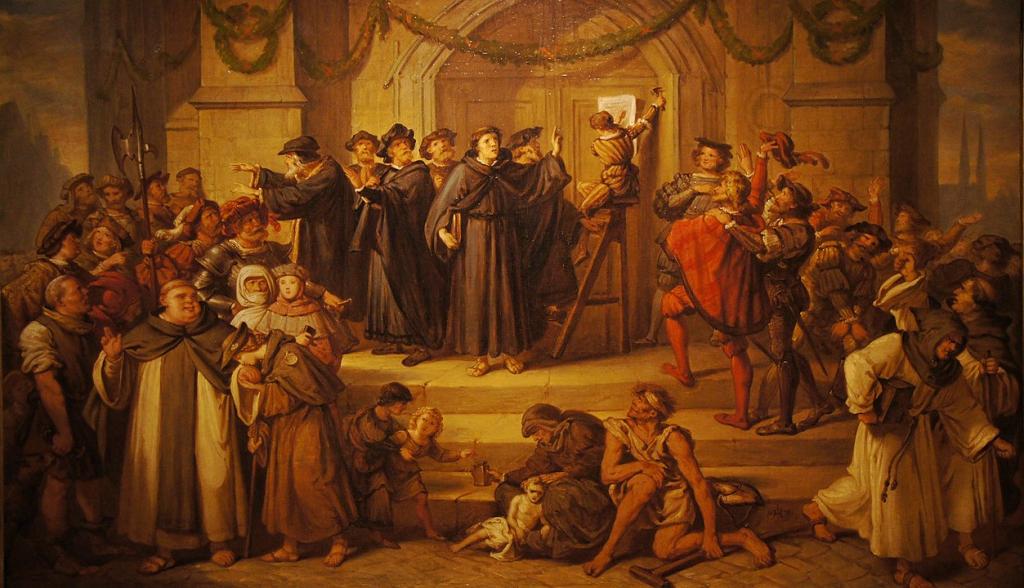 Sunday is Reformation Day, the 504th anniversary of Luther’s posting of his 95 Theses against the sale of indulgences.

In a series of posts on the meaning of “evangelical,” Gordon-Conwell theology professor James Emery White sees the beginnings of that movement in the Reformation.  He points out that the Reformers shared beliefs about God, Christ, sin, humanity, eternal life, and other basic tenets of Christianity with the Catholic tradition.  Drawing on the work of another evangelical scholar, he identifies four differences from that tradition.

From James Emery White, Understanding “Evangelical” Part One: The Reformation and 18th Century Revivals, at Crosswalk.com:

Richard Mouw, former president of Fuller Seminary, once detailed four major distinctions between the Reformers and their Catholic heritage that Evangelicals continue to share. The first distinction concerned the issue of salvation (soteriology). The Catholic tradition asserted that justification comes through a combination of faith and good works. The Reformers countered that justification is through faith in Christ alone.

The second point of tension was the issue of religious authority. The Roman Church insisted that religious authority is a sacred institution established by Jesus Christ on Peter and his successors (the bishops of Rome). Reformation doctrine held that all truth necessary for faith and behavior is found in one source—the Bible, the written word of God.

A third area of disagreement was the doctrine of the Church (ecclesiology). Catholic theology at the time of the Reformation held that the true Church is that sacred hierarchical and priestly institution that Jesus Christ founded on Peter, the first pope, and on the apostles, the first bishops. The theology of the Reformers did not understand the true Church as a sacred hierarchy but as a community of faith in which all true believers share the priestly task.

The final major area of division was over the subject of Christian living. The monastic way of life was thoroughly entrenched in Catholic practice and thought. The Reformers understood the essence of Christian living as serving God in one’s calling, whether it be in secular or ecclesiastical life.

Though evangelicals generally uphold these points, says Prof. White, the genealogy of evangelicalism is through the line of Pietism, with its emphasis on personal piety, and the consequent Wesleyan revivals and the American camp meetings of the Great Awakening, all of which led to the definitive evangelical distinctive:  “an immediate and instantaneous conversion to Christ.”

Prof. White follows the conventional view that in the 17th century the Reformation degenerated into an “unyielding spirit of Protestant orthodoxy,” which he characterizes as “relatively lifeless.”  Thus, the Pietists were bringing life into “dead orthodoxy.”

I’m pretty sure that view is questioned by contemporary scholarship, as indicated in the Wikipedia article on Lutheran orthodoxy.  See, for example, this.

On the face of it, I don’t see how the hymns of writers like Paul Gerhard, Philipp Nicolai, Johann von Rist; the devotional writings of Johann Gerhard, who was also the major theologian of the era; and the music of Johann Sebastian Bach could be seen as anything less than pious, much less indicative of a “dead” faith.

Concordia Publishing House has published a collection entitled Lives and Writings of the Great Fathers of the Lutheran Church, which will also disabuse you of that notion.

What these artists and theologians of the age of Lutheran orthodoxy did was to explore, defend, and apply those four distinctives of the Reformation.

At any rate, those four distinctives of the Reformation seem pretty valid.  It doesn’t give us a full picture of what the Reformation was about.  Perhaps the solas are better, with Grace Alone, conveying the monergistic nature of salvation–that God does everything for our salvation–an important facet of the Gospel for both Lutherans and Calvinists.  Then again, the solas say nothing about vocation, a teaching described in two of the four of Mouw’s distinctives.  But those four certainly don’t account for the Lutheran reformation, with its understanding of how the sacraments tie all of this together.  But the four can be descriptive of the broad lines of Reformation thinking, as held by most early Protestants.

And yet today, there are many Protestants, yea, quite a few evangelicals, who believe that salvation is “through a combination of faith and good works,” instead of  “through faith in Christ alone.”  Mainline liberal Protestants don’t consider the Bible to be much of an authority, ascribing to themselves–as institutional churches–the authority to change Christian doctrines and moral teachings.  The last two, the priesthood of all believers and the notion that Christianity is to be lived out in the ordinary world rather than in monastic separatism, have to do with the doctrine of vocation.  That teaching has long been neglected, but I have been trying to bring it back, as in my trilogy on vocation.

It would seem that the message of the Reformation–indeed, of Lutheran orthodoxy, to explore, defend, and apply that message–is still needed.

November 1, 2021 Of Course the Church Is Going to Be Small
Recent Comments
0 | Leave a Comment
Browse Our Archives
get the latest updates from
Cranach
and the Patheos
Evangelical
Channel
POPULAR AT PATHEOS Evangelical
1