Should Couples and Their Pastor Reject Marriage Licenses? 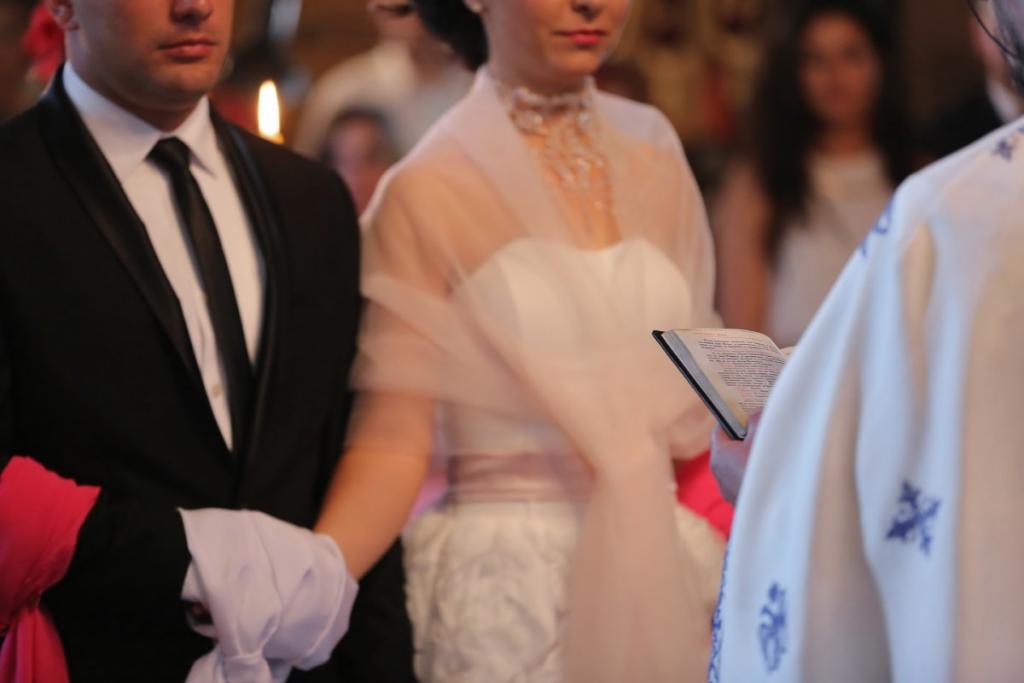 “By the power invested in me by the state of Wisconsin, I now pronounce you husband and wife.”

That formula, said by the pastor in many traditional wedding services, indicates that the officiating minister is acting as an agent of the state by signing the marriage license and establishing a legal, state-recognized marriage, which entitles the couple to all of the legal benefits and responsibilities of starting a new family.

Today, in light of the Supreme Court’s Obergefell decision legalizing same-sex marriage, some pastors are saying that, in light of the government’s decision to adopt an understanding of marriage that violates that of Scripture, they can no longer in good conscience serve as “agents of the state” in this matter.

They express willingness to give couples a church marriage, but they are refusing to sign marriage licenses.  Similarly, some Christian couples want to forego marriage licenses, along with the legal status granted by the government, and be content to just be “married in the eyes of God.”

What are we to make of this?  And how should pastors navigate the various issues regarding weddings and marriage  in the current “post-Obergefell” climate?

The Lutheran Church Missouri Synod has the Commission on Theology and Church Relations (CTCR), a a group of scholars, pastors, and laypeople that the church calls upon to study issues like these.  The commission holds to the Lutheran Confessions, but it is known for its fidelity to Scripture and for its careful applications of Biblical teachings, making its reports helpful to non-Lutheran Christians as well.

The CTCR has just published a report entitled ‘Marriage Between Church and State: A Report on Clergy Serving as “Agents of the State,” ’ available as a free download.

I urge you to read the report yourself, since I can hardly do justice to it here.

It begins with a thorough study of Biblical teaching on marriage.  God has not only instituted marriage, He is the one who joins men and women together into marriage and makes them “one flesh” (Matthew 19:1-6).  The Bible also grounds marriage in the relationship between Christ and the Church (Ephesians 5: 22-33).

And yet, marriage is the foundation of the “earthly estate,” a temporal institution for human beings of every culture and religion.  Referring to an earlier CTCR report on Human Sexuality, the report observes,

Therefore, although marriage is established by God, the 1981 report declares that marriage is not “primarily an ecclesiastical matter.” Indeed, in the first centuries of the church, marriage was viewed as a secular act. This does not negate the reality of marriage as a divine institution. Rather, it is a reminder that “as a divinely ordained earthly estate [marriage] can be legitimately contracted in the civil realm.” However, the secular or civil aspect of marriage rightly does not in any way discourage the long-standing Christian practice of solemnizing the vows of marriage in the context of public worship with the Word of God and prayer. Such “consecration signifies that marriage is holy because it is God-ordained and that it can be received with thanksgiving (1 Tim. 4:5).”7

As a divine institution that God enacts by means of human authority, marriage stands firmly between the human and the divine, or, as we may put it today, between church and state.

Lutherans teach that marriage is not a sacrament.  Therefore, pastors do not make a marriage, as such.  Nor does the state.  Rather, what ratifies a marriage “is mutual consent, the ‘commitment of a man and woman to a permanent sharing of their lives.'”  Thus, common law marriages–or, I would add, the ceremony-free, license-free marriages practiced by some cultures–are legitimate and binding marriages (which the CTCR document discusses but does not recommend).

The point is, God makes marriages, but he does so “by means of human authority,” which He works through to govern His temporal kingdom.  This is an aspect of the doctrine of vocation, which teaches how God works through human beings.  This authority doesn’t have to be the same as what we have today, with its licensing and marriage laws.  In some societies, the parents of the couple–also a God-ordained human authority–ratify the marriage.  But Christians are always under the authority of the legal system in which they live.  For us 21st century Americans, that would include state marriage laws with their license requirements.

The report shows that the Biblical teachings about marriage can be and have been operative in a very wide range of cultural and legal systems.  But what about legal systems that violate the Biblical teachings against marriage?  The report examines cases of this happening, such as when, in the early days of the Communist revolution, the Soviets outlawed marriage altogether, though this was soon rescinded.

In the Bible itself, we see the tension between the Mosaic law, which permitted divorce, and Jesus’s teachings against it (Matthew 19:1-12).  The report said that the Mosaic law, among other things, was a national legal code, which, though in conflict with God’s will, was permitted, according to Jesus, because of human sin:  “Because of your hardness of heart Moses allowed you to divorce your wives, but from the beginning it was not so” (Matthew 19:8).  (So could that distinction allow for same-sex marriage, as a way to order fallen sexual activity, even though it is against God’s created design for marriage?  The report says, no, since Jesus’s teaching does not open the door for all accommodations.  Jesus makes clear that divorce is never a good thing, even though social  laws allow it.)

But what about “we must obey God rather than men” (Acts 5:29)?  The report formulates three questions to answer in determining whether the marriage laws of the society contradicts the Christian view of marriage to the point that the Christian must violate those laws:

1. Does the state’s definition invalidate biblical marriage or make it illegal or subject to penalty?

2. Does the state prescribe or impose invalid marriages upon individual Christians?

As of yet, in regard to the extension of the marriage laws to same-sex couples, the answer to all three questions is “no.”  Christians may still practice Christian marriage under state law.  Therefore, we are still subject to that law and should obey it.

We believe that it is unwarranted for Christian couples to refuse to secure legal marriage on the grounds that the definition of marriage has changed in the U.S. and elsewhere. While the definition has changed, it is not redefined in such a way that it excludes a positive Christian understanding of marriage. We cannot endorse any convincing moral argument for a couple to refuse licensure.

Marriage truly does stand between church and state. It is both sacred and secular. It is God’s institution and holy work, but one that He enacts by means of earthly authorities and instruments such as laws and customs. Marriage, by God’s own created design, is subject to earthly laws and customs, even though human laws and customs sometimes undermine or even abrogate God’s good purposes for marriage.

What do you think of this take on the subject?  Are there issues or arguments that it fails to address?  Or is this a good example of Biblical thinking applied to a contentious current issue?

Photo by Marko Milivojevic on Pixnio 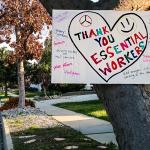 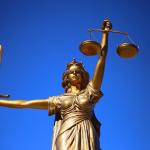 November 15, 2021 The Rule of Law
Recent Comments
0 | Leave a Comment
Browse Our Archives
get the latest updates from
Cranach
and the Patheos
Evangelical
Channel
POPULAR AT PATHEOS Evangelical
1 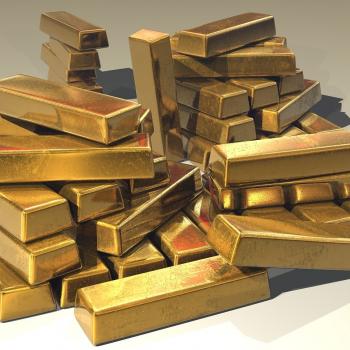 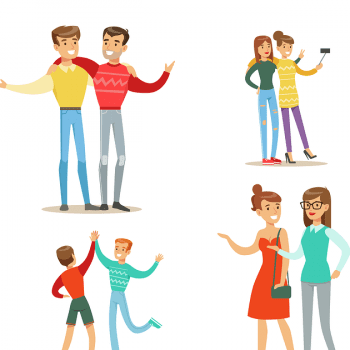 "The First Atheist State in the World"
While religious Americans might have exaggerated the “godlessness” of communism during the...
view all Evangelical blogs
What Are Your Thoughts?leave a comment
Copyright 2008-2021, Patheos. All rights reserved.