The “Ecosystem” of the Lutheran Church Missouri Synod 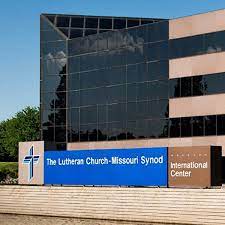 The “institutional church” is derided by just about everybody, from spiritual-but-not-religious Nones to non-denominational evangelicals.  Indeed, many church “institutions” have become floundering and unfaithful.  But few people have encountered a church that has actually functioned as an institution is supposed to, retaining its identity through the generations despite all the challenges and giving its people the Christian formation they need.

One such successful Christian institution is the Lutheran Church Missouri Synod.

So says Rebekah Curtis in a rather remarkable piece for the American Reformer entitled “The Lutheran Option:  Stewarding a Legacy of Institution-Building.”

She’s talking not so much about doctrine but about church culture and the benefits of being a part of a local congregation that forthrightly and as part of a larger institution believes, teaches, and lives out Christian doctrine.  She is also interacting with the “Benedict Option“:  In looking for a haven for themselves and their families from the increasing assaults of secularism, many Christians are trying to build new institutions; she suggests trying some that are already functioning.  Other Christians are–like the religious migrants of old–moving their whole households, not in search of a job, but in search of a good church, preferably with a good school.  She mentions several specific Lutheran congregations that have become magnets for this kind of migration.

Her article defies excerpting, so let me get your started and you can click “Keep reading” to read it all.  From Rebekah Curtis,  “The Lutheran Option:  Stewarding a Legacy of Institution-Building“:

In 1817, Prussia’s Frederick William III sought to solve religious tensions by making one nice, big Protestant church. There were no memes yet, so the Lutherans (i.e. “Saxons”) didn’t have this to post by way of explanation. Instead, they took a couple of decades to get organized, boarded five boats and sailed to America. One of the boats sank, and when the rest of them got here everything went really sideways. Devastating moral failure in their leader ended with the migrants living in horrible conditions mismatched to their skill sets. Somehow, enough of them made it to make it, and that’s how we got The Lutheran Church-Missouri Synod.

But in making the LCMS, as it is affectionately known, what did the Saxons make? The church body occupies a peculiar place in American Christianity. Lutherans are sacerdotal softies; doctrinaire Jesus freaks; acerbic jerks who love you so hecking much because they know God does. They can’t deal with Calvinists’ allergy to mystery, or the pope’s allergy to claiming primacy only by human right. Lutherans have been known to laugh at Baptists and cry at baptisms. Lutherans also punch as much below their weight socially and politically as Presbyterians punch above theirs.

Here’s a theory for this latter phenomenon that accounts for what the Saxons made. The LCMS has historically been a major operator of schools. This necessarily means that its body is composed of a great number of teachers, which has consequences. First, that Lutheran teachers have been less involved in other aspects of public life because the life of the Lutheran teacher has a “public servant” feeling and function built into it, even if its service is not broadly public. Second, that many young Lutherans have turned into Lutheran teachers, so the cycle continues. With so much institutional energy invested internally in education, a smaller external presence and recognition cannot be helped. Furthermore, the development of Lutheran schools both occasioned and supported the simultaneous growth of related structures, particularly financial and media institutions and complex internal social connections. The Saxons made not just a community, but an ecosystem.

She goes on to discuss the “ecosystem” of the LCMS, not minimizing its problems, but pointing out what it continues to do right.

I suspect that many of us who are members of the LCMS will be surprised and somewhat embarrassed to hear their church body praised so much–one of the many quirks she records is an aversion to “glory” and an awareness of how, as we confess every Sunday, “we are sinful and unclean.”  But, all the same, the article helps us to notice and to appreciate what we take for granted.

Her lesson, though, goes beyond the LCMS.  She concludes, “A congregation with solid dogmatics, real connections to a whole lot of other deep-rooted congregations, and over a century of life is worthy of serious consideration. It has survived complete turnovers of its leadership and membership, while surrounded by external cultural convulsion.”  And she notes, “Historically rooted church bodies with advantages of material and social infrastructure, a culture of commitment to the church, and generations of survival without loss of identity have an opportunity here.”

Photo:  Headquarters of the LCMS, St. Louis, via Facebook. 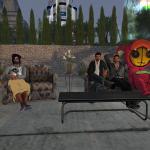 December 17, 2021
"The Biggest Disruption to Human Life We Have Ever Seen"
Next Post 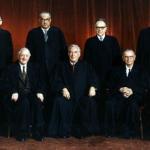 December 21, 2021 How Liberal Protestantism Gave Us Roe vs. Wade
Recent Comments
0 | Leave a Comment
"DL,You're assuming that everyone trying to win is a necessary fact. It isn't. But those ..."
Curt Day What Americans Have in Common & ..."
"DL, What I oppose is any one who works for a place of privilege and ..."
Curt Day What Americans Have in Common & ..."
"This past spring, the choir at our congregation put on a special concert performance of ..."
Jeremiah Oehlerich Talking Music
"A thought process which sounds reasonable...until you do the simple moral calculus and replace "this" ..."
Jeremiah Oehlerich Abortion and the Historic Church
Browse Our Archives
Related posts from Cranach