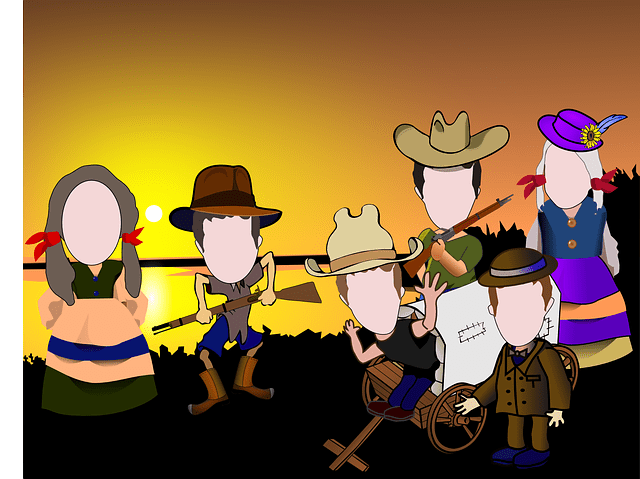 A raft of books, articles, speeches, and internet exchanges is putting out the narrative that the Republicans are trying to overthrow American democracy and that right wingers are organizing to commit acts of terrorism and to provoke another civil war.

James Pogue is himself an expert on extremist groups, but he complains that the overwrought scare tactics that many progressives are using to scare each other are wildly off the mark.  Since alarming readers is what sells books, he says, even writers with scholarly credentials are trying to incite panic, as opposed to actually learning about the people they are purporting to write about.

He has written a piece for UnHerd entitled This is not how civil wars start, with the deck “Extremism experts don’t get America’s hinterland.”  He tells about moving to rural Northern California, allegedly a hotbed of extremist activity, including a militia trying to take over the county government:

Just before I sat down to write this, I was at a bar where a liberal guy invited a not-so-liberal guy out to the parking lot. The liberal showed off a fly rod he’d built, and the redneck showed off a not-at-all-legal belt-loaded gun that he’d built. They came back smiling. Everyone mostly gets along fine. The incidents that seem to show overt cracks in the social order are very rare — occasional spats at restaurants or threatening visits to trailers, county board meetings moved online for safety.

They’re usually non-violent, and so wrapped up in the baroque Facebook-driven personal drama that colours life [in] the rural American West these days that any honest observer has to wrestle with questions about whether or not they portend a real breakdown. The numbers of people involved are tiny. The divides aren’t really about Trump, race, class. They aren’t really about anything that fits into mainstream America’s understanding of why civil violence feels so possible in this country, unless you count the fact that basically everybody around here has guns.

The same is true where I live, in rural small-town Oklahoma.  It’s definitely Trump country, including members of the numerous Native American tribes around here, but we have liberals here too.  Yes, both the conservatives and the liberals tend to be armed to the teeth.  But most people, whatever their faction, get along pretty well, despite what they might say online.  This is true even when there are provocations.  Someone on one of our main thoroughfares has put up a big banner on his house that says, “F**k Trump and f**k you for voting for him!”  It’s still up, long after the election.  No one of our many Trump supporters has torn it down, much less torched the house.  I wish the police would enforce the local public obscenity ordinance and make the guy take it down, but even the police seem to go with the live and let live philosophy.

Pogue goes on to discuss the “extremism-watching” industry.

Luckily, America has an influential class of professionals who make a living explaining situations like this. These are our extremism-watchers, and I should say here that I’m one of them. . . .The best way for them to get attention on Twitter and spots on NPR and cable news is by offering evidence that alarms the political and media class. And that class is naturally most alarmed by evidence that confirms its already-existing fears about what is going wrong in America.

The result is that there’s a very real professional incentive not to get to know your subjects too closely, lest you discover something that muddies up the story. And so the people who make the best living by describing America’s descent towards civil violence tend to be those with almost no personal knowledge of the armed rednecks they think are leading us there.

He goes on to review in detail the bestseller by Barbara F. Walter,  How Civil Wars Start: And How to Stop Them, a title that is getting much attention from the prestige media.  She argues that America has become an “anocracy,” something between autocracy and democracy, which is the type of government most susceptible to civil wars.  Furthermore, she says that most civil wars are ethnic conflicts–such as Croatians vs. Serbs in Yugoslavia, and Hutus vs. Tutsis in Rwanda–therefore, our polarization is actually one too, a matter of white supremacists unwilling to accept racial diversity.  The solution, she says, is to treat right wingers as we treat Taliban terrorists.  (Probably a pre-Afghanistan-withdrawal comparison.)

Pogue critiques her argument and her research.  He says that where he lives the issue isn’t race at all.  “Here there is a very totalising war of worldviews, touched off by the pandemic and resistance to expert advice and state action, led by a militia-aligned faction that thinks the local government betrayed the county’s free-living values by participating in California’s Covid protocols.”

Pogue, who has himself written for the New Yorker and the New Republic, is the author of the acclaimed account of the Oregon militia group that occupied the Malheur National Wildlife Refuge, Chosen Country: A Rebellion in the West. He says that the writers who stereotype and demonize their subjects are not only failing to understand the real issues, they risk creating a self-fulfilling prophecy of national disunity, driving a wedge between people and further polarizing the population.

January 26, 2022
Finland Explicitly Puts the Bible on Trial
Next Post