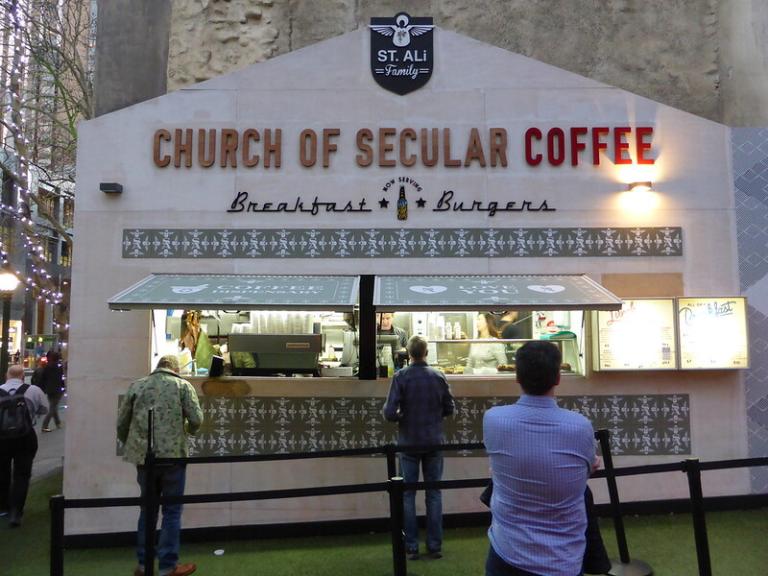 Of course, a church that goes beyond Christianity is no longer a church in any Biblical sense, the kind that confesses Christ like Peter did, to which Jesus promises that “the gates of hell”–let alone cultural trends–“shall not prevail against it” (Matthew 16:18).

But even God’s church of the Old Testament–with its priests, Temple, sacrifices, and Law–grew apostate, to the point of erecting pagan idols in the Temple and practicing child sacrifice, leading to its Babylonian captivity, though a remnant always remained.  So we shouldn’t be too surprised if the New Testament church endures something similar, though, again, a faithful remnant will always remain.

He excoriates the Christians involved in the January 6, 2021, attacks on the Capitol building and on evangelicals’ continued commitment to right wing politics and their adulation of the morally and spiritually flawed Donald Trump.  In his telling, many ostensible evangelicals have replaced Jesus with a false Messiah.  He says,

The January 6 riot was the shameful act of a relatively small number of protesters shamefully whipped up into a frenzy, but it fell far short of being a revolution.  And there is nothing wrong with Christians supporting a politician who, though not one of their own, advances their interests, specifically the defense of the unborn.

But while I disagree with much of Moore’s context and his reasons for making the statement, I am haunted by the statement itself.  The problem with secularism is not just with the culture “out there.”  Secularism has infected the church as a whole.  There really is a “post-Christian Christianity” and a “paganizing church.”

This began with the liberal theology of the mainline Protestant churches, which have also been influencing contemporary Catholicism.  The so-called Social Gospel–which began in the 19th century, became dominant in establishment church bodies in the 20th century and, though the issues are different can still be heard today in denominations that are members of the National Council of Churches–entailed a strong commitment to progressive politics as a means of building the kingdom of God on earth.  Now the Social Gospel of the left is being complemented by a Social Gospel of the right, from conservative churches.  But, theologically, they are essentially identical.

The liberal mainline denominations also pushed a psychological gospel, seeing the supernatural gospel of salvation for everlasting life through faith in Christ, as a metaphor for psychological wholeness and the well-being of the self.  Then ostensibly conservative churches started preaching a gospel of pop-psychology, emphasizing the power of positive thinking and having faith in yourself.  This morphed further, especially among miracle-expecting Pentecostals, into the Prosperity Gospel.

Meanwhile, the mainline denominations in their seminaries were jettisoning virtually every Christian teaching.  The authority of Scripture was thrown out in the name of historical critical scholarship.  The Trinity and the deity of Christ were then thrown out as later mythological accretions.  One by one, the teachings of the historic church–creation, redemption, sanctification–were turned into metaphors for contemporary concerns or dismissed altogether.  You could become a bishop in the Episcopal Church while rejecting the doctrine of the Resurrection of Jesus.  And, of course, Christian teachings about morality were set aside on the authority of the sexual revolution.

But now many evangelical ministers and erstwhile conservative seminaries are also revising and toning down Christian doctrine.  The Trinity, as understood in the ecumenical creeds, is being re-examined and re-considered by prominent evangelical theologians.  The Atonement of Christ for the sins of the world–the foundation of the gospel for which evangelicals name themselves–is being criticized.  The “New Perspective on Paul,” widely accepted by evangelicals, maintains that the Law from which the Gospel frees us is only the Jewish ceremonial law, so that salvation is by works after all.

Meanwhile, both liberals and evangelicals have been secularizing worship, tossing out the church’s heritage of hymns and liturgies in the name of anti-traditionalism in the hopes of “growing the church” by making it feel more and more like the secular world.

I grew up in mainline liberal Protestantism and can say that much that I was exposed to was “post-Christian Christianity” from a “post-Christian church.”  Not always and in every congregation and from every pastor, I hasten to say, but when I became exposed to the historical content of Christianity through my reading, I was drawn to evangelicalism.  But, after awhile, I found too many sermons and too many evangelical books that also said little about Jesus and historic Christianity.  All of these were factors that drew me to confessional Lutheranism.  I’m not saying that’s the only solution–other theological traditions are also retaining their heritage and keeping historic Christianity alive–but Lutheran theology and practice has been a life-saver for me (as I have written about).

In my book Post-Christian, I explore and critique post-Christian culture, but I also have a chapter entitled “Post-Christian Christianity.”   In that chapter, I discuss this phenomenon in much more detail and argue that one of the main reasons for the secularism of the broader society is that our churches have become so secularized.  This is especially evident in what happened in Western Europe in countries dominated by a single state church.  As I say in the book, “If a culture’s religious institutions become secularized—and, indeed, begin preaching and teaching a secularist worldview—then of course secularism will reign, having no opposition or alternative.” 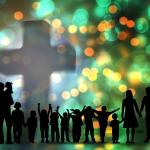 January 7, 2022
How Parents Make Their Children Religious (or Not)
Next Post 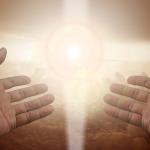 January 11, 2022 Defining Being "Spiritual"
Recent Comments
0 | Leave a Comment
"You compose beautiful prayers, Heidi. I will add your petitions to my prayer list."
City Gal Prayer Requests
"Mennenites make toiletries, right? :)"
reg Prayer Requests
"City Gal, I am sorry to hear about this. I shall."
reg Prayer Requests
"Hispanics appear to actively dislike "Latinx," but certain elements of "enlightened progressivism" continue to use ..."
reg Newspeak for Abortion, Part 2
Browse Our Archives
Related posts from Cranach