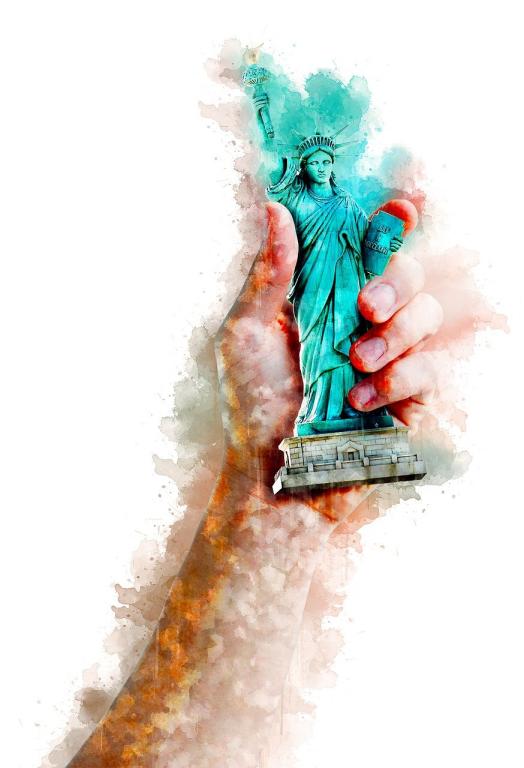 More from James M. Patterson’s article An Awkward Alliance: Neo-Integralism and National Conservatism that we blogged about yesterday. . . .

Prof. Patterson also unpacks two other terms in the current controversies within conservatism:  “post-liberal” and “right-liberals.”  Here is the post-liberal critique of Ronald-Reagan style, free market and personal freedom conservatives, whom the integralists and their allies insist actually practice just another kind of liberalism:

The term “liberalism” as they use it conflates progressive thought with mainstream conservatism—the latter they call “right-liberalism,” since right-liberals do nothing, in their view, but slow down progressive social change until conservative leaders ultimately cave on issues they once fought against.

The reason “right-liberals” cave, to their mind, is because their own liberalism demands it. Liberalism, according to post-liberals, defines the good at the level of the individual rather than according to church dogma or the common good. When “right-liberals” concede this approach in their opposition to progressives, they are in fact already giving the game away. Progressives understand the conflict as one of orthodoxies in a way that “right-liberals” do not; hence, “right-liberals” keep losing because they are unaware or unwilling to admit that liberalism itself is a dogma. When demanding that individuals make judgments on their own, liberals are in fact excluding Christian religious authority and substituting their own liberal authority on these matters. Hence, the language of “human rights” and “liberation” become the prevailing values that right-liberals cannot resist on liberal terms.

Patterson admits that there is some truth to this charge.  But the post-liberals have baggage of their own, including their reliance on some proto-fascist political theorists.  And their proposals for what government should be like should give all Americans pause:

The post-liberal regime has a centralized political authority and devalues ideas of natural rights and human dignity, the latter of which Pecknold is especially critical. Like the integralist parties of 1930s Latin America and Catholic Europe, they aim to impose Catholic orthodoxy on the laws . . . .

One might think that Xi’s totalitarian handling of religious and ethnic minorities might be cause for concern, but one should recall that post-liberals are not attached to ideas of natural rights or human dignity. Rather, they subjugate concerns for rights and dignity to the common good as they understand it, which is in a more collectivist sense of what a centralized government, duly informed by Catholic teaching, ordains for the people. Post-liberals stress the obligation for subjects to obey political authorities and leave ruling to elites. If the government deems a religious or ethnic minority, especially a Muslim one like the Chinese Uyghurs, a threat to the regime, then it has the sovereign authority to suppress it. . . .

Crean and Fimister provide the theoretical foundations and political implications for neo-integralism. Perhaps most concerning is their limited justification for slavery, the denial of women the right to vote, and the exclusion of the “unbaptized,” meaning especially Jews and Muslims, from citizenship. For neo-integralists, unbaptized populations would live at the pleasure of the regime, meaning they could not hold political office, serve in the military, or practice their faith in a way that might draw converts. Historically, to ensure that religious minorities do not convert the faithful, integralist states have segregated them into ghettoes, which Crean and Fimister say nothing to oppose. One can see the parallel in the way China has handled the Uyghurs.

Changing American in these directions sounds like a theoretical pipe-dream.  But here is how the “post-liberals” think this kind of government and social order might be implemented:

Surely, a reader may insist, all this is impossible to achieve. How would a majority of Americans ever agree to this? The post-liberal answer is to reject the premise; a majority is not necessary. After all, when progressives pushed for their policy proposals, few if anyone agreed with them. Same-sex marriage was unthinkable in 1990, marginal in 2000, a progressive plank in 2010, and the law of the land in 2020. The method for achieving this policy change was the organization of a small, well-situated minority who could use political and cultural power to move elites to their own position. The broader American people were indifferent, and progressive cultural elites simply led them to a majority support for same-sex marriage with a combination of popular entertainment like Queer Eye for the Straight Guy and Will and Grace and political activism by organizations like the Human Rights Campaign. Vermeule argues that post-liberals will do the same but with neo-integralist ideas.

But surely it is possible for “right-liberals” to refuse to cave to progressives and to prevent their love of “liberty” to degenerate into license.  And the track record of authoritarianism–including the theocratic authoritarianism of the Church of Rome–has seldom been supportive of the “common good.”

Christians might be expected to have more modest expectations of their government.  Freedom to practice their religion, a legal system that protects law-abiding citizens from evil doers, a reliable economic superstructure, and policies to address problems that arise–those would be challenging enough to achieve.  The best anyone could do would still be messy and imperfect.  But a government limited to such concerns would enable Christians to concentrate their attention on the Kingdom of God, without confusing it with utopian, idolatrous, and worldly substitutes.

I would think that Americans–particularly conservatives and Christians–would want to oppose post-liberals and integralists just as they opposed Communism, Fascism, and other dictatorships, and for the same reason.

Image by Krishna Chandra from Pixabay 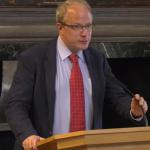