Discussion: Is America Going in the Right Direction?

A recent poll has found that 85% of American believe that things in the country are headed in the wrong direction.  Political prognosticators make much of surveys like that, but I find them unhelpful.

Both progressives and conservatives can agree that the country is getting worse, but for completely different reasons.

And how do we know what direction the country is headed?  Is overturning Roe v. Wade the beginning of a new “culture of life”?  Or does it mark the end of democracy and the imposition of a right wing theocracy, as the progressives are saying?  Is spiraling inflation necessary for the “future of the liberal world order,” or will it kill off liberal economic theory for good?

Breaking down that poll, we learn that 92% of Republicans don’t like the direction of the country (despite a number of Supreme Court decisions they appreciate and the prospect of large gains in the upcoming midterm elections), while  78% of Democrats also don’t like of the direction of the country (despite controlling much of the government, the media, academia, and the corporate world).

So I put it to you members of the Cranach community:  How would you answer that survey question, whether or not America is headed in the wrong direction?  And why?  Feel free to give nuanced and complex answers. 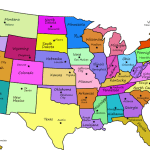