Luther at the Movies Destroys the Metaverse 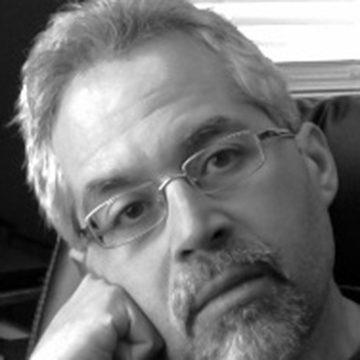 Some of you may remember the legendary blog Luther at the Movies, which portrayed the venerable reformer as somehow finding himself in our contemporary age, whereupon he thunders against the religious and cultural foibles of our times and reviews movies.  His “execrable assistant,” who actually wrote the posts, was a Lutheran comedy writer and editor named Anthony Sacramone.

He seems to have had a crisis of faith and disappeared from the blogosphere, after writing a body of work that is some of my favorite religious satire, being both hilarious and devastating.  Those of you who were with this blog from its inception will recall him fondly, since I was always linking to him, and you may have wondered whatever happened to him.

Well, he contacted me recently, wanting me to review a book for the periodical he edits, Religion & Liberty, a publication of the Acton Institute think tank.  His day job has always been editing periodicals, and he has been diligently fulfilling this vocation, including a stint with the Intercollegiate Studies Institute, the scourge of woke academia.

He put me on to his website Anthony Sacramone: Writer of Fun Things, which contains the whole archive of Luther at the Movies and his other legendary blog Strange Herring, plus lots more things he has been writing.

The latest issue of Religion & Liberty is devoted completely to the metaverse, that attempt to replace actual reality with virtual reality.  We’ve been blogging about this.  (See, for example, here and here.) Sacramone destroys the concept not with satire but this time with his skill as an editor, assembling a wide range of writers and articles who undermine the metaverse dream.  Here are the articles:

The Metaverse Does Not Exist by Dan Hugger

The Screen Is Not Your Master by Dan Churchwell

Bodies Must Worship by Trevor Sutton

Jacques Ellul and the Idols of Transhumanism by Stefan Lindholm

Friendship in the Age of Facebook by Rachel Ferguson

The first three are available online, as linked.  The others will go up on the days ahead.  Sacramone has changed Religion & Liberty from a blog to a webzine and–starting with the Winter issue–an actual hard-copy magazine that you can subscribe to.  (For now, the complete issues are available at the archive.)

To give you a taste, Dan Hugger in The Metaverse Does Not Exist explores the origins of the metaverse in Science Fiction, particularly the work of Philip K. Dick, along with other novelists and filmmakers.  They not only anticipate the technology but critique its implications before the technology even exists. “The metaverse, as of yet, does not exist,” he writes. “It’s a fiction built upon science fiction. A dream with dreamers of the day dreaming it who, if anyone can, will make it possible. The meaning of the metaverse is thus the meaning of the desires for the metaverse. Where does one find the reality in illusion itself? In the alluring hopes and haunting fears of the science fiction from which it first arose.”

Hugger shows the religious themes attached to this dreams of an illusion.  The metaverse becomes the equivalent of the spiritual realm, with prospects for everlasting life.  And Hugger closes by bringing the actual Luther to bear on the issue:

The first commandment given to Moses on Mount Sinai was “Thou shalt have no other Gods.” In his Small Catechism, Martin Luther gave a concise explanation for this commandment, stating simply: “We should fear, love, and trust in God above all things.” Science fiction writers explore alternate realities in the realm of the imagination but rarely trust them. Faith placed in the metaverse to emancipate us from the constraints of creation and providence is a faith misplaced, one built on the shifting sand of the whims and capacities of those who fashion them. Looking to the metaverse for love, community, and solidarity outside our service to neighbors in the real world violates our duty to both them and their Creator. To fear the metaverse is also wrong, as God provides all we need even in this oversaturated information age. Philip K. Dick famously defined reality as “that which, when you stop believing in it, doesn’t go away.” The ultimate reality, God himself, is with us always, “And the Lord, he it is that doth go before thee; he will be with thee, he will not fail thee, neither forsake thee: fear not, neither be dismayed” (Deuteronomy 31:8).

Tomorrow, we’ll look at what Trevor Sutton, my co-author on Authentic Christianity:  How Lutheran Theology Speaks to the Postmodern Age, has to say about worship in the metaverse.

Photo:  Anthony Sacramone via The Stream 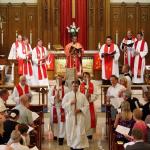 October 24, 2022
5 Tips To Keep In Mind When Visiting A Lutheran Church
Next Post 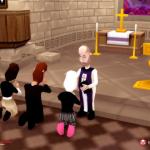