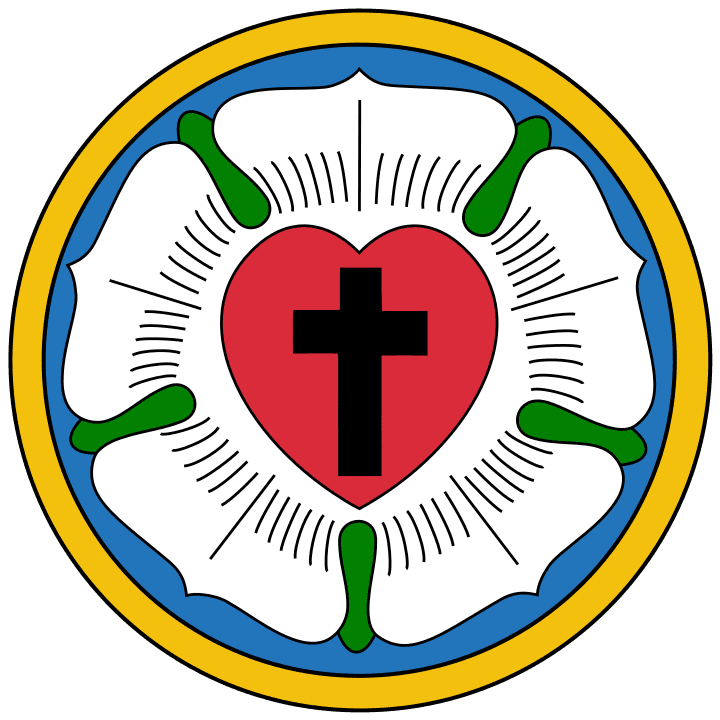 Yesterday we blogged about how Christians have their identity in Christ, through their baptism.  Supporting that, traditionally, has been the secondary identities we have in our families and in the church.

At our congregation I am teaching a post-confirmation class.  The youth attending it have been confirmed, so they have been well instructed in the Catechism and in the Bible, knowing the Law and the Gospel, the Word and the Sacraments.  At their confirmation, they were asked a series of questions about their faith, culminating in this:

Pastor: Do you intend to continue steadfast in this confession and Church and to suffer all, even death, rather than fall away from it?

Response: I do, by the grace of God.

Despite making this commitment, many confirmands have been abandoning this confession and Church as soon as the rite is over.  I have better hopes for the members of my class.  But it has occurred to me that many Lutherans are oblivious to their forebears who did suffer death rather than fall away from this confession.  And many Lutherans, not just young people but adults as well, do not know all that much about their Church and why it is worth suffering for.

In the class I am teaching these young folks the history of the church in general and their Lutheran church in particular. I am trying to help them learn and appreciate their spiritual heritage and realize their place in it.  My goal is to build up their Christian identity by helping them cultivate a Lutheran identity.

But this has led to a generic Christianity, with minimal doctrine and little theology.  Conversely, the great theological traditions that the denominations used to exemplify are on the verge of being forgotten, even though their insights could help Christians navigate the issues they face today.  As a result, contemporary Christianity is weakened in the face of militant secularism.

The word “denomination” derives from a word meaning “naming.”  There is nothing wrong with a church body having a name; that is, having an identity.  And the members of that church–inasmuch as they belong to a common community, with a common history, and common beliefs–share in that identity.  This should reinforce their primary identity that they have in Christ.

In the class, we started by studying the early church, which was cruelly persecuted until it converted the persecutors.  We talked about the heresies that arose and how the Creeds that we recite every Sunday were composed to counter them.  We discussed the fall of Rome to the barbarians, how the church preserved literature and learning and eventually converted the barbarians.

We studied the Middle Ages, its great accomplishments but also how, at the pinnacle of the church’s power, the authority of the Scriptures was eclipsed by the human authority of the pope and how the gospel of salvation through Christ was obscured by salvation through good works.  We talked about the popular notion that a soul must spend three years in the fires of Purgatory for every sin–a “temporal penalty” even for sins that had been confessed and absolved–and how ordinary Christians faced the prospect of experiencing punishment for thousands of years until they could merit Heaven.  And how the church fell into corruption by monetizing such beliefs through the sale of indulgences.

Which led to the Reformation.  My class had heard quite a bit about Luther.  But, in addition to the Lutheran martyrs, we also talked about other Reformers who thought Luther did not go far enough.  Luther wanted to “reform” the church by recentering it around the gospel of Christ and the Scriptures, eliminating only those elements that pointed in other directions.  But much in the medieval church did point to Christ, and so were retained.  Other Protestants, though, would try to start the church over, more or less from scratch, accusing the Lutheran liturgy, the church year, and its artistic representations as being “too Catholic.”  I wanted my students to understand why Lutherans do what they do and why they are different from other Protestants.

My students knew little about what happened after Luther’s death, how the Emperor decided to eradicate Lutheranism and the Reformation once and for all.  How the Lutheran princes united in the Smalcald League and were defeated by the Emperor, thanks to their betrayal by Duke Moritz of Saxony, a Lutheran who was tempted to treachery by the Emperor’s offer of land and the title of “Elector,” taking it from the line of Frederick the Wise so he could be one of the seven voters who elected the next Emperor.  Catholicism was re-imposed and Lutheranism was forced underground.  Until Moritz, having betrayed his fellow Lutherans next betrayed the Emperor and defeated him in battle, leading to the Peace of Augsburg and the legalization of Lutheranism!

We studied the Age of Lutheran Orthodoxy, with its accomplishments (such as its music, such as Bach, plus some of the hymns we sing every Sunday), and its problems, such as the “Lutheran” heresies.  The students held in their hands the Book of Concord, assembled to be the definitive statement of Lutheran theology, and we talked about each of the confessions and what it’s for.  (The Augsburg Confession, showing how Lutheranism is continuous with historic Christianity; the Smalcald Articles, showing how it is different from Catholicism; the Formula of Concord, showing how it’s different from Protestantism, etc.).  We also talked about the challenges of Pietism and the Enlightenment.

We studied Lutheranism in America.  We talked about Samuel Schmucker, who argued to the early German and Scandinavian immigrants that they should compromise their theology so that it would be in accord with the Christianity of their new homeland.  “No!” said my students.  But he exemplified the perennial temptation of American Lutheranism, which has lurched at various times towards revivalism, liberal theology, the charismatic movement, evangelicalism, and the church growth movement, only to lurch back to Lutheran orthodoxy in the nick of time.

We then talked about how, back in Germany, King Friedrich Wilhelm III, in addition to cultivating Prussian militarism and replacing the classical university with the new science-based “research institutions,” got it into his mind to combine all of the Protestant churches into one generic state church, in which his subjects could be enlightened with sermons on topics such as “Modern Agricultural Techniques.”  Some Lutherans who resisted this “Prussian Union” were arrested, and more resolved to leave behind their extended families, their livelihoods, and their homeland in order to find religious liberty.  So they emigrated to Canada, Australia, and, especially, the United States.  Here they settled in states like Wisconsin, Michigan, Texas, and Missouri, often building log cabins and facing the hardships of pioneers.  I stressed how this heritage is why Missouri Synod Lutherans don’t buy into “ecumenical” movements or “unionism” of any kind.

I knew for a fact that the young people in my class were descended from some of these religious refugees.  They were Wends who left their homeland so they could worship with the Lutheran liturgy and hold to the doctrines in the Book of Concord.  They were willing to “suffer all” because “this confession and Church” were worth everything.  I stressed to my class that this is why you live here, in America, because your great-great-however-many- great grandparents valued their faith that much.

These settlers would join together, under the leadership of pastors like  C. F. W. Walther, into the Missouri Synod.  We talked about its growth as it evangelized other immigrants, its suffering under the anti-German mobs during World War I, its tremendous growth after World War II, its creative use of media in The Lutheran Hour radio show, and then the Seminex schism.

We did other things, such as walk through the Divine Service, along the lines of my recent post about what visitors need to know about it.

And the students ate it all up.  They liked to hear about the battles.  The martyrs.  The commitment.  They picked up on the themes–the Schmuckerite temptation of cultural conformity, the patterns of failure followed by rebirth, the trust in the Word and Sacraments, the “Here I Stand” integrity.  They felt a part of all of this.  This is their church.  They were embracing their Lutheran identity.

Churches of all stripes are trying to figure out how to keep their young people in church.  All denominations and theological traditions –and the non-denominational congregations have a theological tradition of their own–have their own stories and their own identities.  To continue those stories, churches need to transmit their identities to the next generation.  At a time when young people are searching–sometimes in all the wrong places–for an identity, they can find an identity in the church, which, in turn,  can give them an identity in Christ.

Illustration:  The Luther Seal (Luther’s Rose) [see this for the meaning] by Daniel Csörföly (from Budapest, Hungary), CC BY-SA 3.0, https://commons.wikimedia.org/w/index.php?curid=3111920 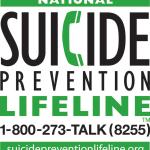