The Making of the Non-Binary Gender 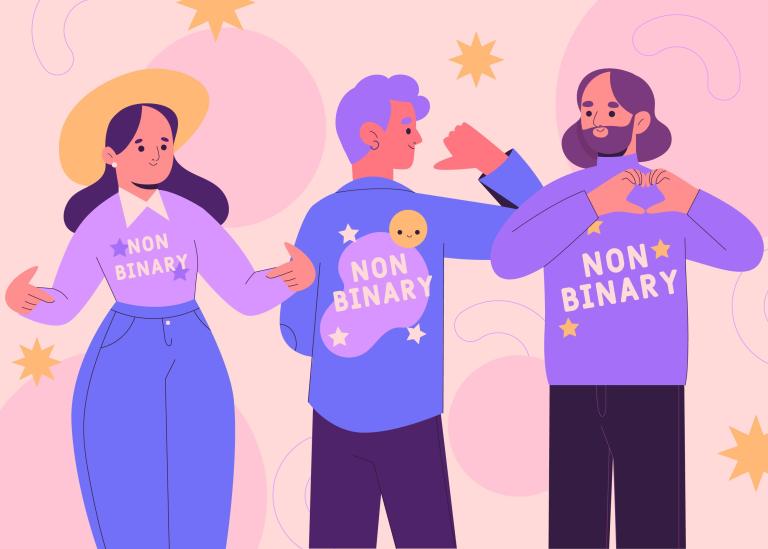 Yesterday we posted about the 130 genders listed on an application form for San Francisco’s guaranteed income for trans people.  Most of them were variations on the theme of being “non-binary.”  That is, being neither a man or a woman.

It occurred to me that people who claim this gender identity may be casualties of the sexual revolution and of radical feminism.

Yes, human beings have a powerful drive for sex.  But we also have a powerful drive not to have sex.  Virtually every culture fences off sex with taboos and moral rules.  Virtually every human being has inhibitions about sex.  Because sex by its nature is for marriage and procreation, it is too important and too powerful to trivialize.  Women need to protect themselves and be protected against sexual predators, and men need to cultivate the self-discipline not to become sexual predators.

Our own culture, though, has thrown off its taboos and inhibitions.  Contraceptives and abortion have made it possible to have sex without procreation, and thus without marriage.  The sexual revolution has worked hard to eliminate all natural inhibitions about sex.  The culture works to eliminate all taboos by sexualizing our entertainment and our art forms, thus normalizing sex apart from marriage and reproduction.  Even our technology is sexualized, as pornography cuts off sex not only from procreation and marriage but from any human contact whatsoever.

The result is an intense cultural pressure, especially among young adults, to be sexually active.  If not with the opposite sex, then, since sex no longer has an essential connection to procreation, with someone of the same sex.  And if no one is available or willing, sexual pleasure–the only dimension of sex that survives–can be found in the privacy (a remnant of the inhibitions) of one’s computer.

But what if a person does not want to play these games?  Religion and morality can liberate a person from these pressures, but what can someone with little conception of religion and morality but who wants sexual integrity do?  One option is to reject sex altogether, not in the sense of celibacy or chastity, but rejecting one’s own sexual identity, with all of the pressures and expectations that go with it.  To be neither a woman nor a man.  To be non-binary.

Far better to be neither a woman nor a man, to be non-binary, to be one of the 130 options.

This is just speculation.  I’m not a psychologist or a psychiatrist.  Then again, I’m not sure I believe psychologists or psychiatrists on this subject, since they mostly seem to accept the notion that gender is a matter of self-identification disconnected from the body.

I know that some young children, when asked by their teachers to choose their gender, will say they are non-binary.  Even though they know little about what that or being a boy or being a girl means, adults, including sometimes their progressive parents, will seize on that and subject them to gender negation treatments.  But that is simply gender dysphoria plus child abuse.

Whatever the reasons why a given individual wants to be or feels non-binary, I am confident that it has something to do with the breakdown of the family, the distortions of both masculinity and femininity, and our disordered sexual ethos.

And resolving today’s confusions about gender and sex will require the restoration of marriage and parenthood.