Most people know that Grimm’s Fairy Tales are not the watered-down stuff Walt Disney gave us. They’re much darker, far grimmer.

Two questions arise in my mind at the thought: first, what purpose did the real stories serve? (they were passed down for generations, and I’ve heard tell their roots go down so deep they’re positively prehistoric), and second, why were they bowdlerized? We can’t blame it all on poor Walt.

The Bowdlerizing Impulse of the 19th Century

The reformist impulse of the 19th century did a lot of damage. It’s a huge subject, but I’m focused at the moment on the way the stewards of literature made the tastes of little girls a needle’s eye for everything to pass through.

The household, a political and economic institution once upon a time, was being stripped of its functions by the Industrial Revolution and the rise of the Welfare State. But advocates for it were reinterpreting it and turning it into the safe haven we know today, a place of sentiment and softness, a cult of hearth and home. And stories of children being cut up and thrown into pots just wouldn’t do.

(Not only did folk tales suffer from the knife, so did the Bible. There’s no telling how many boys were lost to the church because of Sunday School flannel-graphs. Mark Twain was. More about that in a minute.)

But when things that serve a forgotten purpose are lost, they have a way of returning in new forms.

I remember a Time Life book we had when I was a kid. There was this amazing fold-out illustration of, Rudolph Zallinger’s, The Age of Reptiles.

I was drawn to it, almost against my will, and once open I would meditate upon the awesome awesomeness of Tyrannosaurus Rex–the king of dinosaurs: that capacious mouth lined with teeth, those thunderous thighs, those tiny arms, so strangely endearing and useless.

What’s this all this about? Why do little boys (mostly) love this stuff? Edmund Burke knew. He had a name for it. He said we long for the sublime.

Here he is on the sublime from his, A Philosophical Inquiry into the Origin of Our Ideas of the Sublime and Beautiful (1757)

(It is)…whatever is fitted in any sort to excite the ideas of pain and danger… Whatever is in any sort terrible, or is conversant about terrible objects, or operates in a manner analogous to terror.

The gist of it is this…for some inexplicable reason we’re drawn to large, powerful, indifferent, and terrible things that could crush us. We derive pleasure from the experience. Think of sitting out on a porch during a thunder storm at night: Flash! “One Mississippi, two….” Boom! “Whew, that was close!” you say with a grin. Sublime.

Christianity and the Sublime

The Bible is sublime. (You’d never know it though from children’s Bibles.) From the very start, with the Spirit of God brooding over a bottomless sea, to Noah’s flood, to that truly weird moment when God cuts a covenant with Abraham, to the Lord passing by Moses as he takes refuge in the cleft of the rock, (and I’m not even out of the Pentateuch) to the whirlwind in Job, to the Lord wadding into the sea and riding upon the storm in the Psalms, to the trampling out the vintage of his wrath, to the great fish emerging from the depths to swallow the prophet, stirring stuff.

But we’ve bowdlerized the Bible. It’s not the first time though, C. S. Lewis complained that something was lost in the synchronicity of the Medieval cosmos. Christianity tends to go too far with the impulse to tidy things up. And even when we get a glimpse of the God who dwells in thick darkness, we turn it into something so saccharine that it turns the stomach, at least mine.

Those Christians who have a taste for the sublime have a theological name for it, it’s the strong drink in the mature Christian’s cupboard that some call the Numinous. (I prefer mysterium tremendum.) Soren Kierkegaard, John Milton, and J. R. R. Tolkien all shared a taste for it.

H. P. Lovecraft and the Sublime for Atheists

But when modern cosmology opened the heavens to us so that we could see it and ourselves anew, literary enthusiasts for the sublime found something new to work with.

H. P. Lovecraft may be the father of them. (If not Lovecraft, I’m not sure who else it could be, H. G. Wells maybe?)

Regardless of whether or not Lovecraft is truly the father, he has many children. Some of the most popular authors of speculative literature today consider him the master. Here’s a short list: Neil Gaiman, China Meiville, and Stephen King. Not a bad list of devotees for a man who lived in obscurity and died penniless and half-starved.

I’ve written about Lovecraft and his uncanny mirror-like relationship to C. S. Lewis elsewhere. (Even the Lovecraft crowd seems to agree with me.) Both are now literary cult figures, and along with Tolkien, they are the taproots for most of the fantastic fiction on the market today. Obviously, there’s a huge difference in outlook between Lewis and Tolkien on the one hand and Lovecraft on the other. Lovecraft was an atheist.

But this shouldn’t belie the thing they all share in common. They all make us feel small.

For Tolkien, there was Norse mythology, for Lewis, the Planets of the Medieval cosmos, but for Lovecraft the awful immensity and mystery of the cosmos as revealed by science was his inspiration. He called it Cosmicism.

He introduces his readers to it in the opening paragraph of one of his greatest stories, The Call of Cthulhu,

The most merciful thing in the world, I think, is the inability of the human mind to correlate all its contents. We live on a placid island of ignorance in the midst of black seas of infinity, and it was not meant that we should voyage far. The sciences, each straining in its own direction, have hitherto harmed us little; but some day the piecing together  of disassociated knowledge will open up such terrifying vistas of reality, and our frightful position therein, that we shall either go mad from the revelation or flee from the deadly light into the peace and safety of a new dark age.

Many Lovecraft stories do end with a descent into madness. And Lovecraft excelled in giving us what Tolkien gave, an internally consistent (as far as that can go) secondary world, filled with denizens as immense and indifferent to humanity as the cosmos seems to be. The reason Lovecraft is one of the all time greats is not because he excelled as a stylist; he’s great because he succeeded in making his readers feel the power of the sublime.

Two thoughts to part with

First, I think we will always have fairy tales, myths, and weird fiction (Lovecraft’s favored label) because these are the most accessible literary forms for giving expression to the sublime. Bowdlerize them all you want, the sublime will just find new forms and return with power.

But second, and here’s where Lovecraft would demure, me thinks, the longing for the sublime is a hunger for God, that mystery that sets us to trembling. Not that mawkish idol that passes for God in a praise chorus, I’m talking about the God of Abraham, Job, and Jonah. The Lord of Hosts is his name. He is a strong drink, and he is only for adults. 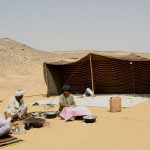 March 2, 2016
Tentmaking: It's Not Just for Missionaries Anymore
Next Post 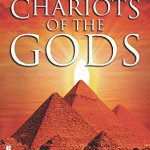 March 7, 2016 The Fermi Paradox and Extraterrestrial Life
Recent Comments
0 | Leave a Comment
Browse Our Archives
get the latest from
Evangelical
Sign up for our newsletter
POPULAR AT PATHEOS Evangelical
1