Yes, I am a gun owner. (Actually, I own more than one gun.) And, yes, I am a member of the National Rifle Association.

I’m also a minister of the gospel.

I’ve never thought of gun ownership, or membership in the NRA, as somehow conflicting with my standing as a minister. And I’m not the only one. I’ve known several ministers who’ve owned guns.

But I understand this makes some people uncomfortable. And some of these people do perceive a conflict. So, since I believe a decent respect to the opinions of mankind requires that I should declare the causes which impel me to hold a separate opinion, what follows are some of those causes.

I grew up in what some people refer to as “the gun culture”.

I’m from western Pennsylvania where gun ownership is common. Hunting is an important and widely enjoyed aspect of life. In my high school we had the first day of buck season off. It was a holiday you could say. No one would have come to school anyway, so they decided not to fight it. Gun racks in trucks were everywhere (with actual guns in them–this was the 1970s), and most homes had a gun case in the living room, locked, but with a glass door so the guns could be admired. A typical case had four to six guns, along with ammo. This usually sat next to a deer head or two on the wall. I never thought much of it. And since I’m not a vegetarian I hold people who can harvest their own meat in esteem. They strike me as honest.

Guns are tools. And since tools are designed for different uses, the guns I own correspond to differences in use. I’m a carpenter and I don’t just own one saw or router. I have several of each (ten saws, I think, and four routers, among many other tools). I keep all my guns in a safe–no glass door.

It is possible for a tool to become a fetish. I think that’s what has happened with guns for both those who like them and those who don’t. I suppose it is inevitable. Axes are tools, and I think lumberjacks probably have “feelings” for their axes, and they come to signify a way of life. I suppose you could have an irrational fear of axes too. They’re sharp and dangerous, and some people have used them to commit crimes, even murder.

I’m not obsessed with guns, but I do admire gun-smiths and good marksmanship elicits my respect. I don’t spend much time talking about them, but I have used my concealed carry permit for personal identification, and when I recently invited diesel engine mechanic to church he asked me, “Mind if I come packin’?” I was able to say with a smile, “You wouldn’t be the only one.” and I wasn’t referring to me.

So, what are guns good for?

I’ve already discussed this above. If I were a vegetarian, or if I believed harvesting meat was in conflict with scripture, gun ownership for this reasons would be inconsistent with my calling. But I eat meat. Sure, I think you can have too much of a good thing. I’m open to the idea that too much red meat, for instance, may be bad for your heart. But when coyotes hunt rabbits I am not of the opinion that this is somehow the result of sin. It actually appears to be an essential component to a healthy ecosystem.  The reintroduction of wolves to Yellowstone had salutary effects on the park.

I live in a rural area today, and I have chickens and a large garden. There are coyotes, foxes, hawks, owls, even bald eagles in the neighborhood. (I saw a bald eagle feeding on a deer carcass not too long ago.) I’ve lost chickens to predators. I’ve not used my ranch rifle to fend off animals, but I could have. (And if I relied on my chickens more than I do, I’m sure I would have.)

This is where most of the trouble lies for a Christian. There are the verses in the Sermon on the Mount, of course, but those address something besides guns. The real issue there is the right to self-defense, and I think by implication, the right to defend the vulnerable in your care. (If guns come into that discussion at all it seems to me to be more a matter of measured force, or a matter of degree, i.e. — is the use of a gun literally, “overkill”?)

Jesus has commanded his followers to “offer no resistance to an evil person” (Mt. 5:39) and “love your enemy” (Mt. 5:44). Do these commands make self-defense sinful? And more important for me, is it sinful to use coercive force to defend the defenseless, my daughter for instance?

No, I do not believe they do.

Jesus is telling his followers to be gracious and forgiving. Those things are beautiful and precious. And those things are precious precisely because they are gifts; a person intent upon harming you does not deserve them. And insofar as I can, I try to live up to that. But I am not willing to make the Sermon on the Mount the law of the land. I’m not even willing to follow it myself without exception.

In the course of life there are times when a recourse to force is both wise and necessary. There are times when a failure to defend yourself would be a loveless act. My wife and children depend upon me for a great deal. To take those things from them by failing to resist an evil person intent upon taking my life would betray them. Defending my daughter or my wife more directly from evil men naturally follows.

Knowing when to resist, and to what degree, calls for wisdom. It also calls for practice, for actually being ready to do so. So I stay fit (I can do all of these), and I keep guns, among other weapons, and I shoot them on occasion, hoping to never use them against people, but hoping to be prepared to do so if necessary.

I don’t consider myself to be a fearful person. But I have been exposed to physical violence. I was mugged once by two men with a machete in a dark alley in Boston, I was in the middle of a gang fight once where some people were stabbed (no, I wasn’t a participant), I came home once to a brick and broken glass on the kitchen floor and a house robbery. I went to a tough inner-city school as a kid, got into a few fights. I’ve lived in tough neighborhoods, housing projects and such. I’d say I know what people are capable of.

Nevertheless I’m not armed most of the time. I can walk tough neighborhoods with less fear than most people since I’m used to doing it and I know how to handle myself.

This brings me to the NRA. I’m a member because I support the 2nd Amendment. A gun is an equalizer. A gun makes it possible for my petite daughter to defend herself against a large and powerful man. Anyone who has actually been in a fight knows how significant size and weight are. I think self-defense courses for girls are great, but anyone who thinks knowing how to break a choke hold will help when the person holding you is three times your size is a fool.

And no, the police can’t protect you. Most of the time they’re busy elsewhere. Generally they arrive after the fact, which is just as well.

If the 2nd Amendment were ever repealed, I’d be fine, but I’m not so sure other people would be. The National Rifle Association serves the interests of those people whether they appreciate it or not. Sometimes the fundraising calls during dinner are a little annoying, but I think I’ll hold on to my membership. 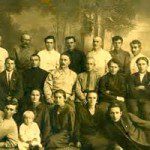 March 28, 2016
Christianity and Household Economics: a Marriage Made in Heaven
Next Post 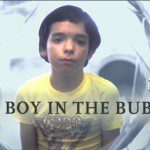 April 4, 2016 Are You a Bubble-Baby?
Browse Our Archives
Follow Us!

How Can You Know If You're...
Preventing Grace
Books by This Author Books by PaterFamilias Today

Remove Dividing Walls of Hostility and Indifference
Ephesians 2:11-22 features the church as a community made up of Jews...
view all Evangelical blogs
Copyright 2008-2020, Patheos. All rights reserved.