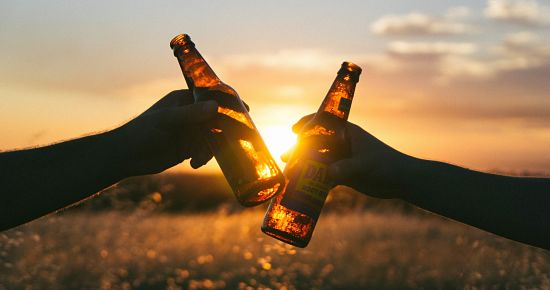 I actually had a Dos Equis for no other reason than The Most Interesting Man in the World said he preferred it. Upon hearing the news that the world’s most interesting man had taken a one way rocket to Mars I wept. (By the way, he could have taken the beer with him without great loss. Meh.)

He had joined my pantheon of masculine gods, along with The Man With No Name and MacGyver (the original).

Have you ever wondered why beer commercials are so good? Sure, it has something to do with the product. But the real reason is this: nobody is allowed to drink beer in a beer commercial.

In case you don’t believe me, read this.

Anyone who actually draws or paints will tell you how hard it is to start. It is the first line, the first stroke, that gives you something to work with. I have friends who are architects and they’ve confirmed a suspicion of mine, the best buildings are constrained by the site, a steep slope, a bad view, a narrow lot. Limitations are spurs to creativity, not enemies of it. Euphemism, innuendo, double entendre, where would we be without them? And we owe them to censorship.

I think about this a lot. But what prompted this post was something I read online about the whole transgender thingy. Someone defended it on the basis of autonomy and self-creation. She said we should celebrate it because of freedom and all that.

I thought to myself, if that’s all it is, it is even more pitiful than I had suspected.

We use “protean” as a synonym for creativity. I think this is a mistake. Proteus was a shape-shifting sea-god of Greek myth. Water is something that fills up other things, and is therefore formless in itself, you could say. But it is Proteus’s formlessness that keeps him from actually creating anything. Real creativity, for humans anyway, begins with something essential, something given. Proteus is a nothing, and that makes him redundant. What do we need him for when we already have the shapes he adopts?

Creators work with real things. Masculinity and femininity are real types, we see them around the world, in all cultures, in every time. And look at all the splendid variety. The types have played off of each other, complimenting each other, and working alongside each other in different economic conditions, and even highlighting their differences by drawing analogies from things found in nature. But whenever they’ve competed, or blended, or fallen in on each other, good things have been lost. Swing-dancing becomes the mosh pit. You know you’ve entered a decadent phase when that happens, the “creativity” of decadence substituting decay for the generation of new things.

We don’t ever create something from nothing. In classical theism, not even God does that. In the old view, God looks to himself when making. That’s why we can find analogies that can lead us to the Creator wherever we look. The notion that God creates arbitrarily, without giving any thought to himself, is a modern idea, freedom and all that you know.

The quest for a blank page is for fools. Perhaps the only time I’ve seen it come close to being used fruitfully is in H. P. Lovecraft’s weird-fiction, where he uses the idea of the alien to take us into a nether-space where our forms do not exist so he can horrify us at the thought. But the reason it works is because he limits himself to suggestions. Take one of his best stories, The Colour Out of Space. There we’re told of an infection from space that sickens and deforms everything on a New England farm. Early detection is possible by seeing a “colour out of space”. What is the color? All we’re told is it is like nothing we’ve ever seen, obeying other physical laws, and belonging to another spectrum. But something like this can’t be imagined, not merely because it has never been seen, but because by definition it would be impossible to see. But that doesn’t really matter because all Lovecraft is after is the nausea that attends the thought.

Real creativity is more along the line of Tolkien’s notion of sub-creation. The basic forms are provided, we work on the margins. But we have plenty to work with. Our ability to combine and recreate is nearly endless. But it is not destructive. Destroying the forms is not a creative act. Working with them is.

We come preformed. And this should be received as a good thing. Not just because it is impious to reject the gifts we’re given, but also because it makes you sterile. Instead of rejecting the forms, we should perform. It is through performance that we express ourselves, produce fruit, and glorify our creator. Any accomplished artist will tell you that the best way to be original is by simply doing the best you can, by performing. Do that and you will vary the theme in the most original way possible. 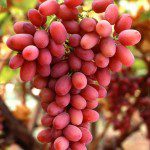 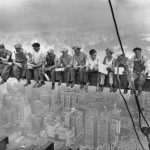 Vocation and the Epidemic
The coronavirus epidemic throws the doctrine of vocation into high relief: not...

Understanding Complex Grief to Ongoing Bad News
Daniel 10:1-3 – In the third year of Cyrus king of Persia a...

Speaking Frankly-- A Frank Lloyd Wright House
This particular house was originally in New Jersey, but Mrs. Alice Walton...
view all Evangelical blogs
What Are Your Thoughts?leave a comment
Copyright 2008-2020, Patheos. All rights reserved.