Watching Poverty, Inc. made me angry like I’ve not been in a long time. It’s a great documentary.

I’ve been poor: American-style, food-stamp, housing-project, bad-school poor. I even survived all the things the helping professionals did to help me.

But I’ve also been rich. And in between I’ve even worked with and along side poor people. And I know from my own experience that most of the stuff the beautiful people do for the poor is more about looking beautiful and feeling beautiful than it is about actually helping poor people.

The moral of Poverty, Inc. is this: you should start believing in poor people and stop believing in the people who say they’re trying to help them.

I’ve got some things to say about the film, a few of them based on my experiences. But before I do here’s the official trailer.

So, here are my thoughts:

We’ve got the incentives backward

People do what they’re paid to do. If you really think that people can overcome self-interest and act without any regard for their own interests, you’re likely part of the problem.

Think about it this way: how do we measure success? Often it is through growth. When it comes to a normal, profitable enterprise, growth is a good thing. Sure, that can go awry, and things can get too big. But much of the time it is what you’re after because for the people working in a for-profit venture, profit often equals security. In other words, it means knowing you can pay the mortgage and put food on the table for the foreseeable future.

But how do the professional poverty fighters measure success?

I think you can see where I’m going with this. They measure it by growth too: the growth of bureaucracy, growth in donations, and so forth. These things also mean you can pay the bills and put food on the table.

You know what they don’t measure? How many poverty fighting ventures they close each year because they’ve met the needs and they are no longer needed.

Here’s the test. Have you ever gotten a letter from any poverty-fighting business that read: Great news! We’re no longer needed in (fill-in-the-blank)! Please don’t send us anymore money! Mission accomplished!

The same perverse disincentive works among the poor. Why do something productive when being dependent requires less of you? And this brings me to…

Throughout Poverty, Inc. time and again we see the ways the things the wealthy do to help the poor actually put the poor out of business.

Ever wonder why Africans are almost always pictured wearing Red Sox and Backstreet Boys t-shirts and not their native dress? It’s because of those stupid yellow Planet Aid clothes bins, that’s why. Not only has used clothes dumping wiped out the textile industry in West Africa, hardly anyone can make a living growing cotton there anymore.

Why pay for locally produced clothing when you can pick up a pair of used Dockers for free at the clothing distribution center? And “social entrepreneurs” like Toms have actually made undermining local economies part of their business model.

Truly, it is more profitable to give than to receive. It makes you feel good too. Which brings me to…

This is probably the most distasteful thing about the business of poverty. “Social entrepreneurs” and celebrities like Madonna and Bono are not giving away stuff, they’re buying self-righteousness. (Yes, I know that’s harsh, but I’m not taking it back.)

Just think about all the feel-good songs they sing, songs like “We Are the World”. Or take, “Do They Know It’s Christmas?” Just look at the looks of self-congratulations on the faces of the cast of Glee as they sing. (I think I’m going to be ill.)

I recall the disgust and sense of violation some of my Ethiopian friends felt back in the early 90s following the famine there. What bothered them is the rest of the world only knew about the famine. Ethiopia was synonymous with starvation. And this was due in part from We Are the World.

So what needs to change?

This is where Poverty, Inc. sends a very unwelcome message to some ideologues. Good, old-fashioned bourgeois values work.

But in order for them to work you need at least two things.

The rule of law

And not just the rule of law in most general sense, specifically you need property rights. (See what I mean about an unwelcome, even uncool, message?)

What the poor need is fair laws, justly applied. Big Poverty undermines this through its perverse incentive systems, its patronage, and the dependency it fosters.

When the poor know that the work of their hands, and their interests, will be fairly defended in court, they get to work creating wealth.

Unsurprisingly, the bureaucracies in these countries, just like in the rest of the world, undermine property rights.

There’s a lot of attention directed toward “micro-banking” by the beautiful people–giving tiny loans to very poor people, often women. And this is fine. At the other end, you have the big international banks, both quasi-governmental and private, that only work with big entities, such as governments and multi-national corporations. What’s missing is the middle.

Small and mid-sized businesses are starving for capital. These don’t have the heart-tugging appeal of the poor-woman with three small children, nor do they have the “this will change the world!” pump-up the volume appeal of big public works projects.

Usually these are run by upwardly mobile and ambitious men. (Which threatens the petty bureaucrats and runs counter to the misandry of the “tip-over-patriarchy!” crowd.) But until these men get their hands on capital, things aren’t going to get better for the poor.

There’s more to this film, plenty more. You can watch it just about everywhere. (I viewed it on Netflix.)

I hope just about everyone will take the time to watch it. 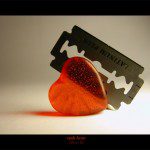 June 24, 2016 Brexit and The Great Homogenizator
Recent Comments
0 | Leave a Comment
"Gnosticism is also a matriarchal religion. In that it claims the "true god" is just ..."
Anon Darwin and the Gnostics
""
Sofia Getting Published is Easy, Getting Read ..."
"Do My Essay Online has been on this stage for many years now to provide ..."
Sofia Getting Published is Easy, Getting Read ..."
"Have you ever considered going outside?"
Lars Housholder V-Sauce 2 Libels the Dead–and Why ..."
Browse Our Archives
Related posts from PaterFamilias Today