If There Is No God, Then Harrison Bergeron Must Die!

Well, my daughter scored 720 on the math portion of the SAT.

Not too shabby for a first try, and no practice. I wasn’t surprised at the score. She’s a bright girl and she’s on her way to being the valedictorian of her class.

She comes from a family of academics and artists too, so she has plenty of moral support when it comes to the life of the mind. (I like to think her genes helped. Her older brothers are pretty bright and talented. The extended family has academic deans, Bible translators (NIV), Harvard and Yale men, Nashville performers, a few visual artists, graduates of Berklee College of Music and New England Conservatory of Music, and a Grammy winner, among others.)

She’s in the 97th percentile with her score. Knowing that competition is fierce near the top, I asked her if she’d like to take the test again, maybe even take one of those SAT preparation courses to get her ready. I’m pretty confident she could get into the 99th percentile with a little work.

She’s not much interested though. I think this matters to me more than it does to her.

Knowing that men score higher on the SAT than women in both reading and math, but especially math, I was curious to know where her current score puts her among women. So I did a little research, but I’ve not been able to find anything to help answer that. (If you can direct me to something, please give me a link in the comments section.)

But I did find this chart.

A couple of things to note about it. First, it confirms what I had heard, men on average perform better on the math portion of the SAT than women. And second, over the entire span of this graph, the separation between the average scores for men and women has not changed much–and this in spite of the efforts of many people to push girls into math and science.

As you can see, I’ve done a little pushing myself. Not because I’m a gender egalitarian, I’ve done it for the financial incentives. There’s money out there for girls who like math and the hard sciences. And since a full scholarship sounds good to me I’ve asked my daughter more than once, “Sweetie, how about physics?”

She’s none too taken with the idea. She’s a high-minded, and feminine girl, which means, of course, she’s into Jane Austen. (She’s actually a reenactor at the living museum, Old Sturbridge Village. If she could go back to the 19th century she’d go in a shot.)

Worse, from the gender-egalitarian’s point of view, she loves knitting and cooking (she’s something of a whiz at both), and anything to do with the traditional feminine arts.

And of course this means she’s like many other bright young women. She’d rather study literature. From my perspective that’ll make he just one of the herd. (I’ve heard tell that 80% of English majors are female.)

But if I can persuade her to get into the sciences–preferably one of the really tough ones–well, she’d be the princess of the program, the darling of her professors, (And she’d be surrounded by awkward but marriageable men with excellent earning potential!)

I’m not sure if I’ll make any progress along this line. If I do, I’ll let you know.

But this got me wondering: just why do people really want bright girls like my daughter to study math and science in the first place?

There’s the canard that there is some bias in our system of education. But girls like my daughter prove the rule. (And in this case they prove the rule false. There’s no bias. She has an aptitude for math, no special measures were taken to get her to like it or master it. It is just the truth that this aptitude is present more often in boys than in girls.)

And I get the feeling that some people would tell her that her interest in the traditional feminine arts is a waste of her talents, and maybe even proof that her parents didn’t serve her interests well because they failed to suppress the things she showed interest in.

But again, what’s the big deal? Why the push to get girls into these things?

Some people claim it has something to do with equality.

I’m educated enough, and cynical enough, to know that this is nonsense. (The actual term that comes to mind is much harsher.)

What is really in play is the interest of corporations and the State. Those institutions are not interested in equality, they’re interested in human resources. They want to “liberate” women from the domestic sphere so they can get them working for them.

Back to equality though. These institutions don’t point to their own interests when promoting equality. Instead they appeal to self-interest.

It has to do with power.

Certain talents, some physical attributes, and some social functions, lend themselves to the acquisition of power. The sciences currently confer high status. And for many people the fact that the practice of science seems to favor men is a reason for alarm. Mathematics is one of the things that makes science possible, and the fact that men on average tend to be better at it just reinforces traditional structures and patterns of life.

This is why girls like my daughter are strongly encouraged to abandon their interests and pursue a career in the sciences. It happens at the levels I mentioned a moment ago. First, there are financial incentives. And second, these girls are shamed. My daughter mentioned to my wife just the other day that she wants to get married early and have children. I know many feminists (I’m not making this up) who would strongly condemn her for this. Then there are the recruiting goals, schools are judged by how many women are enrolled in the sciences. There are rewards for institutions who please their egalitarian overlords, and penalties for those who do not.

Hierarchy can be a good thing

When you don’t believe in God anymore, you don’t believe hierarchies can serve higher interests. Differences, especially ones that help some people to accrue more power than other people, well they are a problem.

The word hierarchy necessarily loses legitimacy if there is no God. The word means, “sacred order”.

In a sacred order, the distribution of authority serves the whole. But without God, there is no higher purpose to things. It’s just every person for himself. If you’re sentimental and by nature inclined to take an interest in other people, well good for you. But who is to say that’s any better in truth than just looking out for yourself?

And this is why talent is a threat, especially if it has a way of cropping up in some groups of people and less often in others.

Kurt Vonnegut’s story, Harrison Bergeron tells where this will all lead, to the 211th, 212th, and 213th amendments to the Constitution. And, of course, the establishing of the Office of the Handicapper General.

But in the end it is just no good. You just can’t keep a good man down. And Harrison Bergeron, that freak of nature: strong, tall, athletic, good looking, and incredibly smart, must be killed or he will ruin everything.

(The italicized paragraphs above were added to this essay on 7/13 in response to objections raised in the comments section. Time to move on though. I won’t respond like this again.) 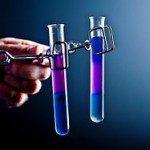 July 7, 2016
Just What IS Science Good For Anyway?
Next Post 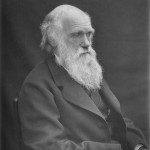 July 14, 2016 Darwin and the Gnostics
Recent Comments
0 | Leave a Comment
"Gnosticism is also a matriarchal religion. In that it claims the "true god" is just ..."
Anon Darwin and the Gnostics
""
Sofia Getting Published is Easy, Getting Read ..."
"Do My Essay Online has been on this stage for many years now to provide ..."
Sofia Getting Published is Easy, Getting Read ..."
"Have you ever considered going outside?"
Lars Housholder V-Sauce 2 Libels the Dead–and Why ..."
Browse Our Archives
Related posts from PaterFamilias Today