How to Tell a Story: a Primer for Preachers 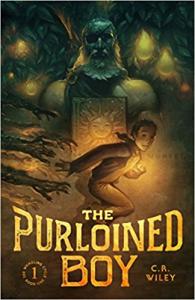 (Note: this is the first in a series of forays on the subject of preachers and the aesthetics of good story-telling. I think 4 posts should do it.)

I write stories for kids, but really, I write them for myself.

There, I’m being honest. Here’s some more honesty. I write the stories largely by feel, and later I think about what I’m doing.

I suppose that could mean that the way I tell stories is largely ingrained, maybe through habit, or perhaps through reading other people’s stories and unconsciously following the tropes and techniques that have appealed to me. But I believe there is more to it than habituation and taste; I think there are larger, deeper things informing what I’m doing.

Here’s something else that informs what I do. I’m a Christian minister. Christianity is not something layered on to a more basic reality, for me it is reality itself.

I think most preachers who try their hand at telling stories would agree with that last paragraph. I’m not so sure about what I said before that though.

In this little essay I’m going to address writing fiction as a preacher who believes that Christianity is true, not just for me, but as true as you can get, as an account of reality itself.

I think this is where most preachers start; we want our stories to instruct, to have a moral. That’s something I think all stories do, whether an author owns up to it or not. Kafka in Metamorphosis made a point, a depressing and soul-crushing point from my point of view. But the point was intended to inform his readers about life, its meaning, and how to live. But it wasn’t art for art’s sake (which is a moral point too, by the way).

But when the point is the only thing you make, you’ve got a story with a moral.

Those are universal, we see them outside the Christian faith. Aesop was a pagan, but his fable The Ant and the Grasshopper makes a point that I agree with. When times are good, set something aside for when they’re not so good.

Stories of that kind can be artfully told and entertaining, but they also tend to be short.

Closely related to this sort of story is something known as allegory. Aesop’s fables are allegories, but what I’m thinking of here is something longer and more ambitious. Typically, when a preacher moves on from sermon illustrations to what is known as fiction, he writes allegory.

Allegories can be artfully crafted as well, The Pilgrim’s Progress was. And even though I think Bunyan’s account of the Christian life is incomplete (its feeble ecclesiology was corrected by C. S. Lewis in his Pilgrim’s Regress with the inclusion of Mother Kirk) nonetheless, Bunyan’s work is deservedly considered a classic. StillI find allegories wooden and lifeless. I have a hard time getting through them. And when I detect that I’m being led by the nose with an allegory I usually stop reading.

I think the reason these stories feel lifeless is their characters only exist to make a point. They don’t exist in themselves in a real sense, they lack reasons for being that are their own.

Preachers write this sort of stuff for a couple of reasons. For one thing writing interesting characters isn’t easy. That’s the technical side of it, but at a more basic level, the character must live in the heart of the author. And this calls for sympathy as well as an understanding of people and why they do what they do. If you can’t identify with a wide-range of people (even people you may not agree with or even like) you won’t be very good at writing character.

Writing character is one of the things I’ve been told I do pretty well. One of the protagonists in my middle-grade fantasy series is a girl that could be described as proto-feminist. Now I’m not a feminist, but I think I can sympathize with women who are. One of the more satisfying things I discovered when perusing the profiles of my fans on Goodreads is the number of teenage feminists who like my writing. I’ve even came across a blog for lesbians where I am quoted (favorably)!

This may make you uncomfortable. Preachers usually strive to be clear. Clearly some folks are missing the point with my protagonist. Or are they? (More about that next time.)

But if you’re going to write believable character something must be sacrificed. Usually allegorists sacrifice their characters. But if you want to write good character you must sacrifice your need to be clearly understood. (If you can’t do that, you really should stick to preaching.)

Going a little deeper, I think preachers often prefer a one to one correspondence in their stories–this character represents that (a virtue) and that character represents this (a vice), and so forth. They speak with an authorial voice that is very strong, too strong really for fiction. Soon it feels like preaching.

There is a metaphysic at work here–a bland and one dimensional one. But if you hope to tell a story that can make a point, yet do so with interesting characters–living characters–you’ll need a metaphysic that allows you do that. There is one, I’m happy to say. But most Protestants preachers don’t subscribe to it.

I’ll talk more about that next time too. 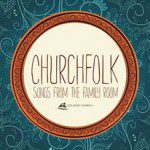 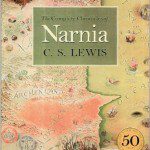 5 Good Things Coming Out of...
New Wineskins
Books by This Author Books by PaterFamilias Today