Focus! (Some changes coming to this blog.)

Art makes its demands. Anyone who believes it is merely a matter of self-expression hasn’t produced much of it.

One of the demands it makes is focus. By that I mean, if you want to get something done, you need to stop looking at everything interesting thing that passes by and you focus on your work.

The world is a marvelous and interesting place and I find this discipline difficult. There is a reluctance to my release.

But finishing is more powerful than wanderlust, at least it is for me, so I focus.

I finished two manuscripts within the past month. I’ve been working on both for years. They’re very different. One is a work of fiction (the second book in my young adult series, The Weirdling Cycle) and the other is a sort of self-help book on household political economy. (I suppose this says something about my inability to focus even when I’m trying to!)

Now, according to the legends handed down to us, in a mythical time, publishers did all the work when it came to marketing and selling the work of authors. In those golden days authors could spend their leisure hours fighting in the Spanish Civil War or hunting big game in Africa. Not so today. Today we are told we must build our “platform”–good writing is no longer good enough. We must find the audience for our publishers.

Well, I wish the world were different that it is, but wishing hasn’t changed anything I’ve noticed. So I have to get with building my platform.

What does that mean for Glory Seed? It means I’m going to focus a bit more on the themes that relate to these books.

In a sense that won’t change the content a whole lot, I’ve already written plenty on writing fiction as well as household political economy. But some of the other stuff I like to write about won’t get much play here. I’ll still write on other themes, but not as much.

So here’s the plan. (You’ve got to have a plan, I’m told. People need to know what to expect–you need to be predictable.)

Tuesdays I’ll publish on fiction. I’ll write a bit about writing it, but I’ll also do something a little more personal. I’ll write about my writing, and the travails of writing and selling the books I’ve written.

Thursdays will be dedicated to household political economy. Partly that will mean translating what that means into everyday speech (if I can manage it). I’ll also post resources with links to help people who would like to go deeper on the subject. This will also have the feel of a dairy. You will not only learn about the subject, you will be a witness to my efforts to sell the concept of household political economy to an uncomprehending world.

The look of this blog will change too. I’m planning on eliminating some of the tabs above, and changing the names of others.

I’ve got an up hill trek to climb with both of these projects, so you may get to hear me complain a bit about the hardness of it all. Hopefully you’ll even sympathize a little.

As I’ve looked back over my posts I’ve noticed these themes have not been my most popular. So maybe there is something quixotic about all this. Maybe I should stick to what sells. But that’s just culture surfing. What I’d like to do is make my own waves and not just ride the ones that were made by other people.

By the way, this is one of the things that bugs me about publishing these days. Everyone wants the sure thing. That’s why we get remakes and sequels. Producing new stuff is risky. The failure rate for new things is high.

So, with that in mind, what you may witness here in the days ahead is someone failing spectacularly–not just once, but twice a week!

(This is why I’ll probably write on proven themes from time to time, on off days, meaning days other than Tuesday or Thursday, and especially when I feel the need for a little love.)

What does all this have to do with being a minister and a Christian? Why, everything actually. You can be sure I’ll make the connections for you.

Anyway, wish me well and check in early and often. 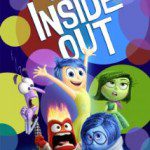 September 19, 2016
What Inside Out Managed to Leave Out
Next Post

September 27, 2016 Getting Published is Easy, Getting Read Is the Tough Thing
Recent Comments
0 | Leave a Comment
Browse Our Archives
Follow Us!