Why I Don’t Hit Girls 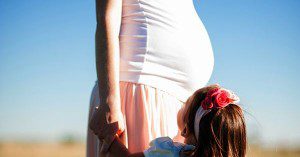 I have a little sister, and like many children who grow frustrated with tagalong siblings, I’m sorry to say, I hit her once or twice. (Probably more, although I hope not.)

My parents were not particularly good at parenting. But they did do some things right. And in this case I think they did their jobs very well. They put a stop to the violence with an authoritative, NO!

I wasn’t a pugnacious boy, but for some reason I demanded an explanation. (Probably because I knew my sister’s irritations would continue unless I resorted to force.) My parents closed ranks and stated in unison, “Because she is a girl!”–as though that was all the explanation that should be required. But it wasn’t, I pressed. So they then declared, “Because girls have babies.”

My mother underscored how physically striking a girl, especially in the mid-section, might harm a girl enough that she might not be able to become a mother. That did the trick. I then knew that girls are different than me, and needed to be treated differently. I’ve never doubted it since. Note here: there was no reference by my parents to the inherent weakness of girls. That wouldn’t have persuaded me anyway. For one thing, some girls were bigger than me–stronger too. (This was before puberty, mind.) But the truth that girls have babies had the force of undeniable fact going for it.

Taboos can be good

Gynecologists may disagree with my mother; I won’t argue if they do. Whether or not my parents exaggerated the dangers of hitting girls doesn’t really matter. Taboos work at a deeper level than mere fact, even when they begin with a fact. There are connections made that must be honored, not only in the mind, but in the actual world. A girl may not be your mother, and she may never be a mother, but no matter how much you slice and dice it with Ockham’s Razor, a girl is a girl and girls have babies. Each woman stands for motherhood and that means she also stands for children, and the future, and the entire human race. This is why I don’t hit girls.

People can object to this line of reasoning for several reasons. I’ve heard them all. (I really have.) But I am unmoved. You’ve probably detected that this line of thought doesn’t apply to men in my mind. I’ve never had any trouble accepting double-standards in principle. Double-standards are with us to stay because they serve social roles. They can be misapplied, of course. But misapplications do not preclude correct applications. For instance, in the military there is one standard for officers and another for enlisted men. In the church there is one standard for the laity and a higher one for the clergy. And so it goes for men and women.

Of boys and violence

Again, reading between the lines, you probably see that I do think hitting men can be justified. It can even be enjoyable. As a boy I enjoyed contact sports. (Not that I was particularly strong or dominant.) There was just a joy in hitting and being hit on the football field, so long as it didn’t get out of hand. (There are rules for everything, even violence.) Then there was army, my favorite game. Here it wasn’t so much hitting as it was mock violence. (Remember, I’m dealing with more than facts, but with what facts represent.)

I had lots of toy guns as a boy. These weren’t essential for playing army, a stick would do. I even resorted in my momentary poverty to the far less gratifying finger pistol. But when the battles were planned and I could bring a toy gun, it was the replica Thompson submachine gun that was the gun of choice.

But, come to think of it, it wasn’t really the toy guns that provided the thrill. It was the stealth, the surprise attacks, the noble last stands, and the heroically hopeless charges against every odd. And there was the camaraderie. And getting back to girls. Somehow they just didn’t seem to fit in. When girls wanted in on the fun (which wasn’t often, thankfully) it was awkward. Army lost something. Usually the action ended sooner.

It’s not that I have anything against women defending themselves or owning guns. Quite the opposite. I think women should learn some self-defense, and every woman should carry pepper-spray, if not a pistol. (No, I don’t think a few classes in how to break a choke-hold will do. Unless you’ve actually been in a physical fight, you can’t appreciate just how important strength and weight are in a confrontation.)

The argument for absolute pacifism has never swayed me. Might in the service of right just feels so right to me. Conversely, I recall the contempt I had for a well-meaning liberal teacher who criticized my love for John Wayne. I continue to feel contempt for such people, primarily because they enjoy the security provided by the rough and ready men on the periphery without paying them homage. If you want to take your pacifism into the wild, or better yet, to the Islamic State, go ahead. If your convictions are that consistent, have my respect even though I will question your sanity.

I know there are people who will never understand this. I know my wife doesn’t; not really. She does give it lip-service. Early on with our first born son she had this thing for “constructive playthings”. You probably know what I’m talking about: gender-neutral, nature denying educational stuff. When our son made a gun out of some Legos (we didn’t even have a TV in those days, so you can’t blame that) I turned to her and said, “Give up yet?” Then I went out and bought him a toy gun.

From that point on I’ve said to my wife, “I have two jobs, to protect you from our sons, and to protect our sons from you.” Naturally she’s taken it hard. But my message has been consistent: “Yes, he can jump off that”; “Yes, he can have the knife, he’s old enough”; “Yes, he should learn to drive a stick-shift without you in the car”; “Yes, he can drive half-way across the country on his own”.

Things have turned out well. The boys love their mother and they respect me. They have never, ever hit their sister. And they have not killed themselves or anyone else to best of my knowledge. 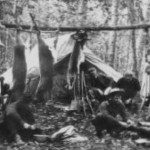 January 17, 2017 Androphobia Is a Real Thing: And Many Pastors Suffer From It
Browse Our Archives
Related posts from PaterFamilias Today