Why the cultural mandate comes first 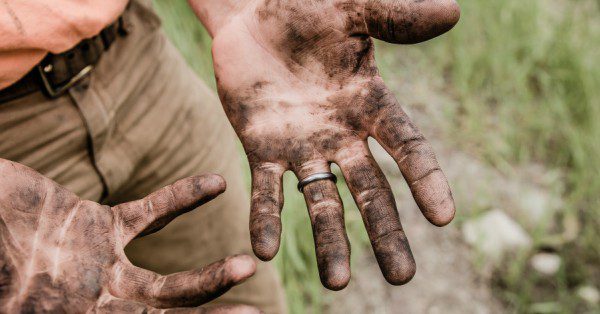 26 Then God said, “Let us make man in our image, after our likeness. And let them have dominion over the fish of the sea and over the birds of the heavens and over the livestock and over all the earth and over every creeping thing that creeps on the earth.”

27 So God created man in his own image,
in the image of God he created him;
male and female he created them.

28 And God blessed them. And God said to them, “Be fruitful and multiply and fill the earth and subdue it, and have dominion over the fish of the sea and over the birds of the heavens and over every living thing that moves on the earth.”

In some circles this is known as the cultural mandate.

I’ve always found that designation to be insightful. I’ve not decided whether or not it is intended to be so, or if it is providentially fortuitous in the spirit of Caiaphas (John 11:50). Either way, it does get to the root of things.

The word that is helpful here is culture. It comes into English through Middle French and it means “tilling the land”. The French received it from Latin where it means the same, and more. It is the “and more” that I want to zero in on here. Where the land is our concern, we can easily see how cultivation and culture relate. But generally we don’t make that connection. Instead we think of culture as something to do with the arts, as in the section of the newspaper given over to book and film reviews and such.

But here’s where things get interesting. We’ve still got our hands in the dirt even there, because the word translate man there in verse 26, is the Hebrew adam, which means, “soil” or “dirt”. (Yes, that’s right. Adam is more than a proper noun, it is a definition. Adam was the “earth man”.) So culture was we normally use the word still means “tilling the land”. In this case the land is you and me.

If you look at the words culture and cultivate closely you’ll see a word we don’t often associate with either, even though it is the root word for both. I’m speaking of cult of course.

Commonly we use cult today to refer to a religious group with unusual beliefs and practices. But really, it has to do with worship generally speaking.

Today we like to carve things up and neatly segregate the sundry tasks of life. (Then we complain that our lives feel meaningless and fragmented.) But people for time out of mind had a much more integrated way of thinking about things. And working the land, educating the young, and even singing a song, were all believed to be forms of service to God. So at the heart of culture, and all the arts (what were later called the servile and the liberal arts) you have worship.

Today we have a hard time making these connections. What came to them so naturally seems forced to us, even a step down from properly spiritual concerns.

I’ve even heard culture juxtaposed to what Christians should properly be occupied with.

Here are a couple of other mandates that some Christians claim are more important than the cultural mandate: the greatest commandment (Mt 22:36-40) and of course, the great commission (Mt. 28:16-20).

The reasoning essentially implies these matters are too urgent and pressing for us to be preoccupied with cultural concerns. Those things will take care of themselves. Instead we ought to focus our resources and time on meeting people’s needs and saving souls.

Perhaps that was true upon a time, but no more.

Our ability to love people in truth or to speak to them truthfully takes more for granted than people realize.

And what had been granted by a culture that had been shaped by two thousand years of Christian teaching can no longer be received as granted. People have been cut off from heaven, and even from the soil, and the very words we have used for time out of mind have been drained of meaning.

If we’re going to love people in ways that are truly healthful and if we are going to speak to people meaningfully again, we’ve got get back to the cultural mandate, we’ve got to help people see again that the soil has received the impress of God’s image and that our labors here should be to his glory.

Love has got to bring people back to this, and our words must somehow correspond to the real nature of things. If they don’t, we can’t share the good news because our words don’t really communicate the truth about things.

Before I let you go, let me just point out two examples of how taking the cultural mandate for granted makes it impossible to obey the commandment to love our neighbors or share the good news with them.

Male and female bodies no longer mean anything.

We’re told in the cultural mandate that man is not only made in the image of God, but that he is both male and female. This is a precondition for multiplying and filling the world. Because our bodies are fertile soil, our sexuality should be tied to the cultivation of our bodies and the glory of God.

Now what becomes of this in a world where sex is denuded of meaning and only granted when people chose it to be? If we accept people with “unconditional love” (as we are so often encouraged to by a heretical clerisy) are we truly loving them or merely humoring them? (Worse, aren’t we actually hating them?)

The cultural mandate doesn’t leave the meanings of our bodies to us to determine. We receive those meanings and we work with them.

Words no longer have meaning.

This point is related to the first. Adam’s first task in the Garden was to name the animals. What seems rather light-hearted and incidental was more profoundly significant than we knew.

So many of the words we use assume realities that no longer go unquestioned.

Once it was believed that our words are meaningful because the there is a real and unchanging world that anchors their meanings. Then, after that way of grounding language passed out of fashion, it was believed that the physical world provided all the stability we could need for a stable language.

But through the diabolical alchemy of technology (which allows us to make physical laws perform work on our behalf) and the conviction that freedom cannot submit to given meanings without itself losing meaning, even words like father and mother are not permitted to tell us anything we would not like to believe.

How can we meaningfully speak of God the Father in a world like this, or about God the Son? And this is just a sample of how language has become a problem.

Folks, we have to go back the beginning. We can no longer take anything for granted. Without the cultural mandate we cannot love people in truth or proclaim the good news to them. 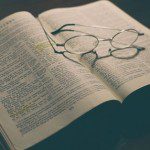 March 15, 2017
Theological Foundations of the Family: Father Abraham
Next Post 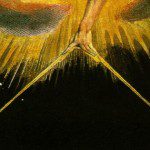 March 24, 2017 Return to Fruitfulness, that's an Order
Browse Our Archives
Follow Us!

USA as a "Failed Social Experiment"?
Cranach
Books by This Author Books by PaterFamilias Today