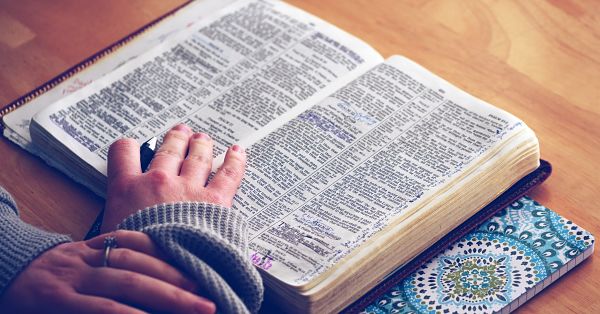 The spirit of Marcion is with us to the present day. Marcion you may recall was a heretic. He was also urbane, spiritually minded, and he believed in a loving God.

That’s why he thought the God of the Old Testament with all the wrath, blood, and intolerance had to go. He took it upon himself to expunge Christianity of all its Jewishness.

The relationship of the Testaments has always been a subject that divides Christians. I recall as a young Christian being encouraged to spend all my time reading the Gospels, Paul, and the Revelation of John. The Old Testament was still there in the Bible, but it was second class, and probably only in the canon in order to help me see just how good I had it and how benighted those Jews were.

The fascination with Revelation I think belied a deeper rift though. Pyromania is endemic to fundamentalism. It is not so much the return of Christ that drew us in as much as the destruction of the world and its replacement by something new and clean.

This is completely nuts of course. You can’t have a New Testament without an Old, nor can you have the new creation without the first. The Old Testament is fulfilled in the New; likewise, the first creation points to the new. We see this especially in our families. 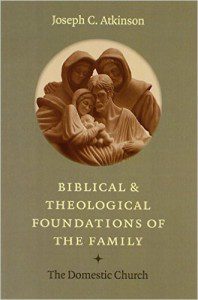 So much for my years among hoi polloi. But there is an upscale version of this rift. I recall once at Harvard being upbraided by my liberal classmates for my idolatry of family life. “Remember, Jesus told us to hate father and mother!” I was told. But they didn’t really care about the worship of God so much as clearing away of any vestige of family life that might qualify their utopian schemes and check the ambit of the welfare state–those things and anything that might imply their gender-bending ways might run afoul of the Bible.

Joseph C. Atkinson helps to reinforce the connection not only between the Testaments, but also between creation and the new creation in his marvelous study: Biblical and Theological Foundations of the Family. And the connection runs through the family. It begins with family life generally speaking, then proceeds through one family in particular.

Here he is on the subject of creation:

The messianic reality is not totally extrinsic to our human reality but, in some mysterious fashion, it emerges from within the created order as well. It will be through the flesh and blood of the Messiah, through the matrix of human relationships (i.e. the family) and the organic interconnectedness which this affords (and which a corporate creation in Adam secures), that salvation will be procured and experienced. Thus the Incarnation, which the genealogies safeguard, demonstrates that our bodily reality (including marriage and family) is not extrinsic to but fundamental to the salvific event. (p.203f)

Here Atkinson shows how the Incarnation integral, not just because a body is needed to make a sacrifice possible, but also because family life itself somehow embodies salvation. And recall, it is this body that is raised. We should infer from that that somehow all of creation will be transformed, not replaced. Certainly that’s the inference Paul made. (Rm. 8:18-22)

When it comes to our Christianity then, we shouldn’t think of our bodies as something we will slough off someday, but as seed, something to plant. It is more caterpillar and butterfly than mosquito and pesticide.

This is all through Christ, as every Christian should know. But Jesus belonged to a Jewish family, and he was circumcised. He was a child of Abraham and an heir. No, stronger–the heir. He was the true child of promise. That means being in Christ means being in Abraham as well. Again Paul knew this. That’s why he spoke of Gentiles being grafted into the family tree, not supplanting it. (Rm. 11:11-24)

He is meant to fulfill. Christ does not establish something totally new but acts within the structures of (salvation) history. Consequently His death and passion do not establish an utterly new reality in contradistinction to the Abrahamic family; instead, they transform that original covenantal family so that it is informed by the Holy Spirit and becomes the Body of Christ, the Church. (p.208) 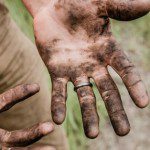