How Social Security Feeds on Children and Itself 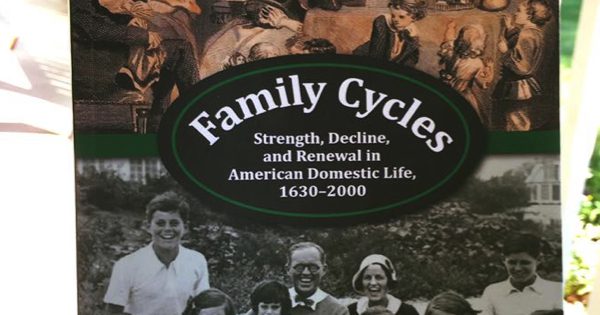 I’ve been working my way through a marvelous book by my friend Allan C. Carlson entitled, Family Cycles.

The book really should be mandatory reading in every conservative seminary in the land. When I was last with Allan I asked him why, with all the ostensible commitment to the traditional family in places like the Southern Baptist Convention, his books aren’t more widely read among conservative evangelicals. He didn’t know. 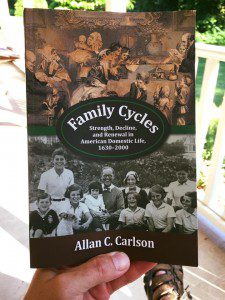 But reading his latest book should be required for anyone involved with the fight to preserve the traditional natural family. There are a couple of reasons for that.

First, Family Cycles demonstrates that things have been bad before. We have this false narrative that America was a family friendly place right up to the 1960s and the Sexual Revolution and the Supreme Court decisions on prayer in the public schools and Roe v. Wade. Wrong. Family Cycles corrects that. And it also demonstrates how the family has come roaring back more than once (4 times, actually).

Second, Family Cycles shows how unintended consequences for the natural family can follow from seemingly unrelated government policies. One of those policies was the expansion of Social Security benefits in the late 1960s. (So, you can still blame the 60s, aren’t you glad?)

Here’s an extended excerpt from the last chapter, entitled: The Whirlwind, 1970-2000.

“…operating under the euphoria of the Great Society, the US Congress raised social security benefits and taxes between 1965 and 1972…. Under a public pay-as-you-go (PAYG) retirement system, pensions are guaranteed by the government as a right, and children–as future workers and taxpayers–are needed to make the system work. However, since benefits are not tied to family size, childless workers receive the same retirement pension as workers who had spent much of their incomes to raise large families. Once a set of limits was gone, the result was a perverse incentive. Rational, income-maximizing individuals would now have no children at all: ‘Let others spend the money to raise children who will grow up to be taxed for my retirement.’

Well, that must be a downer for progressives. My guess is this uncomfortable truth will be ignored and denied for as long as we can afford to ignore and deny it.

Enlightened policy would tie social security benefits to the number of children you produce for the workforce. But I’m not holding my breath for that. The folks in charge are a benighted bunch–paradoxically, the darkness of their minds increasing in proportion to their rejection of old fashioned notions of natural family life. 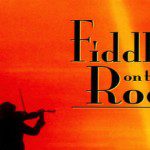 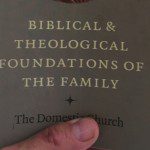 June 23, 2017 How do you "make a culture"?
Browse Our Archives
Related posts from PaterFamilias Today

Dawkins vs Collins - amicable and engaging meeting...
Whatever your faith background I strongly recommend you put aside some time...
view all Evangelical blogs
Copyright 2008-2021, Patheos. All rights reserved.