Lovecraft’s Cosmicism: What it Is, How It Works, and Why It Fails

Today I reflect a little on the thing that draws me to H. P. Lovecraft, his aesthetic: Cosmicism. This is a little excerpt of something that will be published by Scenes Media in the near future. (When it is, you’ll be among the first to know!)

Summed up briefly, Cosmicism is based on the idea that humanism is an illusion. Human consciousness, human civilization, humane values, and all the rest, add up to a bubble that surrounds us and keeps us from seeing that the cosmos is wholly indifferent to us. (Interesting word choice there by Lovecraft.) It’s not that it is necessarily hostile, although it might seem that way. Its just that in the vast sweep of time and space, human beings are nothing. We have our time on this speck of a planet, but there were eons before we arrived, and there will be eons after we’re gone. The abyss surrounds us.

Concomitant with this vastness is the meaninglessness of it all. Here’s where his well known atheism comes in.

If that strikes you as terrifying, that’s just what Lovecraft was after. And that’s his genius. He didn’t write slasher-fiction, or supernatural horror. He thought the cosmos as it is described by science is scary enough. His best work is a process of discovery for a protagonist. Over the course of a story the subject learns the awful truth with a growing sense of horror. Usually the story ends with a descent into insanity and plenty of screaming.

Perhaps the best example of this is his story, The Colour Out of Space. But he didn’t always stick to the script. More frightening for me is an early story, The Picture in the House, which is more a classic ghost story with some cannibalism thrown in—just suggested, not described, thankfully. (And there’s more to suggest that Lovecraft was a disillusioned Romantic. I’m thinking of his fine story, Celephais, another early work).

But back to Cosmicism, here are my thoughts on why it works, to a degree, and why it fails.

The way cosmicism works is by a sort of trick you play on yourself, much as when you repeat a word over and over again until it becomes a nonsense sound disassociated from its referent. This can be a disorienting and even nauseating experience. The genius of cosmicism comes from a disconnection of this sort. It is a little frightening. And if you’re the sort of person who enjoys a being scared vicariously, Lovecraft is someone you should read.

But there is a danger in taking him too seriously. This feeling is not some sort of godless gnosis that gives you a glimpse behind a curtain of illusion. It is just a matter of losing touch with things that are truly real and part of the cosmos. (And now for some etymology. Cosmos means order. And applied to reality it means order on the largest scale.)

Reality is not a collision of alien and completely unassociated things. It is contiguous and we’re a part of it. And it just so happens that there is a place in the cosmos that is very hospitable to creatures like us. And we live in it. Furthermore, our consciousness is suited to this place. If it wasn’t, we wouldn’t be here.

This is what fascinated the ancients. They wondered about how it could all hold together, and how it was that humans could apprehend this truth when other creatures were oblivious to it. What they came up with is the logos. Logos is reason, or speech, actually both. (They knew enough to know you can’t have one without the other.) This means that whatever orders the whole cosmos, in some sense runs right through us. And it is by accessing the logos that we come to understand anything at all. That’s why we put the little suffix “logy” at the end of so many disciplines: biology, sociology, anthropology, and so on. And it is what makes science possible. And this is an irony, and just one of several ironies we stumble across when we think of Lovecraft and cosmicism, because Lovecraft had a reverent regard for science. And he used its discoveries to make his aesthetic plausible. But what he couldn’t do is make it logical. (Yet another term that owes its existence to logos.)

(And I go on to other reasons Lovecraft’s aesthetic fails. And just for fun, I use the logical problem I identify here to show how The Colour Out of Space can actually be used to illustrate the way Anselm’s Ontological Argument for the existence of God works. You’ll have to wait for the Scenes Media article for that, though.) 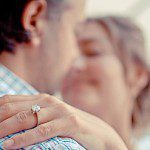 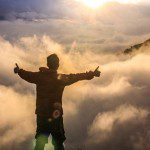 August 31, 2017 Where Do Atheists Live?
Browse Our Archives
Related posts from PaterFamilias Today

Evangelical
Lovecraft and the Weirdness of God
PaterFamilias Today 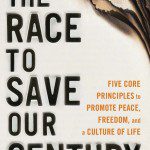 Evangelical
Book Review: The Race to Save Our Century
PaterFamilias Today 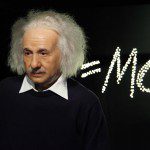