Where Do Atheists Live? 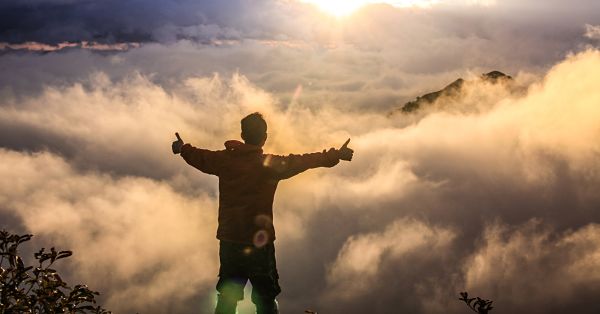 I was informed this morning in a book review published in the Wall Street Journal that since the universe is very old and our lives are very short in comparison, our lives are meaningless. This left me wondering about where some people live.

The review was of a book by David Benatar entitled The Human Predicament. It is a curious title, and I will say why I think so in a moment, but back to where atheists live. The review was by an historian named Joanna Bourke. (This struck me as a little odd, seeing as Benatar is a philosopher, but let’s not make too much of it.)

Ms. Bourke and Mr. Benatar do share something in common, they’re academics, people who live a life apart–as separate from the rest of us as any cloistered pair has ever been, even though they are physically separated by a continent. (The reviewer resides in London, the author of the book, in South Africa.) They live in a shared mental world, made possible by many things I don’t think they think enough about.

Here’s Ms. Bourke on her world,

I did a very unscientific poll of my friends. None of them believe that there is some wider purpose to human existence. This may say a great deal about the kinds of people who are willing to befriend me,….”

It may also say something about the people you are willing to befriend, Ms. Bourke.

I think this is important to point out. I also think it is worth noting that in the long sweep of human history Ms. Bourke and her friends are a very tiny minority. Does that make her and her friends necessarily wrong? No, but I do think it shifts the burden of proof somewhat. Any cavalier dismissal of the preponderance of the human race with question begging talk about science and so forth should be put in the proper light. It is arrogant.

Other people have disagreed with them about the meaning of things, and many still do. And some of them have been quite intelligent.

One of the ways these people are dismissed is by misrepresenting them. Premodern cosmologies are assumed to place man at the center of things, overestimating his value, and making his fears and desires the measures of reality. But anyone who knows anything about those cosmologies knows that’s nonsense.

Humans have always known they occupy a very small place in the great scheme of things. What made these cosmologies different from the one Ms. Bourke and Mr. Benatar share is these older cosmologies maintained that other forms of intelligent life inhabit the regions that are inhospitable to humans. Today, atheists like Bouke and Benatar believe in voids. In fact the title of Ms. Bourke’s review is: Staring At the Void.

Now neither the reviewer or the reviewed wish to live meaningless lives. So they recommend coming back home to find it. Here’s another quotation:

Though the universe is a cold, indifferent place, we can still find value in ‘terrestrial’ meanings, like raising children or making breakfast.

I agree, to a degree. But this isn’t really news. It just goes to show that these people are coming home to where the rest of us live. Home is where people have always begun the quest for meaning.

Another of the assumptions that remains unexamined by many atheists is the assumption that there is a fundamental discontinuity between human beings and the cosmos. The ancients were aware of the differences between the vaults above and their homes below, but they could also see the continuities. But things began at home and worked outward from there. Humans have a place in the order of things, and this is a wonder that is worth pondering.

And one of the things we should appreciate is the bodies we inhabit. These bodies are at home in this little place called earth–our ‘terrestrial’ home. (Why the scare quotes in the quotation above? Something I’d like to ask Ms. Bourke.)

And these bodies rise from the soil here. The word human is related to the word humus–as in fertile ground. This brings me back to the title of the book under review: The Human Predicament. Just why is this a ‘predicament’? We’re home here. That we’d die in the ocean depths, or suspended 30 miles above in outer space, can be a source of solace if we are grateful that we’re where we are. But the title could be taken to imply that there really is no difference between home and places where we don’t belong. I wonder, what’s the problem?

And our place even here, in this small space, and for this brief time, science is actually revealing to us wouldn’t be possible without the vast spaces above, or the immense periods of time that came before or will follow.

I think it comes down to gratitude for what you have. When you begin with this, you can follow a chain of causes that brought those blessings about that eventually bring you to very large meanings. You come to see that there are unseen things out there and the scare quotes really ought to be applied to the ‘void’.

August 24, 2017
Lovecraft's Cosmicism: What it Is, How It Works, and Why It Fails
Next Post 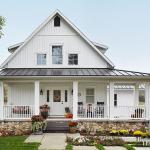