The Dark Satanic Mills of Public Education Have Got to Go

The Dark Satanic Mills of Public Education Have Got to Go February 26, 2018 C. R. Wiley

Before I go any further, I must say I have known many public school teachers and many of them are wonderful people. But almost without exception these teachers have been kept from sharing what makes them wonderful. They’ve had their mouths taped shut, and their hands tied, by secular bureaucrats and the NEA.

Back to me. From kindergarten on, my experience was a mix of factory-style education and a Lord of the Flies peer environment. (Read this great take down by Stella Morabito of public education and mental health over at The Federalist.)

On the plus side, I suppose I learned to read in public school. But seeing that a typical homeschooling mom can pull that off in her spare time, without formal training, by the time a child is six years old, just how grateful should I be? But one thing for sure, all the worthwhile and soul enriching stuff I read when I was young I got outside of school. And that says a lot. If something is beautiful, or reflects a transcendent world, you can be sure it is forbidden or debunked by public education. (The one exception being when it comes from a nonwestern culture.) Is it any wonder that public schools produce nihilists and people who hate their own heritage?

I found public school so hateful that I skipped it as much as I could. I despised the eighth grade enough to be forced to take it twice. That horrid and inhumane crimes happen in public schools as often as they do does not surprise me. The places are made for them.

And everything that the experts propose to make these dark satanic mills better is either vacuous–as in the case of anti-bullying campaigns–or makes the the world worse by draining it of its meaning. (Did you hear the one about the “transgender wrestler” in Texas who beats up girls and wins state wrestling tournaments–for girls? If public educators can’t condemn that sort of thing then they have nothing to say that I care to hear.)

This brings me to the hopelessness of the situation. Reform is impossible. If good teachers can’t change public schools for the better, then what hope is there for parents and concerned citizens? And don’t give me that nonsense about sending your kid to the public school to change it for the better. Your kid is not a missionary. The only people who can really change the schools are the secular ideologues who live a thousand miles away–and they like the schools just the way they are.

I swore I would never send my kid to public school. Twenty-plus years, 3 grown kids, and a lot of money later–that promise was kept.

Add to that that I paid for public schools all the while. Even today I pay more in taxes for public education than 80% of the world receives in income annually.

But it was worth it to pay for my children’s education twice.

Now, I’m not calling for school choice, or any sort of public subsidy for private education. Vouchers would only ruin private education, making it fat, lazy, and dependent. I’ve seen what the federal student loan programs have done to the schools of the Christian College Coalition. Their days as Christian institutions are numbered. Soon most of them will have gone the way of Oberlin.

No, I want public schools to die.

And the way I’d like to see them die is by seeing them whither away.

I have a dream. I dream of a world in where kids are enriched by their schools, not turned into nihilists, or shrill and myopic “social justice warriors”, or even cogs for the machinery of the modern economy.

It is possible, but it will take a long time, be very expensive, and will require many sacrifices. But there is no alternative. Reforming the public school indoctrination machine is impossible.

February 6, 2018
Why Are Young People Turning to Socialism?
Next Post 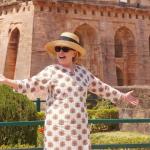 March 14, 2018 The Family that Votes Together Stays Together
Browse Our Archives
get the latest from
Evangelical
Sign up for our newsletter
POPULAR AT PATHEOS Evangelical
1