Why Are Young People Turning to Socialism?

It’s pretty simple to explain the turn to Socialism among the young. It’s fear.

Sure, there’s a lot of silly, superficial stuff behind it, too. That and youthful idealism.

But those things aside, Socialism has been around a while, and in the United States, anyway, calling yourself a Socialist was like saying “I have lice” not too long ago. So, what happened?

This brings me back to fear. The last time the Left had this much pull was during the Great Depression. There are parallels between that time and ours. In some ways the Depression was worse than anything we know now. But in at lest in one way, it seems like things are far worse today.

What Could Be Worse than The Great Depression?

The modern world is all about liberating people. Tradition, family, local communities, even nature–they’re all so oppressive. They foist expectations on us, things we didn’t choose, or they constrain us in some way. Freeing us from all of that is what Classical Liberalism was about.

Now that’s not entirely right. Classical liberals always knew that taking this too far has the paradoxical effect of setting the stage for tyranny. Traditions, families, churches, even nature itself, were all thought to be schools of virtue that would help people to exercise freedom responsibly.

Very few people see things this way today. Instead we have freedom unbounded and on steroids. “Ordered liberty” sounds like an oxymoron. We’re not supposed to submit to anything; we’re supposed to define reality itself–each and everyone one of us–for ourselves. That very few people seem to see that this leads to chaos is very telling. Either people lack imagination, experience, or an ability to reason things out. I suspect all three are the case.

The result is most people live among the ruins of their own culture. But they lack the good sense to see that this is a problem. And this is where the fear comes in. People have a sense of vulnerability that they just can’t shake. The reason, of course, is when you’ve knocked down traditions, and religion, and family, and local communities, you’re pretty much on your own. You may try to surround yourself with friends, or submerge yourself in social media, but basically you’re just holding the hands of people who are just as lonely and afraid as you are.

What people really long for today is a feeling of security without the inconvenience of commitment.

The thing about all those institutions we’ve knocked down whilly-nilly for over one hundred years is that they were pretty good at helping you make it through the day. Naturally, because they were small, you had to give as much as you got from them. They also come with real people who could get on your nerves. In the old days, though, people rose to the challenge and talked about character and sacrifice.

But aren’t those the things that kept us from doing as we please? Well, yes. They are. But every good thing comes with a price.

Those little platoons were honest. They practiced truth in advertising. But Socialism is not honest. It is a scam.

Here’s how the scam works: you’re promised: you can keep your freedom, the State will take care of the rest.

Although it is true that people who live under Socialism pay more in taxes, that’s just money. The demand for money is much less intrusive than something like a sick neighbor. And the State is ubiquitous, and seemingly omnipotent, it will take care of the neighbor.

When times are good, and when people are more or less on the same page when it comes to definitions of reality and what counts, this seems to work very well. But over time things break down because money and bureaucrats really don’t substitute for neighbors. And eventually hardly anyone is on the same page. And feelings of loneliness and anxiety make people a little crazy. And before you know it people learn the hard way that all those oppressive social institutions had an upside.

But then it is too late to turn back. Not only are people are drunk on freedom, they don’t have the strength to say no to themselves. They want security, though. And that’s where the State comes in. The State says, “Sure, we can make you feel safe, but it’s going to cost you more than money.”

And what is the cost? All those freedoms that those small institutions restricted. But with this important difference. You could leave a family, or a church, or a small town. But there is no such thing as leaving the Total-State. That’s why we call it totalitarianism. 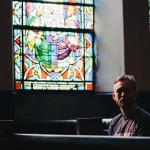 January 29, 2018
On Getting & Keeping Masculine Men in Church
Next Post 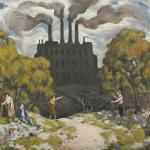 February 26, 2018 The Dark Satanic Mills of Public Education Have Got to Go
Browse Our Archives
get the latest from
Evangelical
Sign up for our newsletter
POPULAR AT PATHEOS Evangelical
1

A Sign of the Times: When...
The Chorus In The Chaos
Books by This Author Books by PaterFamilias Today

The Left's Culture War
Conservatives and Christians are associated with the culture wars. But the most...
view all Evangelical blogs
Copyright 2008-2021, Patheos. All rights reserved.