We all accept the idea that politicians lie to get in office. This crosses ideology and political affiliation. However, it seems to be the case that the politicians that often tout their religious credentials have been found not to be as honest as one would expect a Christian to be.

Politifact maintains a database on the truthfulness of politicians. Politifact evaluates statements made by politicians for truthfulness. And while not every statement a politician makes is evaluated, any statement that is called into to question is examined from a nonpartisan position and that statement is given a rating from “True” to “Pants on Fire.”

This may not come as a surprise to some, but even the most honest Republican candidate has just barely told the truth more than 50% of the time in statements evaluated by Politifact. The two front-runners in the GOP race have unbelievably high untruthfulness ratings.

John Kasich is the only Republican candidate that has been truthful more than half the time, and he is considered to be too liberal by most conservatives. Kasich revealed his frustration with this reality at a recent rally. Unfortunately for Kasich, reality and truthfulness appear to be inversely related with success in the Republican Party.

Both Hillary Clinton and Bernie Sanders crossed the threshold of more truthfulness than lies. Of all the candidates, Bernie Sanders is the most truthful and Ben Carson is the most dishonest. Democratic Underground produced this meme that shows just how dishonest the two frontrunners in the GOP have been.

Kasich is the only Republican candidate that has a higher truth rating than Hillary Clinton. However, that single soundbite does not tell the entire story.

Consider the level of intensity with which Republicans decry Hillary Clinton to be a liar. Recall the relentless hours of inquisition by Congressional committees on Benghazi. And despite the belief that Hillary is the liar-in-chief, only one Republican candidate is more truthful than Hillary–and he was the lowest ranking candidate on the main Republican debate stage.

In many respects, the candidates who are jockeying to be the most pious and spiritual have told the most “untruths.” Ben Carson, the Evangelical favorite, has yet to have a statement evaluated as anything above “Half-True.”

Ben Carson’s statements that have been rated untrue are both fewer in number and reveal more about his character. So that you are not confused, the more statements a candidate makes, the more opportunity it is for them to misspeak, obfuscate, and just be dishonest. Ben Carson only had 16 statements evaluated and of the 16 none were rated “Mostly True” or “True.” Of his most dishonest statements, his bold claim that he had no involvement with the nutritional supplement company Mannatech reveals both his willingness to lie outright but also his willingness to be involved with shady, pseudo-science, multi-level marketing organizations.

This particular lie shows more about his character than even Bernie Sanders’ “False” rating regarding Americans working the longest hours in the world. So not only is there a quantitative difference but there is a qualitative difference. In other words, every time Ben Carson opens his mouth there is a good chance that he is lying based on his evaluated statements thus far.

Chris Christie’s loudest applause line came when accused Bernie Sanders’ of wanting to raise the top marginal rate to 90%. This, of course, was completely untrue. Even the thunderous applause lines are blatantly false. What, if anything, do conservatives have?

If you feel that this is a “left-wing, lamestream media” attack on good, Christian politicians, I challenge you to evaluate the statements for yourself. Look at the evidence. Compare their decisions to similar evaluations for Barack Obama or whatever politician you dislike. You will find that Politifact’s methodology is consistent across political ideologies, and you will understand why Republicans and Democrats both use this site to expose the lies of their opponents.

But what I’ve found more than anything else since I’ve shared this information is a complete refusal of conservatives to look even at the information. They’ve rejected it as propaganda and dismissed the source simply because the source brings information that is disturbing to their political beliefs. You can show them the extent to which their beloved candidate has lied to them, and instead of confronting reality, they reject the evidence–that leads me to the next point:

Does It Even Matter?

At this point, the question must be asked if it even matters that conservatives are so blatantly untruthful and outright liars? One could argue that it does not matter because of the effectiveness of their lies. Nearly every statement that has been identified as untruthful by Politifact has been accepted as a statement of faith and the gospel truth by their base.

Because of this, GOP presidential candidates can get on stage in front of millions of viewers and get away with an unprecedented number of lies and half-truths.

Does it even matter? For the sake of our country, we must hope that it does.

Except where stated, all images in this article were generated by the author using the data from Politifact.com.

This article is an adaptation of the author’s original post that can be read HERE. 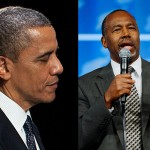 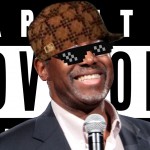 November 5, 2015 Ben Carson Insults The Black Community With A Rap Campaign Ad
Recent Comments
0 | Leave a Comment
Browse Our Archives
Related posts from God is Not a Republican