What’s Wrong with a Tree of Knowledge? 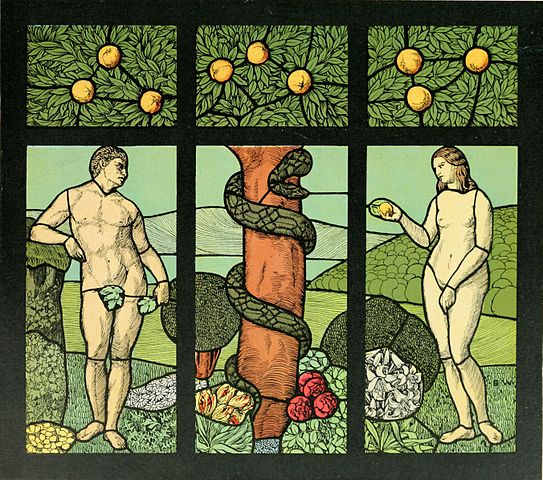 Swedenborgians tend to be big fans of reason. When I was growing up, my denomination branded itself as “a religion that makes sense,” and there still tends to be a big focus among Swedenborgians on the intersection of faith and science.

It’s easy to see why. Swedenborg himself was a scientist before he was a revelator, and even in describing his incredible visions of heaven and hell, his works express a measured, logical approach to reality. The theology in the Doctrine of the New Church (i.e. Swedenborg’s theological works) explicitly endorses a rational approach to faith and life. 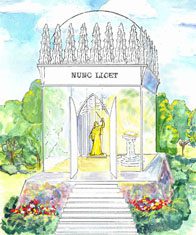 For example, Swedenborg reports seeing a temple in heaven, the Temple of Wisdom, with the words “Nunc Licet” – “now it is permitted” – over the doorway, and is told that it means, now it is permitted to enter with the understanding into the mysteries of faith.

The New Church concept of faith involves an intellectual sight, rather than blind belief in what an authority has said. Faith is defined in the book Doctrine of Faith as “in internal acknowledgment of truth” or “an internal sight of truth.” A faith that does not involve any intellectual sight or understanding is not genuine faith at all:

The angels utterly reject the dogma that the understanding should be kept in subjection to faith; for they say, “What is it to believe a thing, and not to see whether it is true?” If anyone declares that still it must be believed, they reply, “Do you think that you are God whom I ought to believe, or that I am mad to believe an assertion in which I do not see any truth? Cause me therefore to see it.” (Doctrine of Faith §4)

From all that, it’s pretty clear that the New Church values reason and intellect. But because of this, the casual reader of Swedenborg can come away with the impression that individual reason is the only thing that matters, or at least that reason is the primary foundation of faith – i.e., you ought to believe whatever makes sense to you.

And yet, according to the Doctrine of the New Church, placing individual reason on a pedestal that high is not just a mistake – it is the original sin. Genesis recounts God telling Adam and Eve not to eat from the tree of knowledge of good and evil. The modern man asks, “What could be possibly be wrong with knowing good and evil?” But according to the exposition in Arcana Coelestia, it is not knowledge that is the problem – it is the false belief that a person can know good and evil from himself, from his reason alone, and so can be “like God,” as the serpent promises Adam and Eve. Reason alone brings death.

Why? Because reason, despite being one of the most valuable tools given to human beings, cannot derive true first principles. Humans are selfish creatures, and without an objective outside source to tell them otherwise, “pure reason” will inevitably come to conclusions that justify acting primarily for one’s own self-interest. Unless first principles involve turning to God, reason will eventually lead a person to worship himself (“rational egoism” in polite terms).

When a person’s basic assumption is to believe nothing until he sees and understands it, he cannot possibly believe; for spiritual and celestial things are neither visible to the eyes nor comprehensible in mental images. But the true order is for a person to become wise from the Lord, that is, from His Word. In that case everything follows as it should, and he is also enlightened in matters of reason and of fact. Indeed nobody is forbidden to acquire knowledge, since it is useful for life and gives delight. And the person in whom faith resides is in no way forbidden to think and to talk as learned people in the world do. But he does so from the premise of belief in the Lord’s Word and of confirming spiritual and celestial truths by means of natural truths, using as far as is possible the terminology of the learned world. Consequently his premise must be the Lord, not self; the former is life, while the latter is death.

Reason is a two-edged sword, leading to wisdom or to self-destruction. I do think New Church Christianity is a “religion that makes sense” – but a kind of sense that is infuriating to rationalists. It has to be lived to be seen. It’s the living that opens a person’s eyes to that “sight of truth” that is faith, not abstract thinking from some kind of illusory pure reason. Reason is good, but in the end, faith still must come first – not to subjugate reason, but to give it a solid foundation. 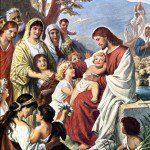 November 8, 2016 Why Trump Defied the Polls
Recent Comments
0 | Leave a Comment
"nice article."
Brandon Roberts When the devil tries to ruin ..."
"Mirrors reflect the images as they are. They are tools of self reflection to help ..."
trina@crossed.us Four Ways of Looking at a ..."
"I'm not sure I follow what you're saying, but it sounds like you're pointing out ..."
Delphi Programmer Is There Marriage in Heaven?
"That's a very interesting perspective. So, in essence, what you're saying is that committed exclusive ..."
Delphi Programmer Is There Marriage in Heaven?
Browse Our Archives
Related posts from Good and Truth