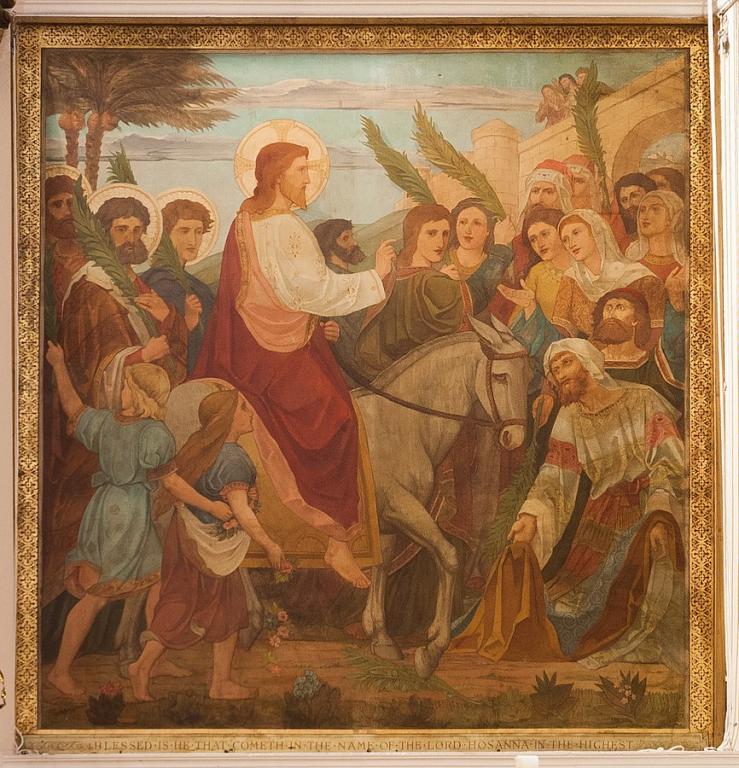 I’ve always had questions about exactly how to hold Palm Sunday. It seems odd to have this temporary celebration before the bleakness of Good Friday and then the real joy of Easter Sunday. There’s the tension between the apparently genuine celebration and the incomprehension even among Jesus’s closest followers of what it would really mean for Him to be named King. I’ve tended to value the event primarily for the way it heightens the shock and grief of the rest of the week – the sudden way that the rug is swept out from under the disciples who expected a final fulfillment of the promises of the Lord’s kingdom. This morning I was struck by another angle on it.

There’s a recurrent motif throughout Scripture in which a brief foretaste of something good is given before a period of darkness, and then eventually the experience of the good itself. Abraham and Isaac and Jacob live in the promised land, but then the family moves to Egypt, and the rest of the Old Testament narrative is about the return to inhabit the land. On a smaller scale within the same story, the spies into the land bring back giant clusters of grapes, a literal taste of the land’s bounty – but the people are afraid to enter the land, and so there are forty years in the wilderness before they get to enter the land (Numbers 13). When Elijah flees from Jezebel, he is given food and drink to strengthen him before a forty-day journey in the wilderness, at the end of which he hears the voice of God giving him deeper strength (1 Kings 19). In the New Testament, Jesus is baptized and the Holy Spirit descends from heaven – and then Jesus experiences forty days of temptation in the wilderness before beginning His ministry (Mark 1:9-13).

There’s a passage from Arcana Coelestia that describes a similar thing on a spiritual level:

The person who is being regenerated is at first in a state of tranquillity; but as he passes into a new life, he also passes at the same time into an untranquil state; for the evils and falsities with which be had before become imbued emerge and come forth, and disturb him, and this at last to such a degree that he is in temptations and vexations inflicted by the diabolical crew, who are continually striving to destroy the state of his new life. Yet inmostly the person is in a state of peace, for unless this were with him inmostly, he would not combat, for in his battlings he is continually looking to this state as the end, and unless he had such an end, he would in no wise have power and strength to combat. (AC §3696)

We see something like this in the experience of a young married couple on their honeymoon. It’s universally acknowledged that the passion and love that a young couple experiences on their honeymoon is not as deep or as real as the love between a long-married couple that has gone through the fire and knows what it means to work at love. But the honeymoon is not “fake” or worthless – it is a vital starting point to sustain a couple, to give them a foretaste of the real thing, to carry them through the inevitable struggles that will come.

I wonder if this is something of what we’re seeing in the events of the triumphal entry. Maybe it is best seen as a genuine celebration of the Lord’s kingship – necessarily not fully understood yet, but important to lay a foundation of hope that can carry through the darkness of Friday until its fulfillment on Sunday morning.

Image is Painting of the Triumphal entry into Jerusalem by Alexander Gibbs (1832–1886) on the north wall of the sanctuary at Belfast St. George’s Church, executed in 1883/4. Posted by Andreas F. Borchert, CC BY-SA 4.0, Link. 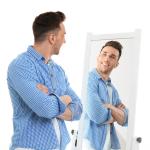 April 14, 2019
Recent Comments
0 | Leave a Comment
"nice article."
Brandon Roberts When the devil tries to ruin ..."
"Mirrors reflect the images as they are. They are tools of self reflection to help ..."
trina@crossed.us Four Ways of Looking at a ..."
"I'm not sure I follow what you're saying, but it sounds like you're pointing out ..."
Delphi Programmer Is There Marriage in Heaven?
"That's a very interesting perspective. So, in essence, what you're saying is that committed exclusive ..."
Delphi Programmer Is There Marriage in Heaven?
Browse Our Archives
Related posts from Good and Truth