Do I Really Want to Be Peaceful?

I preached yesterday on the healing at the pool of Bethesda from John 5. There was a man who had been sick 38 years, and for some significant part of that time he’d been hanging out by a curative pool, every day unable to reach the waters that, when stirred by an angel, healed the first person to enter them. Jesus comes in and asks the man a crazy question: “Do you want to be made well?”

Except that anyone who’s spent time reflecting on this story realizes that it’s not such a crazy question. If we have some kind of spiritual illness – an addiction, an unhealthy pattern of behavior, a struggle with sin – there’s always some part of us that WANTS to hold onto it. If there wasn’t, we wouldn’t be struggling with it.

I was trying to think of particular examples for the sermon, and I realized that a big one for me is a feeling of constant anxiety and overwhelm and busy-ness. I legitimately have a very busy life, and I have a tendency to think, “I could stop stressing out over things if there wasn’t so much going on.” But the truth is there’s part of me that likes being able to run through the massive litany of stuff going on in my life, and that doesn’t want to let go of the feeling of the constant impending avalanche of work.

I’m not alone in this – modern society seems to have a weird thing where we brag about how much we have to do and how overwhelmed we are by it all. Digging into this a little deeper, I came across this 2014 Washington Post article by Brigid Schulte about this tendency. A few key insights from her piece:

People compete over being busy; it’s about showing status. “If you’re busy, you’re important. You’re leading a full and worthy life,” Burnett says. Keeping up with the Joneses used to be about money, cars and homes. Now, she explains, “if you’re not as busy as the Joneses, you’d better get cracking.”

Even as neuroscience is beginning to show that at our most idle, our brains are most open to inspiration and creativity — and history proves that great works of art, philosophy and invention were created during leisure time — we resist taking time off. Psychologists treat burned-out clients who can’t shake the notion that the busier you are, the faster you work, and the more you multitask, the more you are considered competent, smart, successful. It’s the Protestant work ethic in overdrive.

In the Middle Ages, this kind of frenzy — called acedia, the opposite of sloth — was one of Catholicism’s seven deadly sins. But today, busyness is seen as so valuable that people are actually happier when they’re busy, says Christopher Hsee, a psychologist and professor of behavioral science at the University of Chicago. “If people remain idle, they are miserable,” he wrote in Psychological Science in 2010. “If idle people become busy, they will be happier.”

I think it goes even deeper than this: if I can hold onto the sense that I’ve got way too much to do, then I don’t have to feel responsible for doing things creatively, and I don’t have to feel shame for letting things slip through the cracks, or being less than perfect. It’s a shield against vulnerability and self-criticism.

I have an uncomfortable suspicion that the way forward is to stop waiting for life to slow down and instead to choose different ways of approaching it – trusting that I can breathe, take a Sabbath rest, find ways to work with joy instead of stress. You know, taking up my bed and walking in the Lord’s Word, like I told everyone at church to do yesterday. As so often happens, the aphorism holds true: we teach best what we most need to learn. 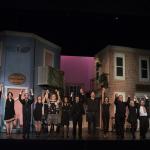 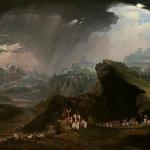 Why American Evangelicalism Was QAnon's Perfect...
Honest to God
Related posts from Good and Truth