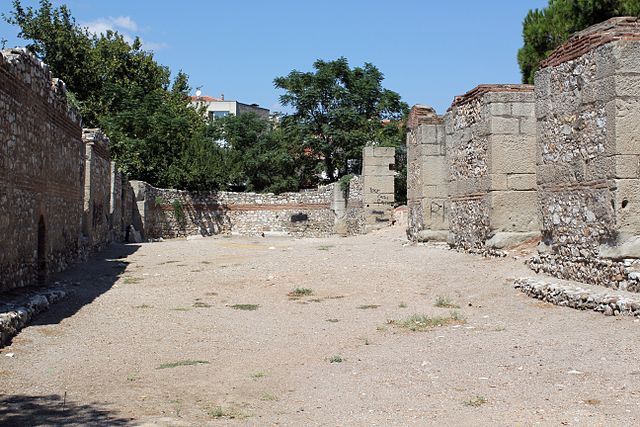 Message to the church: “And to the angel of the church in Thyatira write, ‘These things says the Son of God, who has eyes like a flame of fire, and His feet like fine brass: “I know your works, love, service, faith, and your patience; and as for your works, the last are more than the first. Nevertheless I have a few things against you, because you allow that woman Jezebel, who calls herself a prophetess, to teach and seduce My servants to commit sexual immorality and eat things sacrificed to idols. And I gave her time to repent of her sexual immorality, and she did not repent. Indeed I will cast her into a sickbed, and those who commit adultery with her into great tribulation, unless they repent of their deeds. I will kill her children with death, and all the churches shall know that I am He who searches the minds and hearts. And I will give to each one of you according to your works. “Now to you I say, and to the rest in Thyatira, as many as do not have this doctrine, who have not known the depths of Satan, as they say, I will put on you no other burden. But hold fast what you have till I come. And he who overcomes, and keeps My works until the end, to him I will give power over the nations– ‘HE SHALL RULE THEM WITH A ROD OF IRON; THEY SHALL BE DASHED TO PIECES LIKE THE POTTER’S VESSELS’ as I also have received from My Father; and I will give him the morning star. “He who has an ear, let him hear what the Spirit says to the churches.” ‘ (Revelation 2:18-29)

Description: There are actually a few different types of people who spiritually belong to the church in Thyatira, but what binds them together is that they put faith first. For some, this is a good thing – they have a faith that is connected to “works, love, service,” and “patience.” But they have allowed some of the Lord’s “servants” to give into sexual immorality and idolatry. This second group consists of people who pay lip service to faith but don’t make it a matter of life – they marry faith to evil works, and so profane it. If faith is the most important thing to you, this is always something to remain vigilant for – a temptation to downplay the need to live by that faith. If faith requires only an intellectual belief and not faithfulness to the Lord and His commandments, then it is not really faith.

Call to action: The truth is that faith is not the primary thing – love is – and that putting faith first will always lead to some problems. But if you feel like you cannot put love first without losing your faith, then you are called to “hold fast to what you have” – the firm conviction that faith requires intentional allegiance to the Lord and His commandments.

Promise: The people of Thyatira who overcome and keeps the Lord’s works to the end will “rule over the nations with a rod of iron.” That rod of iron represents the solid, simple teachings from the literal sense of Scripture about the the importance of living out your faith. These simple teachings will give you strength to overcome that temptation to make faith only a matter of intellectual belief, until you receive “the morning star” – a clear sight of the truth. 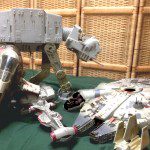 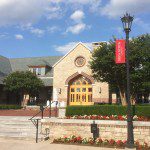 June 28, 2017 I Have a New Job!
Recent Comments
0 | Leave a Comment
"nice article."
Brandon Roberts When the devil tries to ruin ..."
"Mirrors reflect the images as they are. They are tools of self reflection to help ..."
trina@crossed.us Four Ways of Looking at a ..."
"I'm not sure I follow what you're saying, but it sounds like you're pointing out ..."
Delphi Programmer Is There Marriage in Heaven?
"That's a very interesting perspective. So, in essence, what you're saying is that committed exclusive ..."
Delphi Programmer Is There Marriage in Heaven?
Browse Our Archives
get the latest from
Progressive Christian
Sign up for our newsletter
POPULAR AT PATHEOS Progressive Christian
1

Jesus is/isn't the only way. -...
The Holy Kiss
Related posts from Good and Truth