No, God didn’t tell you that your girlfriend should marry you 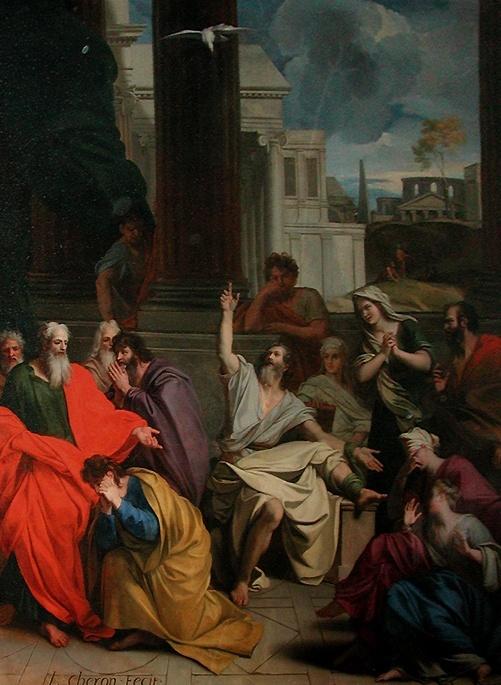 This week in my “Introduction to New Church Theology” class we’re talking about freedom. One of the foundational principles in New Church theology is that “the Lord guards freedom in man as man guards the pupil of his eye” (Divine Providence §97). Because of this, most New Church people (myself included) are extremely wary of anyone saying, “God told me to do it.” I believe that God inspires, chastises, leads, nudges and calls people; but if someone hears a voice telling them what to do, and ESPECIALLY a voice telling them what someone else should do – I tend to think that’s probably not God.

This is expressed pretty plainly in Divine Providence §321:

[People who await influx] do not receive any, except for a few who long for it from the heart. These sometimes receive some response through a consciously experienced perception in thought, or through a tacit verbal communication in the influx, and rarely by an evident one; and the response then is for them to think and act as they will and are able, that someone who acts wisely is wise, and that someone who acts foolishly is foolish; and they are never told what to believe or what to do. They are not told in order to keep their human rationality and freedom from perishing, which is to say, to keep each of them acting in freedom in accordance with their reason, to all appearance as though they did so of themselves.

People who are told by influx what to believe or what to do are not being instructed by the Lord, nor by any angel in heaven, but by some … spirit, by whom they are led astray.

All influx from the Lord takes place in an enlightenment of the intellect, and through an affection for truth, and flows through the latter into the former.

With all that in mind, I’ve sometimes wondered about the kind of influx and inner dictate that the apostles experienced – the voice of the Holy Spirit that in some senses seems pretty close to that direct instruction about what to do, e.g. in Acts 13:2:

As they ministered to the Lord and fasted, the Holy Spirit said, “Now separate to Me Barnabas and Saul for the work to which I have called them.”

Part of the answer, I think, is that God speaks to the church differently today than He did to the early apostles (for reasons I don’t have space to go into here). Even within the context of the New Testament church, though, I think there are indications that the dictate of the Spirit was not as cut-and-dried as it sometimes seems.

The most notable of these is described in Acts 21. Paul has set his sights on Jerusalem, with the conviction that God’s will is for him to go there. But he is told by several others from the Spirit that he should not do so. He does it anyway, apparently without going against God’s will:

(3) When we had sighted Cyprus, we passed it on the left, sailed to Syria, and landed at Tyre; for there the ship was to unload her cargo. (4) And finding disciples, we stayed there seven days. They told Paul through the Spirit not to go up to Jerusalem. …On the next day we who were Paul’s companions departed and came to Caesarea, and entered the house of Philip the evangelist, who was one of the seven, and stayed with him….. (10) And as we stayed many days, a certain prophet named Agabus came down from Judea. (11) When he had come to us, he took Paul’s belt, bound his own hands and feet, and said, “Thus says the Holy Spirit, ‘So shall the Jews at Jerusalem bind the man who owns this belt, and deliver him into the hands of the Gentiles.’ ” (12) Now when we heard these things, both we and those from that place pleaded with him not to go up to Jerusalem. (13) Then Paul answered, “What do you mean by weeping and breaking my heart? For I am ready not only to be bound, but also to die at Jerusalem for the name of the Lord Jesus.” (14) So when he would not be persuaded, we ceased, saying, “The will of the Lord be done.” (15) And after those days we packed and went up to Jerusalem. (Acts 21:3-15)

What’s going on here? Was the voice of the Spirit to the disciples in verse 4 mistaken? I don’t think so – I think the disciples really did have a sense from the Spirit that Paul should not go to Jerusalem, and the prophet Agabus really did have some perception of what might happen to him there. But Paul himself, it seems, had yet another sense of his mission – which included his persecution and death, but which did not forbid him from going to Jerusalem. It’s not that the Spirit was wrong – but the Spirit spoke in such a way that the message could be understood differently by different recipients, and the voice of the Spirit to one group was not binding on someone else.

I think it’s the same today. The Lord will still inspire, call, and guide people to do certain things. He does so in general ways through His Word, and in specific ways by each individual’s perception as they try to live by the Word. But He does not give dictates in such a way that a person is left without any freedom to interpret or understand the call in their own way. We need to be humble about our own perception of what we’re being called to. And if we think we know exactly what God wants someone else to do – we are almost certainly wrong.

(Image is The Prophecy of Agabus by Louis Cheron. Scripture taken from the New King James Version®. Copyright © 1982 by Thomas Nelson. Used by permission. All rights reserved.) 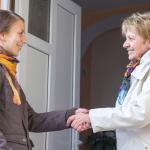 September 3, 2017
You can’t invite anyone in if you don’t have walls and doorways
Next Post 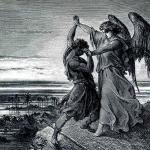 Snake-handling is unwise, but at least...
slacktivist
Related posts from Good and Truth